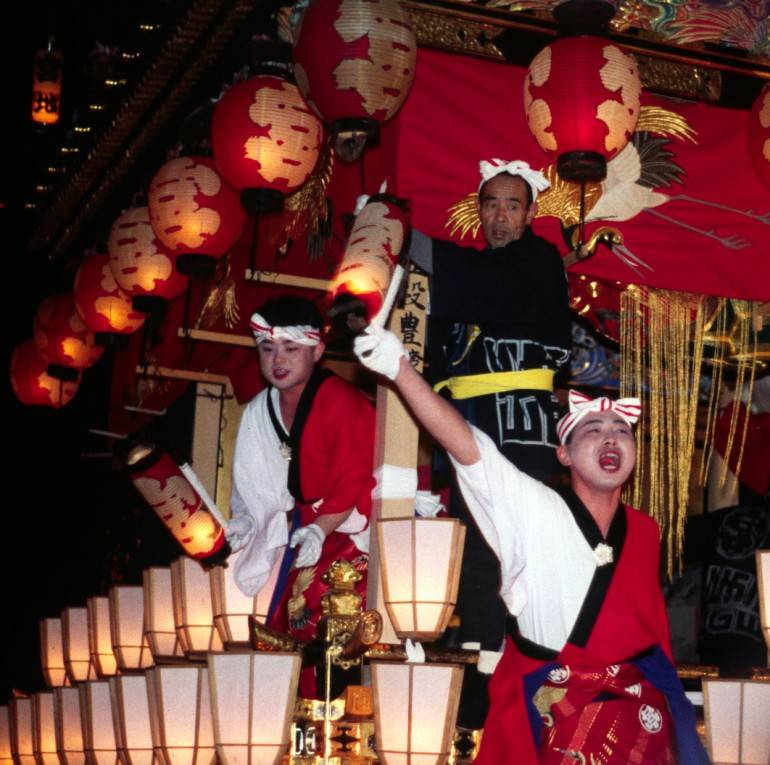 With all these winter illuminations going on you have to do a bit more to get some attention – like blow things up.

One such explosive event is the Odaiba Rainbow Fireworks.  If all the fairy lights and the giant Gundam robot isn’t enough for you, at 7pm on each Saturday for the remainder of 2013, there will also be a short but sweet fireworks display between Odaiba and Rainbow Bridge.  You can read more on our event page or read about Richard James’ night out in Odaiba.

While on the theme of fireworks, another festival vying for your attention is the Chichibu Yomatsuri.  This is a major “night festival” at one of Japan’s oldest shrines – and it has fireworks.  It shouldn’t really be in the Cheapo Weekend though as it takes place on Tuesday, December 3  (Not everyone has a Saturday/Sunday weekend!)  More details here.

The autumn leaves are even more spectacular than they were last week, so if you haven’t done it already, check out the Jingugaien Icho Festival and the Autumn Evening Illumination at Rikugien that we profiled in last week’s Cheapo Weekend.