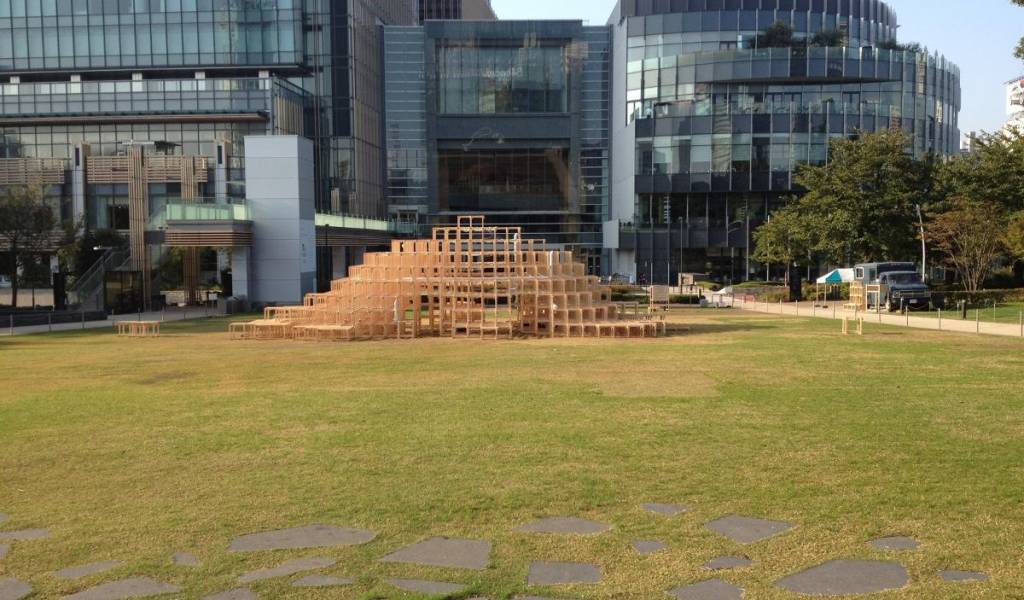 After an unprecedented one whole week of Halloween parties it’s time to calm down and get civilised people! With the weather cooling and design events on everywhere, dig out that turtle neck and start practicing those moody, contemplative scowls to use at design events around Tokyo.

Tokyo Designers Week is actually the name of a single event on at Meijijingu Gaien from October 30th to November 5th rather than the name of all the events that happen in Tokyo at this time.  The event features a large tent surrounded by containers with an assortment of design, installations and exhibits.  There is also a market area at which you can purchase design knickknacks from designers all around Japan and others who have traveled to TDW from all over the world.  Entrance is a bit pricey at 2,500yen, but if you paint your nails in some way related to the theme of TDW (which is ‘Love’) you’ll get in for half price. Closest stations are Gaienmae on the Tokyo Metro Ginza Line and Shinanomachi on the JR Sobu-Chuo Line.

If the prospect of painting your nails doesn’t appeal, Design Tide Tokyo 2012 is also on nearby at Tokyo Midtown Hall and various venues around town from October 31st until November 4th. Design Tide has more of an industry focus and describes itself as a ‘design trade show’ so the emphasis is on design you can buy and sell. Related to the event (although not officially part of it), the grass square behind Tokyo Midtown has become ‘Design Touch Park’ with a large wooden structure/installation (shown above) which as the name suggests, you are welcome to touch and to climb on.  Design Touch Park is free while the main event costs 1,500 yen to get in with a 500yen discount for students. So if you paint your nails, TDW probably offers much better value.  The closest stations are Roppongi on the Tokyo Metro Hibiya Line and the Toei Oedo Line as well as Nogizaka Station on the Tokyo Metro Chiyoda Line.

Summer and Autumn at the Yoyogi Park event square have seen ethnic festivals from around the world and regional festivals from the north to the south of Japan.  This weekend, the locals finally get their turn.  The event square will be given over to the Shibuya Ward Citizens Square Hometown Shibuya Festival (only bureaucrats could come up with a name this awkward).  A large part of the festival will be taken up by a ‘bazaar’ – so if you’re after a big crafty type market, you should head to this festival.  They’ll also be selling recycled bicycles, giving away free apples and aburaage on different days as well as well as having a place where kids can pet dogs on Saturday and ride ponies (!) on Sunday.   Closest stations are Meijijingumae/Harajuku on the Chiyoda, Fukutoshin and JR Yamanote Lines and Yoyyogikoen on the Chiyoda Line.

If you’ve been wanting to check out Jimbocho – Tokyo’s book town –  then this Saturday the 3rd of November (it runs on Thursday and Friday as well) you might want to take a look at the Used Book Festival.  It’s dependent on the weather, but if it’s not raining, the streets will be lined with bookshelves stacked with thousands of books. The enormous majority of the books will of course be in Japanese, but if you can’t read them you’ll at least be able to smell them and look at the pictures! To get there, exit from Jimbocho Station and head to the east along Yasukuni Dori.