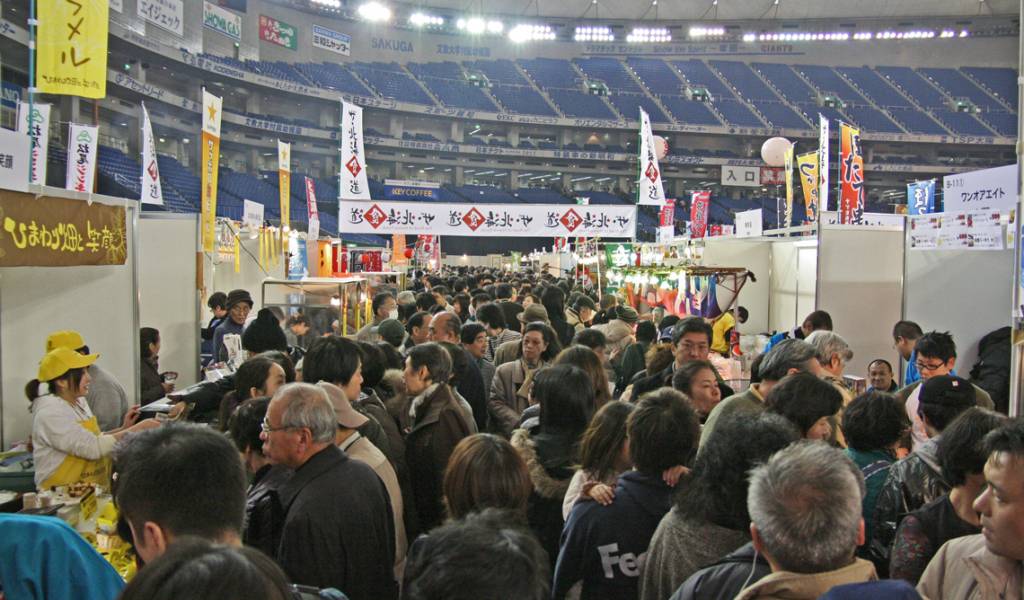 Seven Lucky Gods Pilgrimage (Jan 1-10): There are many different routes throughout Tokyo that you can take for visiting shrines of the Seven Lucky Gods. This pilgrimage usually takes place during the first 10 days of the New Year. It’s not an organized event, you’ll have to take on the adventure by yourself or with friend—but, hey, you never know what other wayfarers you’ll meet along the way.

Torigoe Shrine Tondoyaki (Jan 8): Did you don your abode in New Year decorations? Don’t know what to do with said decorations now that the holidays are officially over? Head to Torigoe Shrine to have them burned in a ceremonial fire called tondoyaki. It’s claimed that if you get some of that smoke breeze on you from the fire, you’ll be set for good health in the upcoming year.

Furusato Festival Tokyo (Jan 8-17): This festival taking place at Tokyo Dome offers a smorgasbord of regional cuisines hailing all the way from Japan’s northernmost island, Hokkaido, to Okinawa in the south. There’ll also be a selection of over 100 craft beer to choose from.

Winter illuminations (ongoing until Feb): Perhaps you left Tokyo for the holidays, or maybe you’ve just arrived, and you want to see what the city has to offer whimsy-wise—in either case Caretta Shiodome and Tokyo Dome still have their winter illuminations up for oohing and aahing. If you’re headed to the latter, you can combine your illumination gazing with some snacking at the above Furusato Festival.