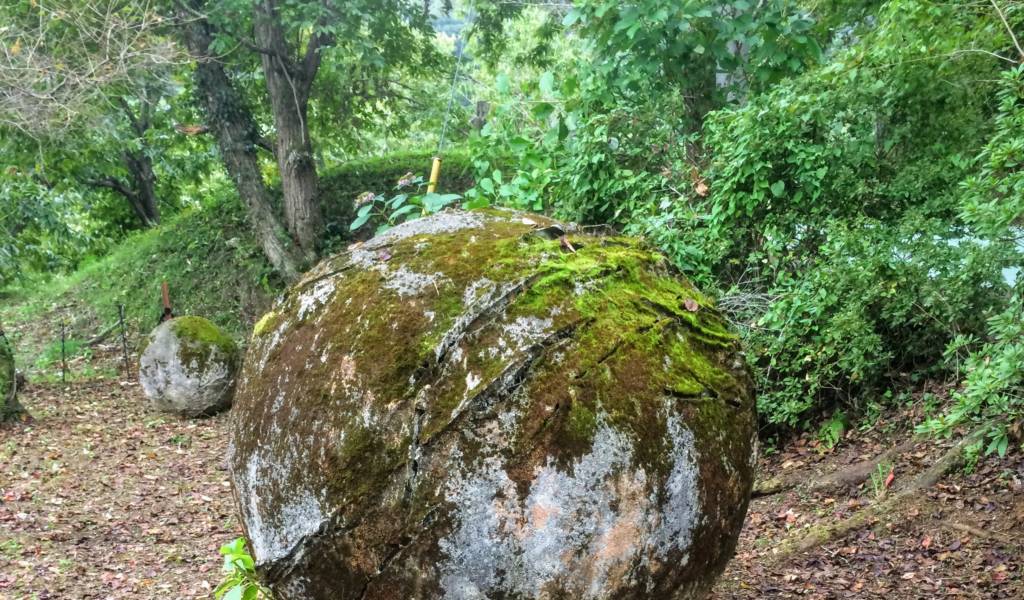 Fujino: A Place for Artists, Lovers and Eco-Warriors

Ever seen that strange giant envelope on the mountain as you drive on the highway toward Mount Fuji from Tokyo? Ever wonder what it is? It’s a love letter, to you, from a little town called Fujino.

When it comes to tourism, Fujino lives very much in the shadow of nearby Mount Takao. Takao, around an hour outside of Tokyo, is a beloved spot for Japanese, expats and tourists alike to soak up some of Japan’s rustic, charm. I’m told more people (roughly 2.6 million) climb Takao than any other mountain in the world each year. And that makes perfect sense—there’s some serious cultural heritage, it’s an easy climb, and the views can be spectacular.

Takao in and of itself makes for a great day trip: You can start with a visit to the (free) Takao 599 Museum and learn about the nature, history and cultural significance of the mountain. For a spectacular view (with none of the effort of climbing), hop on the cable car (¥480) to the top where you can take in some fresh air and even pop into Yakuoin Temple for a traditional vegetarian Buddhist meal.

That’s why, for all those reasons and more, there are already so many great articles about spending a day at Takao. And if I had to guess, it’s why so few people take the extra two stops on the train (12 or so minutes) to discover Fujino. Here’s why they’re wrong not to.

Best known as a haven for resident artists, Fujino has many studios and galleries, mostly centered around the Art Village. Along with the usual gift shops, the complex hosts workshops where you can try your hand at crafts including pottery, glassmaking and jewelry making.

The “Elephant market”, where stalls hawk local goods and crafts is also hosted here every third Saturday. You can check their website for dates and reservation details. Naturally it’s all in Japanese.

To the casual observer, what often appear to be strange alien relics dropped into the countryside are in fact signs of a carefully curated outdoor sculpture park. The sculptures follow a vague trail, which was devised as a way to attract tourists. It feels like a slightly insane scheme to get approved, but approved it was—which if nothing else speaks for the town’s subversive ethos.

The FujinoART app (Google / Apple) is well worth downloading in advance if you’ve got internet access. The app tracks your distance from nearby sculptures, and gives you a little picture and some flavor text once you’re close. Effectively it’s like Pokémon GO, only classy as hell. It’s not the most intuitive app, but the short explanation of each piece’s significance in English definitely improves the experience. If you want the app to work, you’ll need to give it permission to access your GPS coordinates.

Japan is at its most compelling when it’s under a layer of rust and moss—so even when you’re not looking at a specific art piece, there’s a whole lot to see. Parts of the town, especially further from the quirky and well-maintained houses near the station, inhabit an uncertain space between neglect and abandonment. There’s an almost voyeuristic pull to seeing things people once cared about left to the elements. Sheds are shredded by wind and rain. Old bicycles are claimed by nature. Signs are rusted beyond recognition.

Reassuringly, many of the sculptures themselves remain pristine—which suggests they’re far from given up on. Indeed, the Green Love Letter mentioned earlier wasn’t even created for this walk. What was intended as a temporary installation in the 80s proved so popular that it’s apparently been repaired and maintained there by locals ever since.

In 2007, Fujino amalgamated with Sagamihara, but it maintains an ambitiously creative, communal and rebellious streak. They have their own energy collective, which seeks to give residents greater control over their energy supply. Even some of the more run-down houses are fitted with solar panels, for which training sessions are held throughout the year.

According to a friend in a neighboring village, they even have their own local currency—a tactic used by many similar schemes to encourage local products and services to remain local. Naturally, if you ever have cause to stay the night, many of the lodging options are quirky, eco-minded cabins, yurts and guesthouses. Many of the farm plots in the area are specifically for residents—so expect to see plenty of local fruits and veggies on the menu too!

Getting to and getting around Fujino

From Shinjuku Station, staying on the Chuo Line will usually lead your straight to Fujino Station in around an hour and ten minutes.

The Art Village is about a 40-minute walk from the station, but local buses connect the two every one or two hours, reducing the journey to 10 minutes. Covering both the Art Village and Art Sanctuary can make for an ambitious day trip on foot, but If you plan your buses to and from the Art Village correctly, you shouldn’t have too much problem.

If you’re hunting down the sculptures you’ll need a tourist map. Hit up the information center in the station as a matter of urgency—even with the app some of the sculptures are well hidden. It’s also a little tricky at times to figure out what’s art and what’s just rural life without guidance.

What I thought was a sculpture was actually some kind of intricate, uncompleted farm structure. The route itself is a simple loop, but it’ll take you at least a couple of hours to get around the whole thing at a relaxed pace. All that said the sanctuary isn’t a competition—there’s no shame in going off the beaten track and missing a few pieces.

Climbing up to the top of the love letter will take a while longer. It’s only a 10-minute hike, but it takes you off the main trail a little. There’s a great view of the surrounding area, as well as a little bell for couples to ring. I’ve only been up there on my own, so I gave it a rather sad ring by myself. I have to think it’s nicer with someone else there to hear it.

If you’re feeling worn out by busy central Tokyo’s shiny, ever renewing façade, I’d urge you to explore the quiet streets of Fujino. Whether you’re wandering with your own thoughts or a partner, it’s hard not to feel the romance of the place.

Written by: Felix Wilson
Filed under: Art | Things to do
Tags:
Sharing
Questions or comments about this article?
Start a thread on our community forum
Ask our local experts about Tokyo