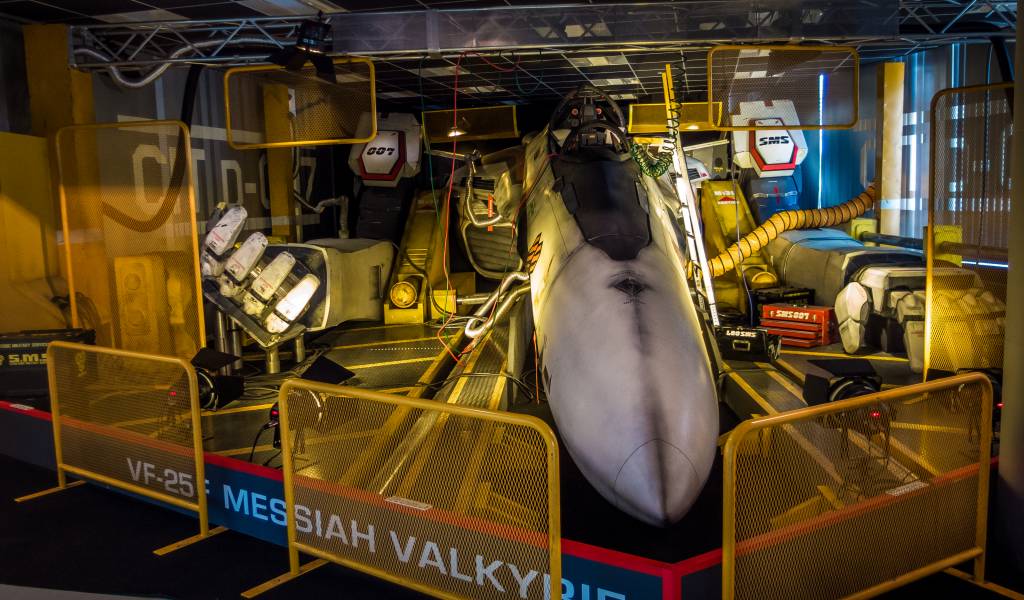 A Taste of the Future (No, Really!) in the Tokyo Skytree

For a country that has the whole world convinced it moved on to the 25th century 40 years ago, Japan is, for the most part, surprisingly lo-tech. Sure, a ride from Toyosu to Shinbashi on the self-driving Yurikamome Line can evoke images of Blade Runner (especially after the sun has set) but let’s be honest: outside the otaku nations of Akihabara and Nakano, the closest you get to true-to-life SciFi are the new vending machines that have replaced real bottles behind a glass with a huge touch screen depicting same bottles. Oh, and the taxis with the automated doors.

This is where the Chiba Institute of Technology swoops in, promising some hands-on experiences with the world of tomorrow. Housed on the 8th floor of the Soramachi mall in the shadow of Tokyo Skytree, the private college’s “campus” offers visitors the opportunity to interact with some of the projects researched in its labs. And yes, the combination of the ginormous (and, admittedly, futuristic-ish) tower and the nature of the projects themselves, manages to convey the much-lauded image of Japan as the land where the future is happening now.

Entering the campus, you get greeted by a life-size VF-25 Messiah Valkyrie mecha air fighter from the “Macross Frontier” anime universe. I’m not a fan of the series so I can’t say for sure how close they’ve got to the, ahem, real thing (not to mention that the real thing is, well, a cartoon) but I’ll be honest: it is fascinating and really gives out as if it has travelled through space and fought several battles. It’s a shame you can’t get in; I’d really love a picture in it for my “weird places I’ve been in Japan” collection.

Moving on you get to walk on earth’s solar system as filmed through telescopes and projected on the wall and the floor—this is less exciting than it sounds but makes a nice environment for the Messiah Valkyrie. After that follows a giant touch screen that looks as if it has been lifted off a spaceship bridge, offering information about the solar system, complete with real imagery and all kinds of scientific data; the interface designed by the CIT people is a nice balance between science and SciFi and even though you could say it’s just a (very) glorified tablet, it’s quite addictive!

Passing lightly from a case with the world’s only katana forged from a meteorite (say what?!) we get to the main room and can see a rescue robot in action (his brothers and sisters are at the moment working the Fukushima Daiichi Nuclear Power Plant—yes, that power plant), fly over the moon (again, imagery projected on the floor and walls), play football with planets and make them crash on each other in a room-shaped screen, see how regular sheets of paper get transformed into tablets and control our robotic shadow. This last part where the visitor’s movements get caught by sensors and get projected in the form of cubes on a long wall-screen is probably among the campus’ favorites.

And there’s more: a Mars exploration project where you can get to drive your own red planet probe, robots with human-like flexibility and robot-vehicle simulators, eyes-in-the-sky that are able to calculate three-dimensional distances, etc. All in all, you’ll probably won’t realize that a couple of hours went by and now you need to run to be in time for your climb up the Skytree or for the show in the 7th floor Konica Minolta “Tenku” Planetarium. Did I mention that entrance in the campus is free, that pictures are allowed and that the CIT people are very helpful?