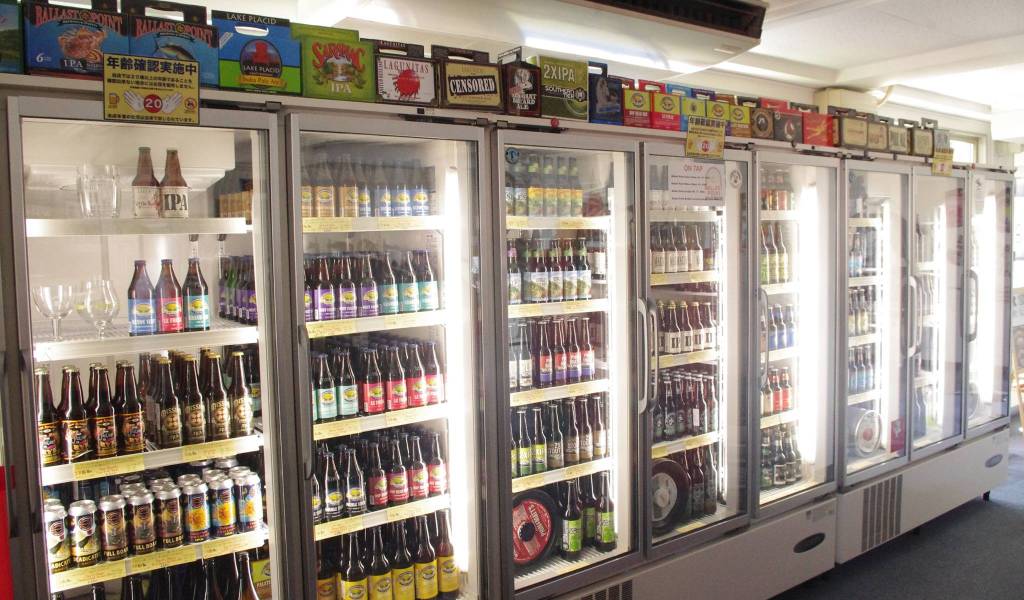 Antenna America is not what you’d expect from a craft beer bar in Japan. First, it’s on the 5th floor of a nondescript office building in Kannai (a couple of stops from Yokohama station). Second, there’s no pretension that this is anywhere else than a place to drink beer – so for your blue cocktails and belly dancers you’ll have to go elsewhere. The third, and most significant difference is the incredible selection of American craft beers – from a wallet friendly 500yen per bottle (prices have sadly gone up slightly due to the high dollar). 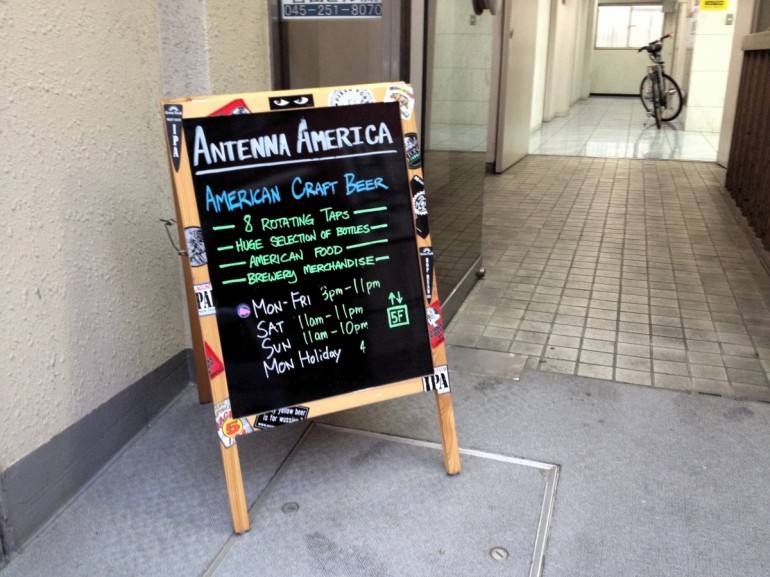 Set up by beer importers Nagano Trading, the purpose of Antenna America is as a display and tasting room for their wholesale customers – hence the minimal interior decoration. The general feeling of the place is something like a sports club rooms. At the opposite end of the room from the bar are a bunch of high tables with stools. There’s also a large balcony with a view of the Kannai skyline.

Beers are put on tap depending on the size of the crowd. If you’re lucky they may have up to 8 beers on tap. Draft beers are a few hundred yen more than the smaller bottles, but there are often some very rare beers poured from the taps.

If the names Coronado, Green Flash, Bear Republic, Lagunitas, Ballast Point and Stone mean anything to you, then you should know that there is nowhere cheaper in Japan to enjoy these brews. If those names are meaningless, the staff will happily recommend a beer for you if you’d like to become acquainted with any of these breweries. One thing that particularly pleased my cheapo sensibilities was on my first visit to AA when I picked out a more expensive beer from closer to the bar. The staff informed me that a slightly older bottle of the same beer was available from the cheap fridge!

Just so you don’t get completely hammered by these high alcohol IPAs and other varieties (there are plenty of 9 to 10% brews), there is a range of food that goes well with beer. There are burgers, fish tacos (770yen – pictured below), chips and more. The pizza is “Powered by Domino’s” so you should know what to expect.

When you’ve had your fill, don’t forget (like I did on my first visit) that Antenna America is also a beer wholesaler – so grab as many bottles as you can comfortably carry/afford to take home with you.