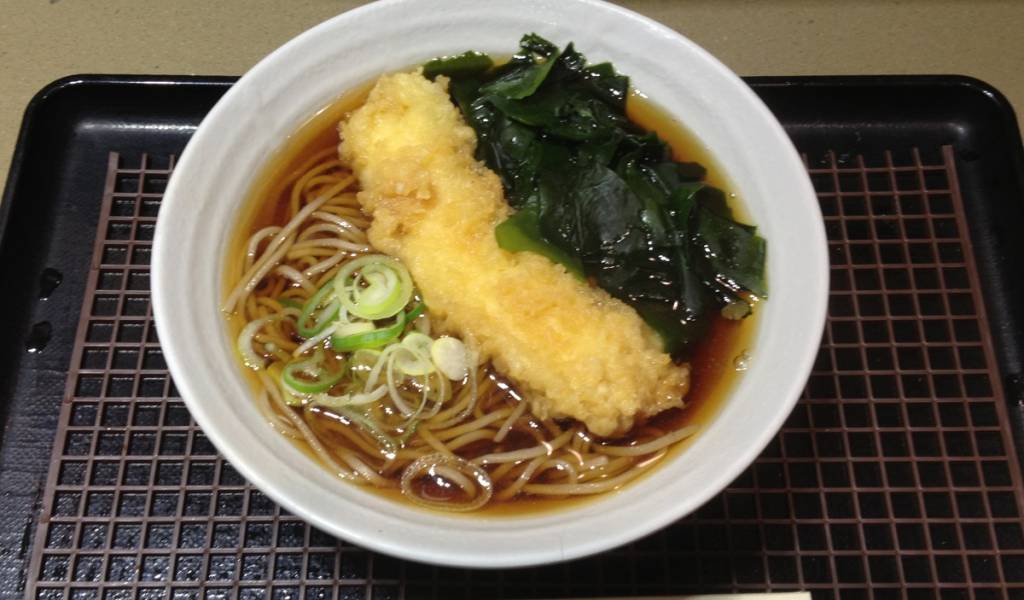 Fuji Soba is yet another one of the cheap’n’fast soba chains that proliferate around a train station near you. As we’ve mentioned before, (apart from the er… high sodium content of the broth) soba is about as healthy as you can expect for a meal that sets you back only a few hundred yen.

The first thing that strikes you on entering Fuji Soba are its production values – this place doesn’t masquerade as a local “mom and pop” soba store, it has the feel of being produced – which it is. The interior is simple but not quite in a fashionable zen-like sense. In the style of Japanese fast food places everywhere, the lighting is white, flursecent and intense. Enka music with a bitter/sweet swirling orchestral accompaniment evoking cheesy samurai dramas fills the store giving it a slightly fauxy rather than folksy feel.

While some of the smaller branches near big stations might be mainly standing, the Gotanda branch on the day I visited was all seated with a range of clientele including families, old couples, construction workers and a single non-Japanese taking far too many photos of his food.

The menu is fairly conventional with a range of options from plain soba with soup for 270yen through to sets with tempura and mini donburi for 500yen. In fact, there was nothing on the menu over 500yen. The special on the day I visited was a rather unusual tempura pork sausage on soba combination for 370yen.

I went for the ikaten soba (squid in tempura batter) with wakame and spring onions for 390yen. It was good! The soba was lighter coloured – in the fashion of Komoro soba. The soba was borderline soft but nothing to complain about. The tsuyu was a little on the salty side but nice and oily – which is a good thing! The squid tempura was a little hard but not a surprise – this was a 390yen bowl of noodles! Like Yoshi Soba, you also have the option of udon – the ‘gateway drug’ for soba noodles.

Overall, there’s nothing remarkable to set Fuji Soba apart from the other clones, so if you’re choosing among them at a station near you, go for the one with the most interesting interior. 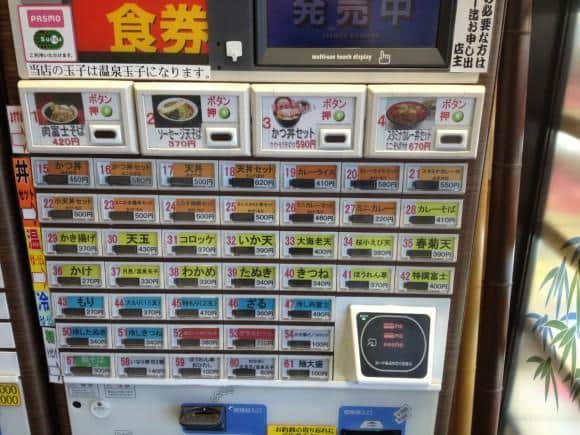