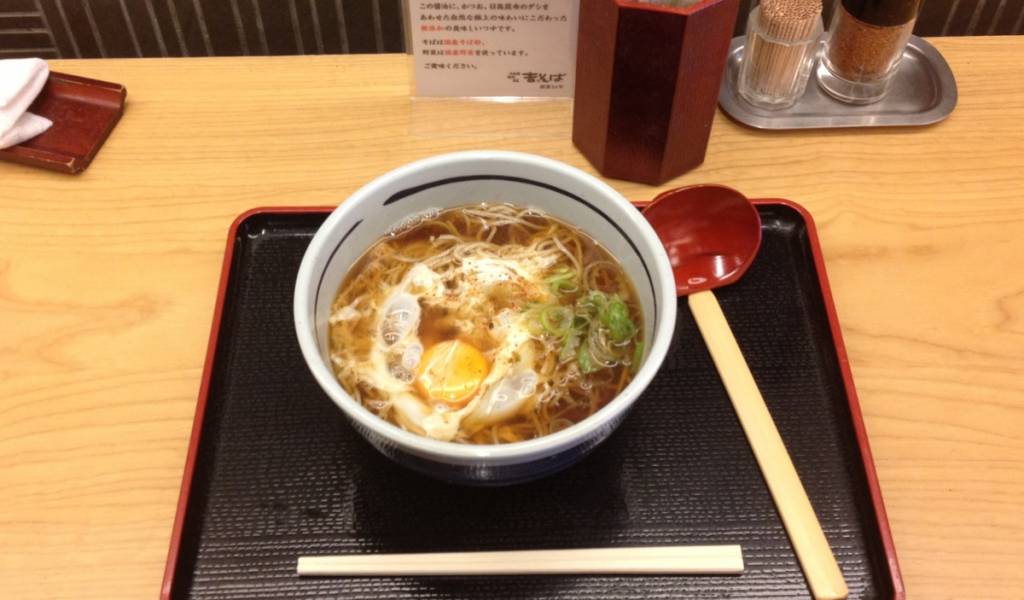 Yoshi Soba is a standing soba noodle bar which also sometimes has seats. While they’re not as ubiquitous as some of the other bigger noodle chains, their stores seem to be located in places where you can’t help but stumble across them – which is probably a good thing for a place that serves noodles 24 hours a day, 365 days a year.  Although I’ve lived for a number of years near a branch, for some reason it never drew me in so despite passing hundreds of times, I’d never ventured in. The branch that I ended up visiting was in Nishi Gotanda, and if this particular store was anything to go by, I should have tried it a long, long time ago. 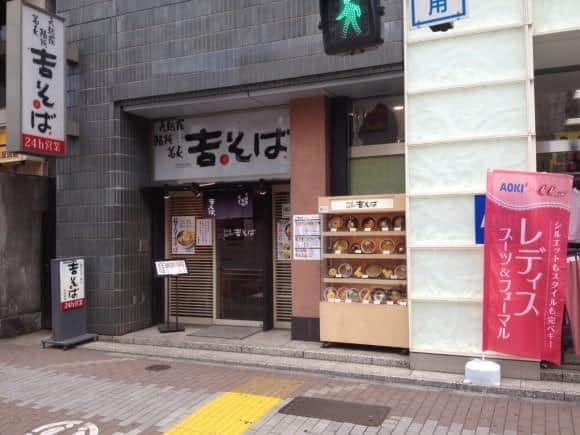 The noodles are cheap. The simplest option is a bowl of Kake soba – noodles with broth. This will set you back 270yen – a not uncommon price point for a basic bowl of noodles. Aside from that, judging by the numbers on the menu, they have at least 34 hot and cold dishes with the most expensive being a tempura donburi and soba set for 590yen.  One positive of this place for people who don’t read Japanese is that everything in the display case outside has a number that corresponds to a button on the vending machine. One small surprise when I handed my ticket over was being asked if I wanted udon – so you have the choice of either soba or udon noodles with each dish. 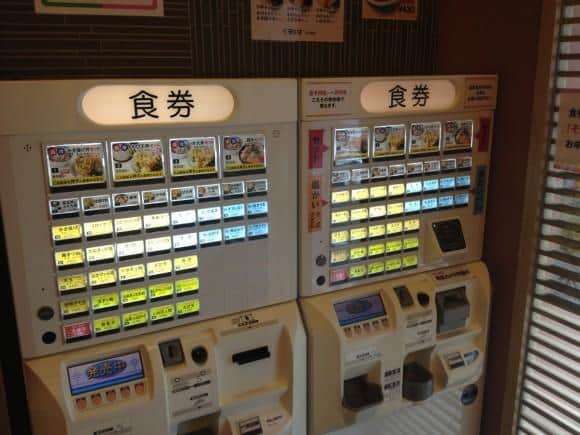 The thing that I didn’t expect from a stand-up soba bar was it to be so nice. The decor was clean, modern and thankfully not over-lit like so many budget restaurants. Even the jazz piano music playing on the sound system wasn’t what you’d expect. From looking through the window of other Yoshi Soba branches, they didn’t quite look as nice as this place, so the Gotanda branch might be a special case. 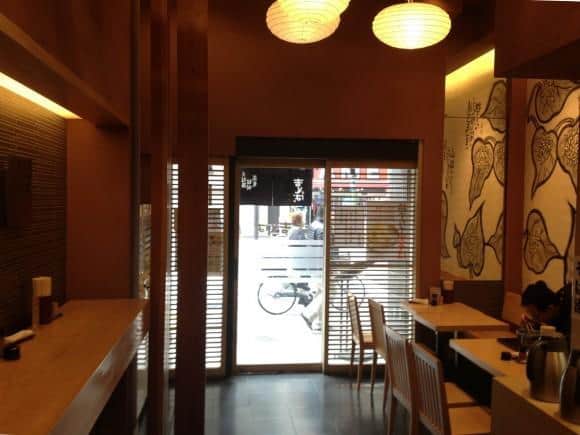 So on to the actual noodles! I ordered the Tsukimi Soba (moon gazing soba) – basically the kake soba with a raw egg dropped into it. The size seemed quite generous and the soba broth was as good as any I’ve had. The noodles were cooked just right and were a shade darker than those at Komoro Soba which I visited recently. Speaking of which, this place makes Komoro Soba feel like a faded canteen at a hospital. So Yoshi Soba definitely gets the cheapo seal of approval – although your mileage could vary depending on the store. 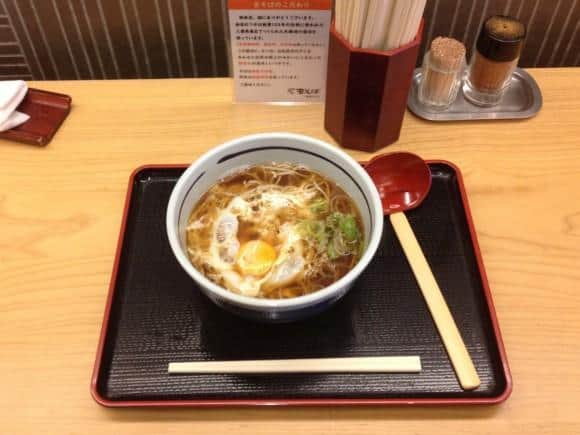 Yoshi Soba (吉そば)
From 270yen to 590yen with most dishes in the 370yen to 430yen range.
Official Website
Mostly 24 hours - with the exception of Nihonbashi, 1 store in Nakameguro and 1 in Gotanda.
Written by: Greg Lane
Greg's Tokyo favorites are: Shinshu Osake Mura, Kiyosumi Teien Garden, The American Craft Beer Experience 2023
Filed under: Eating & Drinking
Tags:
Sharing
Questions or comments about this article?
Start a thread on our community forum
Ask our local experts about Tokyo