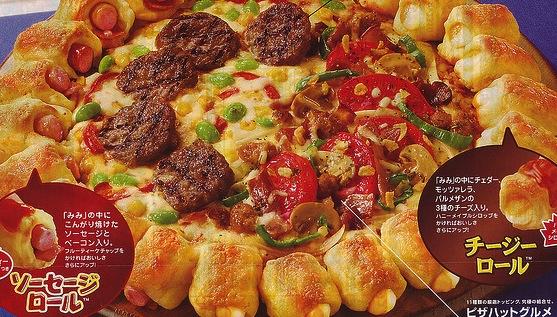 An Easy Way to Save on Dominoes Pizza

One of the downsides of living in Japan is not getting a slice of American pizza. It’s not that Japan doesn’t have pizza; it is just that most pizza in Japan is terrible, the stuffed crust of nightmares and there is a lot of mushroom for improvement. I mean seriously. Who the hell puts corn and mayonnaise on their pizza? Japan. That’s who and it really does get a rise out of me. You might even say I’m saucy about it. Pizza in Japan just has to be a spectacle and that can be a bummer for someone who just wants pizza mind.

I’m mostly talking about Domino’s and Pizza Hut, because thanks to the power of McDonaldization they are about as close as you can get to a normal tasting pizza, but they’re also incredibly expensive. Do you know how Denny’s and Burger King are suddenly five star restaurants in Japan? Well, the same goes for  joints like Domino’s and Pizza Hut. However, I can give you a few tips for ordering pies without paying a whole lot of dough. Get it? Dough! You probably didn’t get it cause it was so subtle! Ok. Ok. I’ll cut the puns out.

Anyway, Pizza Hut offers a monthly “half-off” weekend. I’ve been told the dates vary for each store, but the nearest store to me has it about every second weekend of the month. You can get a large pizza for about 1500yen , which is insane in its own right because it means a large pizza in Japan can go for 3000yen. That is $38 for a large pizza. Let that sink in for a while. Anyway, this is the perfect opportunity for you to try out that prawn, soft-boiled egg, corn and mayonnaise pizza you’ve been meaning to get.

Also, picking the pizza up from the shop will always be cheaper than delivery, but if you are absolutely set on delivery, then always order online. Every pizza shop that I know of in japan gives you some kind of discount or freebie for ordering online. For example, Domino’s offers a 5% discount and Pizza LA will give you a free drink. Another thing I would suggest is registering online if you can. I can’t read Japanese, so I just stick to the shops with English equivalents and while Domino’s does have an English site you can register with in Japan, Pizza Hut only offers an English Menu. You will have to register in Japanese here. The benefit is receiving a ton of coupons that will put your pizza at a reasonable price for delivery. Just look at my Domino’s inbox:

That and the 5% off I get for ordering online gives me a 20% discount for every pizza I order from Domino’s. That makes a 1600yen medium one-topping pizza around 1100yen every time. Also, write your address in English. I don’t know if it is the exact reason why, but Domino’s is almost always late and the delivery guy is constantly handing me coupons for 500yen off that are able to stack with my previous deals. I have been getting Domino’s pizza at 600yen a piece for over two months. I could literally build a fort with the boxes I’ve accumulated. They also make for a great canvas.