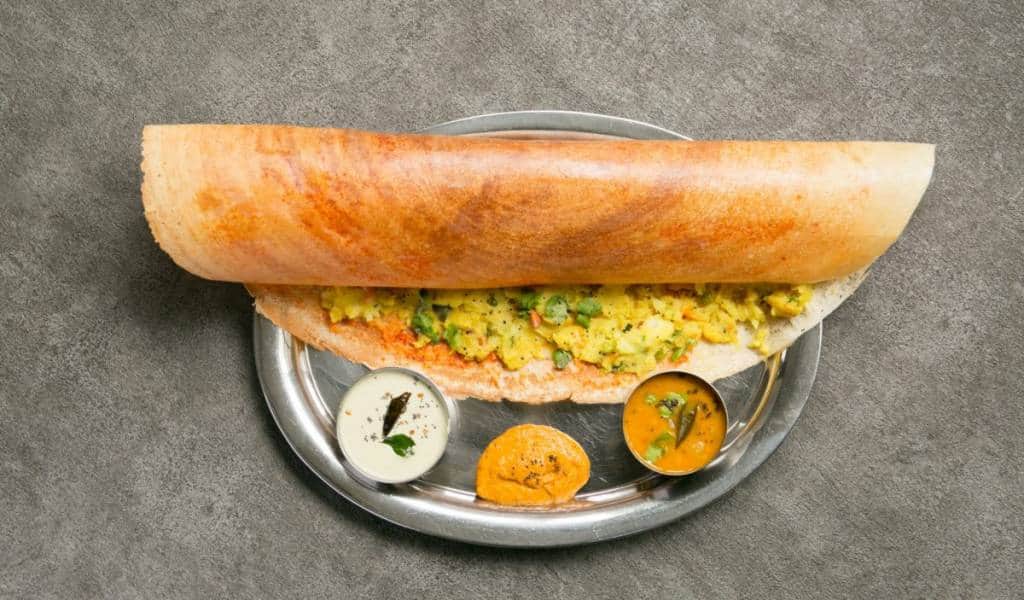 Where to Find The Authentic Taste of India in Tokyo

A country which boasts over 1 billion residents is bound to have a monumental impact on the global culinary culture⁠—and India has done just that. Indian restaurants are a staple in almost every country in the world, including here in Japan. Most Indian restaurants will usually offer great food at an affordable cost in the form of a thali (set meal) served with naan and a variety of curries, but there are plenty of other menu items worth trying for not much more cost. Across the spectrum of Tokyo dining, there are some standout eateries that go above and beyond to offer an authentic dining experience. So let’s break down some of the highlights to be found across the city.

The first thing to note about many of the Indian restaurants in Tokyo is that they cater very well to vegetarians⁠—something which can be difficult to find in a lot of traditional Japanese restaurants. Some restaurants will replace the meat protein in their curries with vegetables to make them suitable, which works well and often tastes great. Others will do one better and replace meat with the cottage-cheese-like paneer, which works wonders with butter as well as spinach-based curries and elevates the whole taste experience.

One meat-free highlight available to vegetarians and vegans is the Nataraj chain of Indian restaurants, which has branches in Shibuya, Harajuku and Ogikubo. It exclusively serves meat-free dishes and even vegan naan so there is certainly more choice here. It also offers a weekday lunch buffet from 11:30 until 15:30 with four kinds of daily curry, rice, naan, salad and desserts. Prices across the stores vary, with Ogikubo being cheapest at ¥1,090, Shibuya coming in a close second at ¥1,100 and Omotesando being a little higher priced at ¥1,290 (it is Harajuku after all).

However, almost all Indian restaurants will offer cheap lunch sets with at least one vegetarian option so you don’t have to limit yourself to exclusively meat-free locations. Keep that in mind next time you’re stressing over a cheap, vegetarian-friendly place to grab a tasty lunch!

Authenticity is key to Indian culinary culture and many chefs pride themselves on their home traditions, which can vary wildly in a country as expansive as India. Northern delicacies tend to have stronger Central Asian influence than their Southern counterparts, owing to their close proximity to countries like Nepal and China—it’s not uncommon to find chili noodles or Manchurian in some Indian restaurants. The influence of states like Punjab, which boast their own distinct language and culture, is also hard to miss, with rich, buttery flavors taking center stage here. Dishes like chole bhature—curried chickpeas served with a fried, air-filled bread known as poori—perfectly highlight the indulgent tastes of Northern India.

The best place to get a taste of chole bhature is Tokyo Mithai Wala, an Indian restaurant and confectioner located in the Nishi-Kasai neighborhood. Here, their chole bhature comes with two pooris and mixed pickle, and costs a modest ¥800—perfect for a cheap brunch with some kick. Don’t let the metal school lunch tray it is served on fool you—this is some top tier taste and well worth the trip. Another highlight is the gol gappe: pooris stuffed with spiced potato, onion and chickpea (¥600 for 5 pieces). Accompanying them is a dish of emerald green tamarind water used for filling your poori before eating. After trying, it’s not hard to see why it is one of India’s most popular street foods.

For something sweet afterwards, Tokyo Mithai Wala also has a wide selection of Indian sweets and snacks available for purchase. Freshly made by hand every day, it is one of the only places in Tokyo where you can try the cardamom-tinged delight known as motichoor ladoo (¥702 for 250g) or the teeth-tingling treat called jalebi (¥300 for 2 pieces).

For those with a bigger appetite, a special weekend buffet can be found around the corner at Delhi Dhaba. Stocked with plenty of other North Indian staples like chicken tikka with your choice of naan, roti or papadum, this buffet is sure to satisfy any cravings. For ¥1,180 (or ¥550 for kids), it’s an all-you-can-eat smorgasbord of Indian cuisine that will leave you stuffed.

Southern foods, on the other hand, are more tropically influenced. Thanks to the abundance of coconuts in the scorching climes of Southern India, you’re more than likely to find your foods served with coconut chutney or some other fruity condiment. There is more emphasis on lentils and rice here, as opposed to the whole wheat used in the North. One of the most famous dishes is dosa—a thin, savory crepe made from a fermented batter that is widely found in Southern restaurants.

Restaurants like Nandhini in Toranomon specialize in this delicacy along with a variety of other Southern choices, thanks to the chefs’ years-long training on the subcontinent. For ¥1,000, you’ll get a perfectly crispy and textured dosa filled with spicy masala potatoes. Also served alongside it is the aforementioned coconut chutney and some sambar—a lentil-based soup filled with vegetables and flavored with tamarind that is the perfect accompaniment for any dosa set. Or you can switch it up with a dosa curry set, available for ¥1,100, which is served with one curry of your choosing, some spicy chutney and two smaller dosa for dipping.

Another perfect pick for the taste of South India is Marahani, located near Nishi-Ojima Station in Koto City. As popular with the native Indian diaspora as it is with the native Japanese, the dosa here is of course a safe pick. The more adventurous can opt for the uttapam variety, which is less crispy than traditional dosa but comes topped with tomatoes, red onion and coriander (set served with chutney and sambar costs ¥950).

However, the true heart of Maharani is the spicy curries on offer. Chettinad, a curry named after a region in the southern state of Tamil Nadu, is loaded with ginger and chili to give it a fiery flavor and is a menu highlight for those seeking an authentic South Indian taste. Ordering à la carte costs ¥850 and is best paired with a couple of flaky bread parathas (¥200 each). Those less inclined to suffer the spice are advised to try the korma instead, a far milder pick that fully utilizes the coconut flavor that South Indian cuisine is famous for.

Hopefully this guide shows you that it is possible to get that authentic Indian taste right here in the 23 wards of Tokyo. With Indian cuisine being such an important part of the subcontinent’s identity, the expansive ex-pat community has truly created a home away from home in the form of these delicious restaurants. Thankfully for the rest of us, we’re also more than welcome to also tuck in and enjoy the wonderful taste of India too.

Written by: Greg Hill
Filed under: International Food
Tags:
Sharing
Questions or comments about this article?
Start a thread on our community forum
Ask our local experts about Tokyo