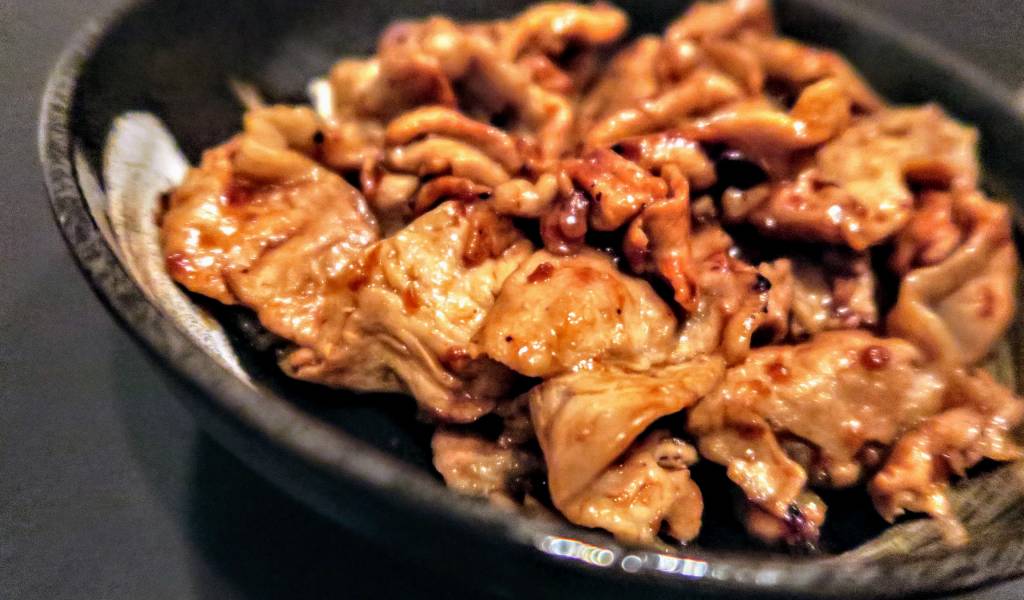 For foreigners living in Japan, there are a lot of things which need to be adjusted to. One of the most common complaints is not apartment size, or confusing trash days, but the access to only one burner. As a foreigner, this can be the most extreme culture shock. For those spoiled by years of leisurely cooking multi-course meals, here are some simple one-burner Japanese recipes to help you cope.

A Japanese classic and rightfully so, ginger pork only needs one pan and about ten minutes. Almost every supermarket supplies variations of the same ginger pork sauce, which cuts down on prep time immensely (look for the bottles with sliced pork on the label—see image below). After heating and oiling a pan, add a package or two of thinly sliced pork.

Heat both sides before adding the recommended sauce portion, which is conveniently located on the side of the bottle. After allowing everything to simmer until the pork turns a juicy golden brown, remove from heat and serve with shredded cabbage and rice. This meal is simple, easy and cheap—not to mention very tasty. (Note: to make your own sauce, simple combine equal parts mirin, grated ginger and soy sauce.)

Take a look at the pasta aisle in your local supermarket and you will see dozens and dozens of packets, all featuring gourmet-style pasta on the front. These packages are an absolute godsend for people looking for quick, hearty meals. Just choose your favorite style of pasta, whether it be pepperoncini or Genovese, and throw some spaghetti in a pot of boiling water.

Add a drop of olive oil to prevent the pasta from sticking to itself. Once the pasta is al dente (check the package for cooking times), drain the water with a strainer and add the now-cooked spaghetti back to the pot. Next, add the packets as instructed and mix. You can’t go wrong with this step, as everything is pre-measured for the perfect flavor. The finished product is delicious, filling, and sets you back only about ¥200.

An American favorite but with a Japanese twist—meaning served with rice. Omelettes are incredibly simple and inexpensive to make. Adding some soy sauce and sugar to two or three whisked eggs mimics the taste of traditional Japanese tamagoyaki, which is normally rolled up and cut into bite-sized pieces. For cheese lovers, the addition is just perfect to the already salty-sweet taste.

After letting the mixture cook in a heated and oiled pan, add as much cheese as you want. Don’t worry, no one’s judging your cheese usage here. For experienced chefs, adding some peppers or ham to the mixture adds another layer of accomplishment to the meal.

Once the egg mixture and cheese look cooked, and the spatula can easily slide underneath, flip one half over the other to create that half moon shape.  The omelette goes excellently with rice, with each bite more cheesy and delicious than the last.

In Japan, ramen is a serious business. So, we are going to get serious with this cheap, classic meal. First, pick up a pack or two of dried noodles that come with flavor packets. After allowing a few cups of water to boil, add the noodles to the water. Sounds simple enough, right?

This is where you can get really creative. Cracking a raw egg or adding some sliced kamaboku is encouraged. But really, you can add anything to the mixture including vegetables or any range of seasoning. Once the noodles and toppings are cooked about half way, add the flavor packets and stir. Though it may be simple, customizing a classic dish will make you feel more accomplished that you actually are.

For all of you 1K apartment troopers, don’t feel like convenience-store food is the only answer. These simple but effective recipes will make you feel like a seasoned celebrity chef. All of these insanely easy recipes can be crafted for under ¥800 and require very little dish clean up. So dump the bento and pick up the spatula, you have some cooking to do.

Are your tastes a little more health conscious? See our guide to Healthy Eating in Tokyo.

Written by: Samantha Cubbison
Filed under: Eating & Drinking
Tags:
Sharing
Questions or comments about this article?
Start a thread on our community forum
Ask our local experts about Tokyo