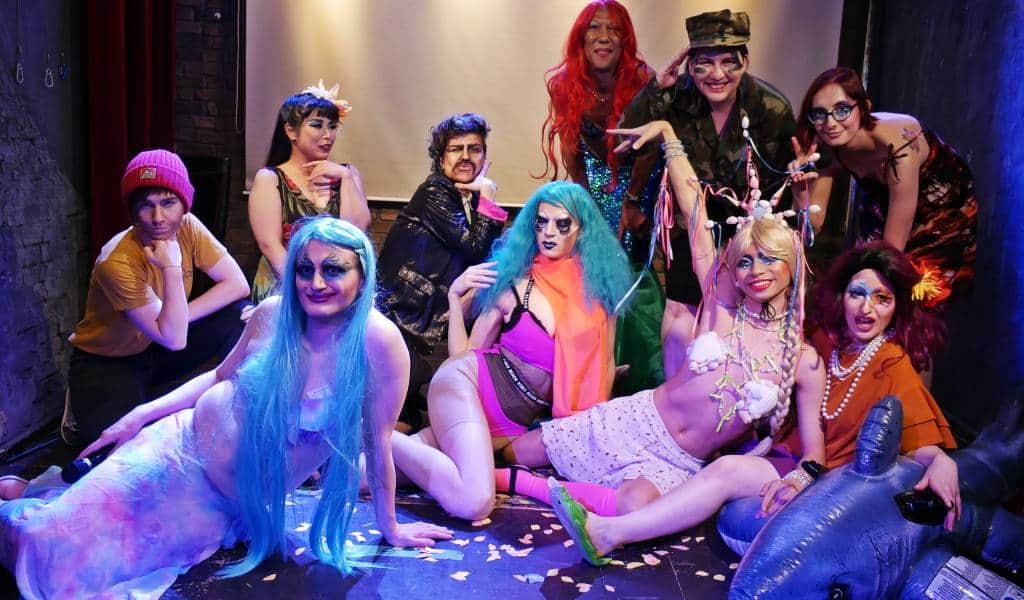 Created by the charismatic Taylor Wanstall—who performs under the stage name Tatianna Lee—Tokyo Closet Ball has humble beginnings. It started in 2014, performed almost exclusively to the bartenders of Roppongi’s Pink Cow. Since then, it has grown to be Tokyo’s premiere drag & cabaret event that offers a little bit of something for everyone.

Wanstall started the event because he was unable to find one of its kind to join after moving to Tokyo. In the process, he has built a huge community of his own. He says that the Closet Ball has become Tokyo’s leading provider of English-language gender-subversive entertainment. For him, as well as the attendees, it’s a night that celebrates voices in the local queer community.

The event has a long and varied roster of performers, including, but not limited to, drag queens, drag kings, burlesque dancers, live singers and stand-up comedians. Having such a great selection of performers means that each event offers something unique, and the atmosphere can be completely transformed depending on the line-up. There are, however, constant staples—like MCs Tatianna and trusty side kick Erik Shawn, occasionally replaced by his “twin sister” Furiosa.

Who goes to Tokyo Closet Ball?

The audience at the event is always an eclectic mix of regulars and newcomers, with people mingling and making new friends in between sets as well as after the show. Unlike many LGBT club events in Japan, everyone is welcome at the Closet Ball, regardless of gender or sexual orientation. It’s an event where people can feel at ease going on their own.

It is also worth mentioning that several of the current performers started off as audience members, so if you’ve always wanted to try your hand at drag or another performance art, come along and get involved!

The mini and maxi shows

Closet Ball has two types of shows: the mini show at Asagaya’s Gamuso, and the maxi show at Gyoen Rosso 198—located a short walk from Shinjuku-Gyoemmae Station and the Shinjuku Nichome gay district.

The mini show is a cheapo favorite; the entry is free, just buy a drink at the bar. Most new performers start off at the mini show, and seasoned regulars can try out some experimental performances, often with hilarious results.

A welcoming aspect of the maxi show is the fact that the event is currently the only non-smoking offering in Tokyo, if not the whole of Japan. A smoking area is available right outside the venue. At Gamuso, you can smoke at the bar on the 2nd floor, but not in the performance space on the 3rd floor. Visiting Closet Ball is, quite literally, a breath of fresh air for your lungs, hair, and personal belongings.

What makes Closet Ball different from Japanese drag events is its incorporation of American drag culture. The hugely popular RuPaul’s Drag Race is lovingly paid homage to with audience participation segment Lip Sync For Your Life, and the hugely popular Snatch Game. The former involves usually eager volunteers lip syncing to a pop hit, which never fails to entertain. The latter is performed to varying degrees of success by the local talent, in keeping true to the TV show.

There is also a yearly pageant, where three performers compete for the coveted title of Miss, Mr or Mx Tokyo Closet Ball.

The reigning Miss Tokyo Closet Ball 2020 is Stephanie St. Sl*t, a gal after any cheapo’s heart. She found the event through a RuPaul screening party, and is known for creating elaborate costumes and props for the show using nothing but items bought at Daiso, everyone’s favorite ￥100 store.

She says: “Closet Ball is a diverse, loving family, and a platform for me to express my artistry and creativity with boundless freedom. As the reigning Miss Tokyo Closet Ball 2020, I gasp, gag, gape, and goop all the spots, OKURRRRRRRRRR.”

To see this force of nature of a queen in person, you’ll just have to come on out to the show.

A show you can feel good about

The event also tries to give back to the community, and has over the years organized several raffles that helped to raise money for charities such as the Rainbow Railroad. So, you can not only enjoy a great night out, but also do your part to help those in need.

The upcoming event is the maxi show on March 21st. Tatianna and the Closet Ball family hope to see you in the closet!

Open with Maps
Written by: Yana K
Filed under: Lifestyle
Tags:
Sharing
Questions or comments about this article?
Start a thread on our community forum
Ask our local experts about Tokyo