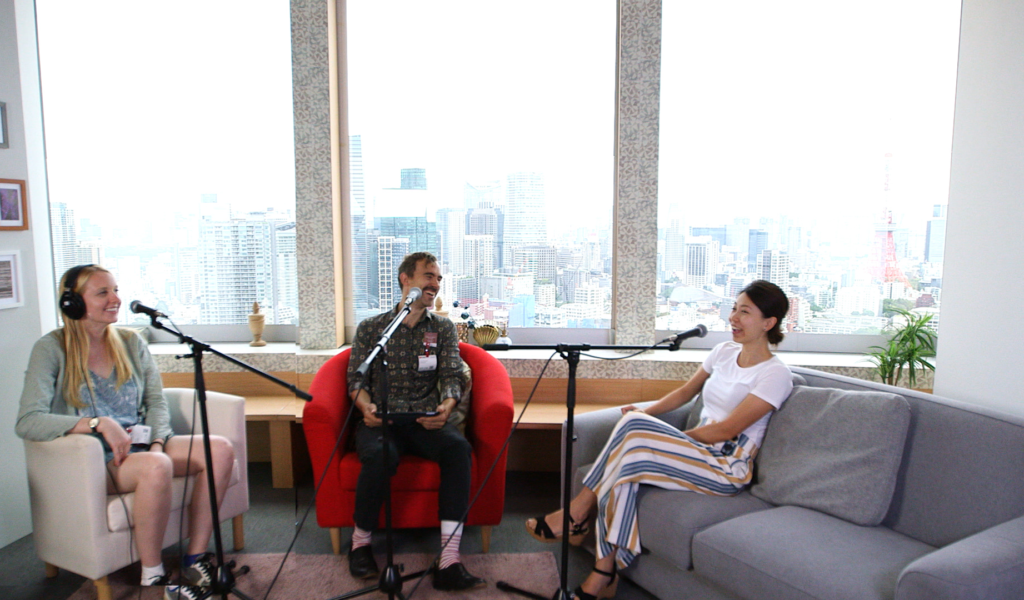 Episode 12: Out of the Dark, Into the Country

This week the pod team sits down with Angela An of the very popular YouTube channel ‘Intenatoinally Me.’ Angela shares some horror stories from working at a Japanese ‘black company’ and how, after a well-deserved recovery holiday, she slowly worked her way up into becoming a successful full-time YouTuber. Plus, her fascinating plan for leverging her channel into helping the dying Japanese countryside.

And on our Tokyo Stories this week, we’re down a cheapo as Greg is off handling real business. Meanwhile, Chris talks about having some fun with Japanese at a coffeeshop in London, and Taryn reveals the embarassing story behind why her foot is broken.