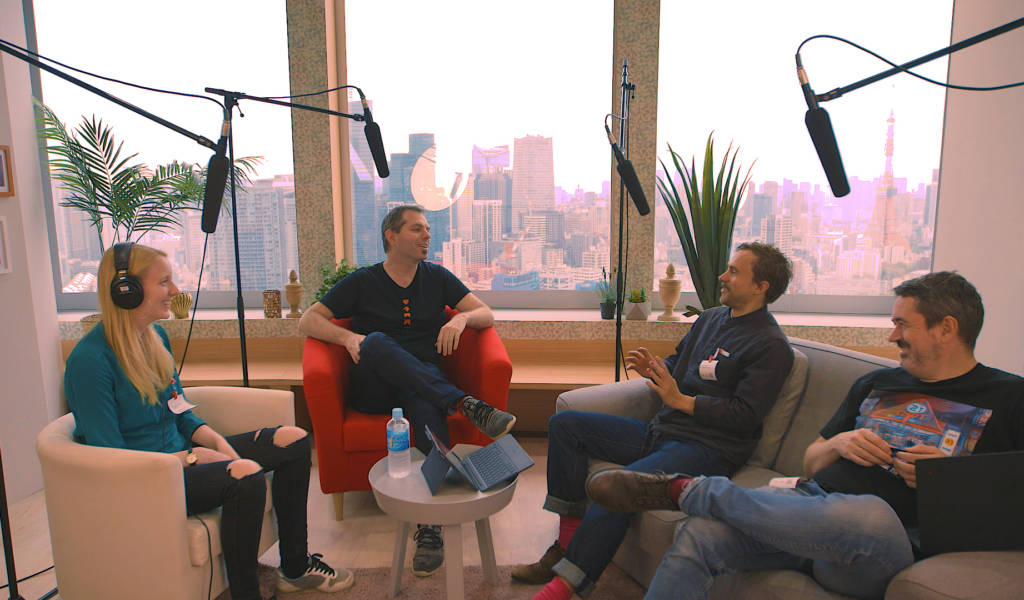 This week the podcast team sits down with Mike Sheetal, founder and CEO of Playbrain (among many other things). Mike tells us about landing in Japan with two suitcases and zero job leads, making his way onto the club scene with home-made VJ software, working on a music TV show, running a fake political campaign – oh, and starting two companies. A mind-boggling CV, indeed.

And in our Tokyo Stories, Chris finds the bank culture in Japan confounding, Greg tries to explain how a political candidate won his election with the platform ‘people should smile more’ and Taryn shares another tale from the Ruby Room open mic.