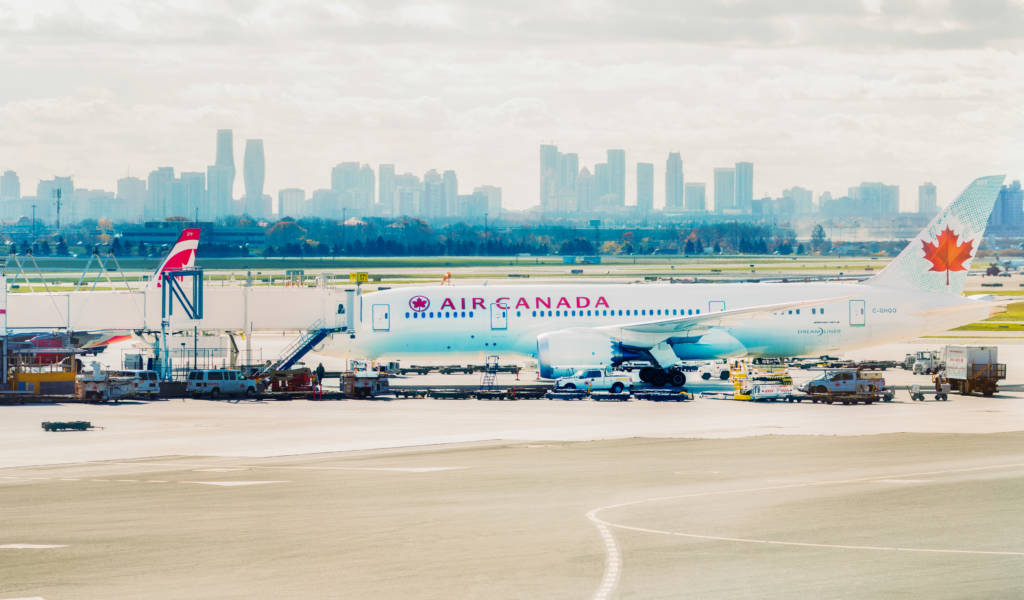 Getting the Cheapest Flights From Toronto to Tokyo

Every Canadian knows that domestic travel costs in Canada can be astronomical—no wonder we often opt for traveling abroad at a similar price tag. If that’s you and you’re looking at how to get yourself from Toronto to Tokyo, here are some tips on who to fly with and when to go.

A direct flight from Toronto to Tokyo is just shy of 13 hours, and 12 hours on the way back. Most indirect flights, with a stop over in Vancouver or Calgary usually only add a few easy hours (3-5) to your journey. There are stopovers in some US cities as well, but those are inadvisable as they add significant travel time (as much as 24-33 hours total) for no cheaper than transferring in a Canadian city—and with the potential of more hassle.

On average, a direct flight will cost you around $1250-$1700 (low season to peak season, respectively) with Air Canada. And you’ll want to steer clear from flying with ANA (Japan’s largest airline), as their prices can easily add hundreds to those of AC. While it’s a bit pricey to fly direct, it might be an option if you have limited days to spare and want to make the most of your time in Japan.

If time is of no consequence, you’ll want to chose an indirect flight which can shave a few bucks off your journey. On average, a indirect flight will run you $1000-$1250. Do not pay more for $1250 or you’re getting ripped off. If you’re eyeing deals like a hawk, you might be able to find flights for a little under a grand, but it’s rare. Budget for a minimum of $1000 to get yourself to and from Tokyo.

Again, Air Canada might be your best bet here—mainly because they provide the most flights between the two countries and therefore there’s a higher chance of finding a deal with them. (Not to mention transferring within Canada is the most hassle-free option.) But keep your eye on comparison sites and you can find flights with transfers in Hong Kong via Cathay Pacific or Chicago/San Francisco via United and myriad of other companies. Most likely, though, your flight time will increase significantly with these other airline companies. If flying through Hong Kong, you might want to consider a layover and checking out our sister site Hong Kong Cheapo.

Your best best: Look for indirect flights with Air Canada and pay no more than $1250. This is the best compromise between price and journey time.

Bonus tip: You can have 2 vacations in one (Vancouver and Tokyo) by booking a multi-city trip with Air Canada. That is, with Toronto as your starting destination, you can arrive in Vancouver (first leg), stay for a few days, and then head off to Tokyo for the rest of your trip. You have to play around with dates, but this can sometimes save you hundreds since you’re choosing dates when seats are not in high demand.

A word of warning

Do not (and we mean it) book non-protected self-transfers. These not only require you to re-check in your baggage at your transfer point, but your onward flight is done at your own risk. If you miss it, you need to buy another ticket on the spot.

Which airport to fly into: Narita or Haneda?

Best time to fly from Toronto to Tokyo

If cherry blossoms in springtime are part of your Tokyo dreams, then by all means it’ll be worth the money. If you’re not set on sakura, than this writer recommends visiting in autumn. Not only is the weather perfect for long adventurous walks, the landscape of changing leaves is breathtaking (and dare she say nicer than sakura season). And don’t forget the crazy Halloween street parties in Shibuya. On top of all of that, ticket prices for autumn are on the lower end of the spectrum ($1100-$1300)—cheapo win!

The reverse route: Tokyo to Toronto

Maybe you’re a Japanese resident with a deep love for the Maple Leafs, Blue Jays or the Raptors. Maybe you really want a peameal bacon sandwich from the St Lawrence Market. Maybe you’re one of the estimated 12 000 Canadians living in Japan. Whatever your motivation for heading back west, coming into the Six from Tokyo is, well, just as simple as going the other way around. Always keep in mind that ticket prices change according to demand, so some months are obviously better than others if you’re watching your CADs.

Direct and indirect flights are both available, and, as always, direct flights are a bit faster but proportionately more expensive. Air Canada does a great job here, offering a Tokyo-Toronto flight for about ¥114,255. If you’ve got ANA loyalty points racked up, though, ANA’s Tokyo-Toronto return price is in the region of ¥378,988.

This post was first published in 2017 by Adriana Paradiso, and updated in December 2019 by Kylie van Zyl. Although we take care to make sure our information is accurate, prices and availability may vary.

Written by: Adriana Paradiso
Adriana's Tokyo favorites are: Mizumoto Park, Gokokuji Temple Tokyo
Filed under: Getting around | Transport
Tags:
Sharing
Questions or comments about this article?
Start a thread on our community forum
Ask our local experts about Tokyo