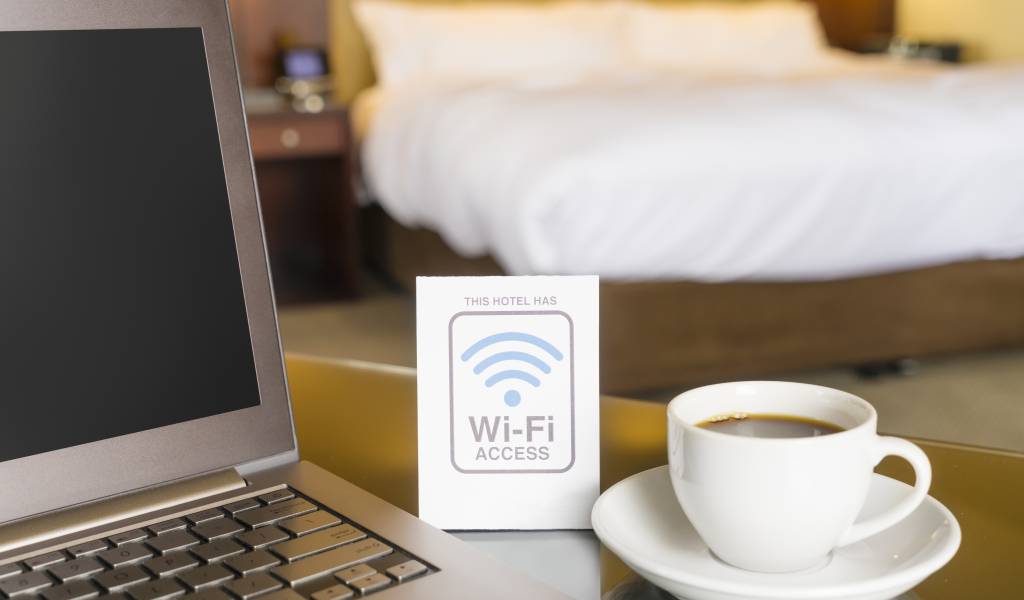 Connecting to Wi-Fi in Tokyo and Japan

You’ve just touched down in Tokyo and you’re immediately dying to snap some pics and show everyone what they’re missing (or more likely, find your way to your hotel). But wait. You see the dreaded infinite loading circle and you know you need to connect to wifi fast — where do you start?

While it’s getting a lot better, Tokyo is still not super connected in terms of freely accessible wifi. Read on for tips on getting yourself on to the internet in Tokyo and other parts of Japan.

Quick summary: The easiest way to make sure you have constant connectivity is to rent a pocket wifi router. The next best bet? Getting a travel SIM card.

Mobile internet routers — often referred to as “pocket wifi” — are a popular item for digital nomads and travelers. These mobile hotspots allow several devices to share a connection at the same time (some devices say five, others 10 or more) and can be carried around everywhere you go. Much smaller than an average smartphone, a router is a good choice for people who prefer to be connected 24/7. In most cases, you can pick it up and return it at the airport. Prices vary, but expect to pay about ¥1,000 a day for the first few days, and a lower price thereafter.

Pro tip: Ninja Wifi provides reliable routers that you can order online and have delivered to the airport or your hotel, and Tokyo Cheapo readers get 30% off. See our guide to renting wifi routers for more info.

Free Wi-Fi for tourists to Japan

The Japanese government and some major communication companies are trying to make it a bit easier for connectivity-accustomed foreigners. So they’ve offered up a few free wifi services in Tokyo and farther afield.

Other Wi-Fi in Tokyo: What about your hotel?

Your hotel or vacation rental probably has some kind of free wifi or internet (a few places still supply LAN cables, so bring an adapter if you need one). But you can’t be certain — it is still possible to encounter a hotel with not a lick of internet. Especially in the case of ryokan and more local family-run type inns, and especially in the rural areas (of Tokyo or elsewhere). So just double check to be sure.

First, check out our handy article on cafes with free wifi in Tokyo.

While we recommend exploring the independent local cafes that offer free wifi in Tokyo, we understand that sometimes you just need a place with outlets and internet. Starbucks and convenience store chain Lawson both offer free wifi and can be found almost everywhere. Lawson is the only major convenience store still offering wifi after Family Mart and 7-Eleven discontinued their services in 2022 — it also helps that they still have the best coffee.

Internet cafes and comic book cafes (usually one and the same) are a step beyond your run-of-the-mill coffee shops with wifi. At these cafes, you’ll pay by the hour, but will be given a computer terminal, a cubicle with a cozy chair, and usually access to an all-you-can-drink soft drink bar, and sometimes even showers. If you don’t have your own computer or need to do some more heavy-duty working and surfing, this might be a good choice.

Recently, Tokyo got itself into some controversy by discontinuing the wifi service on subway trains (Metro Free Wi-Fi). While stations and platforms still have access, if you are in for a long ride, you may be without internet.

Overground trains such as limited express trains, rapid airport trains, and most Shinkansen lines will have free access to the internet after inputting your email address (though connection can be spotty). Local trains are unlikely to provide internet but most stations (unless you are in the middle of nowhere) will have some form of wifi.

You can always go with the cellular networks instead.

SIM cards for short-term use

A number of companies offer data (and, in the case of Mobal, data + voice) SIM cards for tourists and business travelers to Japan. You can pick and choose ’em based on the duration of your stay and the amount of data that you think you’ll need. See our comprehensive article on the best options for short-term SIM cards in Japan for more details.

SIM cards for long-term use

If you’re going to be here for more than 90 days, it pays to investigate the various contract data and data + voice SIM card options that are available. Head over to our article comparing the best SIM cards for longer-term use.

Video summary of ways to connect to Wi-Fi in Japan

Or you could forget about wifi in Tokyo, disconnect for a few days, and just live in the metaspace for a while? Let us know how that goes.

While we do our best to make sure it’s correct, information is subject to change. This post was originally published in November, 2014. Last update on October 27, 2022.

Written by: Selena Hoy
Filed under: Business | Internet | Living
Tags:
Sharing
Questions or comments about this article?
Start a thread on our community forum
Ask our local experts about Tokyo