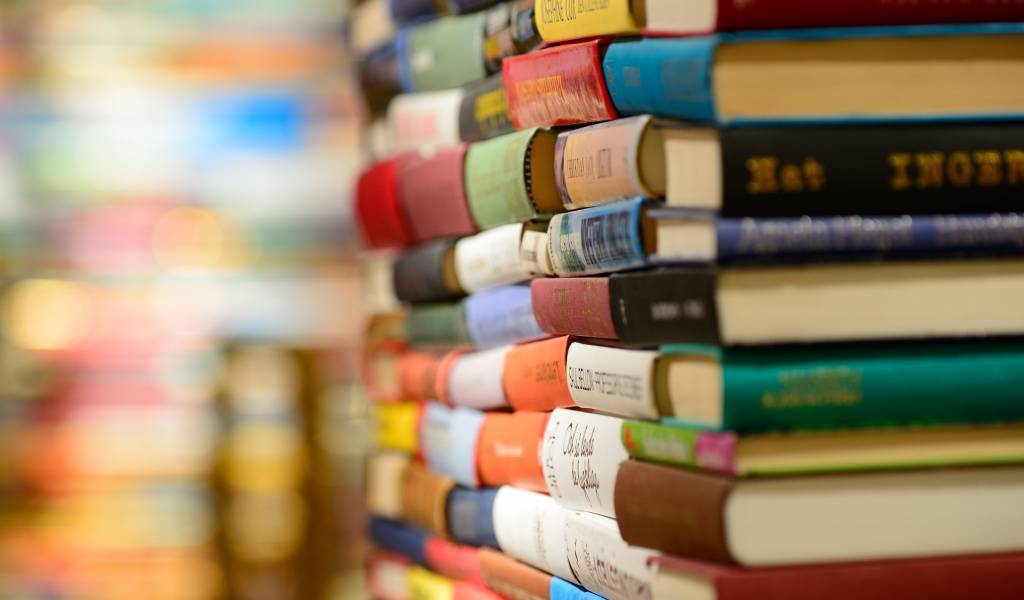 11 Books to Read Before You Come to Japan

If you’re heading to Japan and want to prepare the old-fashioned way, there are plenty of books to pick up which will give you an insight into the food, culture, streets and history of the country. Here’s our handpicked cheapo list of books to read before traveling to Japan.

In preparation for your upcoming trip, no doubt you’ll have been reading up on sights to see in Tokyo and beyond, places to eat and which travel card to get, and hopefully we’ve helped with that. There’s more to a place than its metro cards though, and getting to know the culture and society can be tricky, especially in a country that can seem so starkly different to most.

While films are great, there’s something about a book, with pages to be turned at your own pace, that can instill a sense of participation in and familiarity with a world. With room for longer and more in-depth studies of different cultural elements, whether you turn to fiction, fact or cookery books—there’s something for everyone, from the bookworm to the reluctant reader, the avid historian to the foodie.

If you’re looking for some more ideas, check out our Lockdown Library series, they’re full of hand-picked suggestions from our book exchange members!

Top books to read before traveling to Japan

Our list of books to read before traveling to Japan is by no means exhaustive, and is meant as a basic introduction to Japan via the printed page (or the electronic one).

Strikingly visual, this is a great gift if you know someone traveling to Japan, or if you’re into the pop-culture side of life yourself. Despite the title, this book is by no means limited to the geekier side of of the country, but is perfect for anyone interested in the why as well as the where when it comes to travel to Japan. With plenty of information on societal rules, language, culture and traditions, as well as area guides, it has vital information about everyday life. It will tell you what to do in different scenarios and explain why, which can be invaluable in understanding the often-mysterious ways of Japan. With no shortage of illustrative images for everything from fashion trends to bowing, this guide goes for broad coverage rather than in-depth focus, but is a well-put-together and informative introduction to life in Japan.

Order A Geek in Japan here

One for literature and history lovers, The Tale of Genji is considered to be the first-ever novel, and was written by a woman—so pretty groundbreaking all round. Written in the 11th century by noblewoman Murasaki Shikibu, the book recounts the life of Hikaru Genji, the son of an ancient Japanese emperor and his concubine wife. Demoted to commoner by his father and renamed Minamoto, the protagonist strives to be an imperial officer and we follow his trails and tribulations in the world of love, work and Japanese society at the time. The debate surrounding its influence continues even today, and whether it is the first novel, the first modern or first psychological novel—it is highly influential and a good reference point for future reading. Consider this if you are not a fan of factual historical books but want an insight into the ancient world of Japan.

Order The Tale of Genji here

One of the most widely-lauded food books about Japan, Goulding’s guide has everything you ever wanted to know about the dishes of the ultimate foodie destination. Combining food with travel in this comprehensive guide, it covers the history and culture behind the dishes, as well as plenty of stunning photos to get your tastebuds tingling. Focusing on seven key regions, the book includes detailed explorations of key dishes and food traditions like kaiseki in Kyoto, ramen in Fukuoka and sushi in Tokyo, of course. The culture of izakaya, nights out with salarymen and the intriguing ‘8 wonders of a Japanese convenience store’ show this is no dry offering. It will get you excited about all facets of Japanese food and the culture that surrounds it, ready for a trip which might feature more restaurants that you originally planned …

A balance of humor and explorations, this is one of the go-to books for getting to know Japan through the eyes of a foreigner. Following up on his drunken promise to follow the cherry-blossom, Ferguson, a Canadian English Teacher, travels from Okinawa to Hokkaido and hitchhikes the whole way. Preferring the personal experience of cars and their drivers over bullet trains and buses, he meets a whole array of locals and learns plenty about the country he’s exploring. At the ripe old age of 20, the book is somewhat dated—references to things that were once “crazy Japan” are now stereotypes, but it is a great read nonetheless. The main highlights are the vast coverage of different locations and the effort to remove the unfriendly mask too often attached to Japanese people, replaced with countless interesting and friendly characters.

Note: We do not recommend hitchhiking yourself.

Written by Pulitzer Prize-winning war correspondent Hersey in 1946, this is one of the most respected texts detailing the horrors of the atomic bombing of Hiroshima. As one of the first journalists to visit Hiroshima following the tragedy, he interviewed many witnesses, but focused on the lives of six for the article. Originally published in the New Yorker and given a dedicated edition, rather than the original plan of a series running across four editions, they were soon published as a book in their own right. Continuously in print since then, it is a must-read for a heartbreaking view of what happened on and after August 6th, 1945.

One of the go-to names for Japanese fiction, Murakami offers a great insight into everyday life in Japan, and Tokyo especially. Balancing the mundane with spiritual elements and plots which effortlessly carry you through the tales he tells, Murakami helps you imagine the streets of Japan and those who live in them, with each novel shining a light on a slightly different aspect of society. While the 1Q84 trilogy and The Wind Up Bird Chronicle focus on the environments of Tokyo, you can also read After Dark for a darker side to the night-time exploits of the city. While they can be long reads, the novels of Murakami are filled with details which will follow you on your travels, making new locations familiar and the culture-shock of Japan a much friendlier experience.

Now, we couldn’t very well have a guide to books without mentioning our own, could we? The Tokyo Cheapo eBook is the perfect practical guide to the streets of Tokyo, with everything from transport to seasonal events covered in full. There are up-to-date restaurant recommendations, area guides and even a chapter on Tokyo with Kids for the traveling families, and it’s all easily-navigated on e-readers, smartphones or computers. While we focus on the more affordable aspects of travel, we won’t let you miss out on the best experiences, so don’t worry about a budget being a restraint! See it as more of an alternative, offering some bonus additions and extra treats that mean your money goes further and you see more of the city than you thought possible!

A teenage diary makes its way from the tsunami-wrecked shores of Japan to a Canadian novelist, transported in a Hello Kitty lunchbox. This intriguing set-up is the seed of a story which combines the life of a Californian-raised Japanese teenager struggling with cyber-bullying, who decides to document the life of her grandmother, with a writer struggling with a career in lands afar. It offers a reflection on the 2011 disaster which still impacts Japan every day—this is an important element of society to understand, as are the struggles of younger generations. Ozeki herself is a Buddhist priestess and creates a view of contemporary Japan incorporating history, culture and language.

Order A Tale for the Time Being here

A tale of murder and solidarity, this dark tale follows a group of female workers at a bento factory who find themselves disposing of the body of a colleague’s husband. Perfect for contemporary crime fans, this novel is a great way to absorb the daily world of Japan as you follow the women’s lives. Each with a different scenario—from shallow single woman to beleaguered housewife, mother and carer, the characters offer a view of the pressures in this often restrictive and conflicted society. Delving into the underworld of mafia and the practicalities of dismembering bodies in a Japanese bathroom, it will give you a different take on your environment for sure.

Although Memoirs of a Geisha by Arthur Golden is one of the books most commonly associated with Japan, this is an interesting alternative. Written by the geisha originally interviewed by Golden, it contradicts his presentation of geisha as prostitutes and offers an insight into life as one of the leading geisha of her generation. Rather than being a dramatic, gripping tale, it offers an inside view to the secretive world few are permitted to enter. Rather than taking a man’s word on a woman’s experience, it might be more enlightening to hear the story from Iwasaki instead.

Another author synonymous with Japanese fiction, Ryu Murakami has a collection of novels which offer insights but also challenge common views of Japan. In Coin Locker Babies, a dystopian, surrealist and at times disturbing tale following two boys abandoned as babies in a Tokyo train station, social commentary is rife. Often focusing on the darker aspects of life, Ryu’s other novels include In the Miso Soup, which is set in Tokyo’s Kabukicho district and won the Yomiuri Prize for Literature in 1997. His first novel, Almost Transparent Blue, focuses on the disaffected youth and won the acclaimed Akutagawa Prize. If you prefer an alternative view of Japan and enjoy social critique with a dose of cyberpunk, these novels are a plentiful source of views and experiences to devour.

If you’re a fiction junkie and read enough books to sink a small boat on a regular basis, there are, of course, a fantastic array of other books to dive into. For an introduction, try the Oxford Book of Japanese Short Stories—it has a selection of works ranging from Murakami to Soseki and Mishima, and will help you find your preferred text to explore Japan. Other ideas include:

Here’s our guide to buying English-language books in Japan.