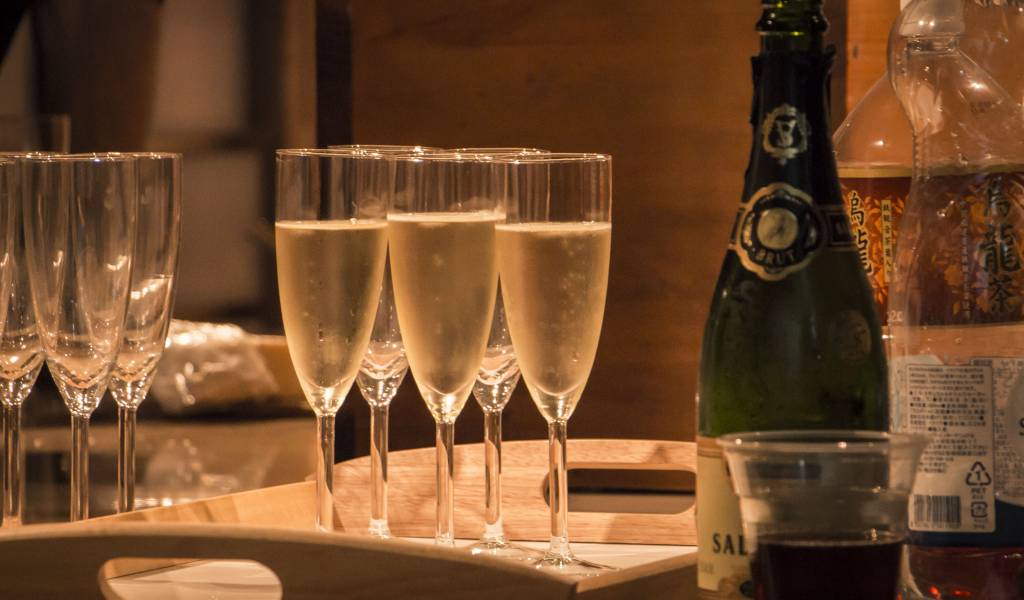 And to celebrate, last week we hosted a small party with some of our closest friends and supporters. It’s been a real ride going from our humble beginnings four years ago, to quickly becoming the world’s most popular English-language blog about Tokyo.

The Rise Of The Tokyo Cheapo And The Laser Cats

The idea of Tokyo Cheapo was conceived in a cheap izakaya, by Chris and Greg just over four years ago. We realized that the world had a misguided impression of Tokyo being “the most expensive city in the world,” and so we wanted to set the record straight.

A few weeks later, Chris and Greg quickly put together a very shoddy, cheap-looking blog and started writing. Within only a few weeks early signs of success appeared when our “3 nights in Tokyo on 10,000 yen” went viral and was shared almost 1,000 times.

Today we have a quarter of a million monthly readers and rising every month, plus a very talented editorial team—our laser cats are very proud! As for other bragging points, we launched Japan Cheapo last year, London Cheapo earlier this year, successfully crowdfunded and published our Tokyo ebook Guide and just a few weeks ago we launched the Tokyo Cheapo Community.

We held our celebration at the delightful Wa Space in Akasaka—a beautiful gallery that curates local Japanese art and crafts. Big thanks to Jared, Adrienne and Matthew for being such excellent hosts!

Our most esteemed guests included: Kenichi from trimtab, JAPANiCAN, TokyoDex, TripAdvisor, R-store, Bento Graphics, Elizabeth Wenner, along with YouTube/Social Media rock stars: John Daub from Only in Japan, Hikosaemon, Grace aka Texan in Tokyo, Andrew “Gaijin Rage” and Angela aka Internationally Me.

And unlike us amateurs, some professional media peeps joined in the fun including journo and writer Tim Hornyak, Giles Murray, Robb from Bento.com, Dan from the Delphi Network and media mogul Shingo Ishiyama. And of course it was great to have many of our own writers including Lily, Tiffany, Grigoris, Selena, Ryan and our fellow techie Fabian celebrate with us too.

Big thanks to all who came along and celebrated with us—here’s to the next four years and beyond!

And while we’re on the topic of parties, we’re having our Downtown Drinks, monthly meet up this Friday – all welcome!

And now for the party pics: