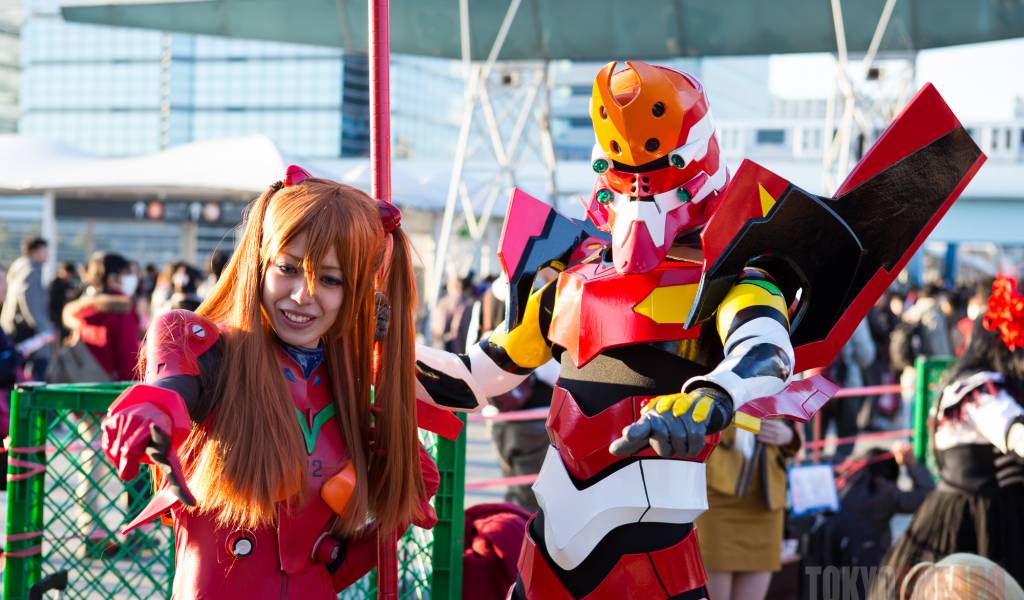 What It Takes to Be a Cosplayer at Comiket

Another Comiket come and gone. One of Japan’s most highly anticipated events for anime lovers around the country has just ended. This is Comiket’s 90th anniversary and despite the heat it was as crowded as ever. Tokyo Big Sight was packed to the brim with fans, artists, and cosplayers.

Cosplay is one of the main draws at every Comiket. We see cosplayers all throughout the convention, take their pictures, and share them online. But, do we really know what it takes to be a cosplayer and the process that they go through to even be there for you to take photos of. I decided that I would go and find out exactly what it takes to be a Comiket cosplayer.

Now, I am not new to cosplay and know a thing or two about what to expect, but Comiket is a whole new ball game for a Western cosplayer.

First of all, cosplayers do not come to Comiket in their cosplays. Comiket is not the type of convention where you stay at a hotel overnight and attend each day. The convention starts at 10:00 am and ends at 4:00 pm everyday so there is plenty of travel time. Instead, most cosplayers bring their cosplays in rolling suitcases to get changed at the convention itself.

Comiket provides both men’s and women’s changing rooms that are located in essentially spare ballrooms. To get entry to these changing rooms, and mind you changing in the bathrooms is definitely not allowed, you have to pay 800 yen or for a ticket. Keep this ticket because you will need it later to get in and change back! The ticket has all the rules, a map, and a comic on it, so it is pretty useful.

Anyways, I hope you are not bashful about changing in front of people, because if you are cosplaying at Comiket you will be getting dressed in front of about 500 people. When you walk in, there are rows and rows of girls (or boys) sitting on the floor putting on wigs, tights, and makeup. Don’t be scared, just find some open floor space, pop a squat, and get your cosplay on.

Once you are dressed, grab your stuff and head out into the convention. There are several places that cosplayers can go to get photographed and mingle with other cosplayers. One of these is the front of Tokyo Big Sight. On either side of the entrance you will see a roped off area where cosplay and cosplay photography is allowed.

Cosplay photography is not allowed outside of the designated cosplay areas around the convention, so please don’t stop other people in the halls to ask for a picture. The cosplay areas in the front of Tokyo Big Sight are usually very crowded and space for cosplayers fills up quick. This is prime real estate, so if you want a place to stand there as a cosplayer I recommend getting there early and grabbing a spot quick. Cosplayers will then stay in that spot all day, only stopping occasionally for water and a quick break. The photographers will then come to them.

Unlike Western conventions where you can walk around in costume and people will stop and ask for a picture, pictures can only happen in these few designated cosplay areas. So popular cosplayers will have lines of photographers in front of them, waiting for their chance to take a couple pictures.

If you don’t want to fight for a spot at the front of the convention, don’t worry, there are a couple other places you can go.

In the East Hall of Tokyo Big Sight you will find the section for male-oriented (think naughty) fan-made comics (doushinji) on either side of the hall. Past that, in an outdoor space are the other cosplay areas. These are less crowded but the people are just as passionate about cosplay there.

Once you are there, you can park your bags in a spot behind you and wait for someone to come up and ask for a picture. If you are a cosplayer and want to be recognized for your work it is a good idea to bring a sign to place behind you. Most cosplayers had a sign stating their name and their Twitter handle so when their picture was taken it could be attributed to them.

I highly recommend this if you want to find pictures of yourself after the convention.

Being a cosplayer, I knew to go into this with some poses for my character already in mind. Photographers here are not shy about asking for more pictures or specific poses, so keep an open mind and be flexible with your poses. Before going I was a bit worried about so many people taking my picture, but I found all of the photographers to be very kind. Some of them were even giving cold packs to cosplayers because it was hitting over 30 degrees Celsius at some points during the day.  If they wanted a specific pose they would demonstrate it themselves. It really gave me the feeling of being part of the Comiket community.

Overall, despite the differences and a bit of a struggle to figure out how everything works, I really enjoyed my experience at Comiket. The people are very friendly and helpful, don’t be shy to ask someone for help. If you are a cosplayer living in Japan, I definitely recommend trying to cosplay at Comiket at least once. It’s a different experience from cosplaying in the West but I found it to be a good one.

Up for a bit of cosplaying now? The next Comiket takes place in Dec 2016.

Open with Maps
Written by: Devan Baird
Filed under: Anime And Gaming
Tags:
Sharing
Questions or comments about this article?
Start a thread on our community forum
Ask our local experts about Tokyo