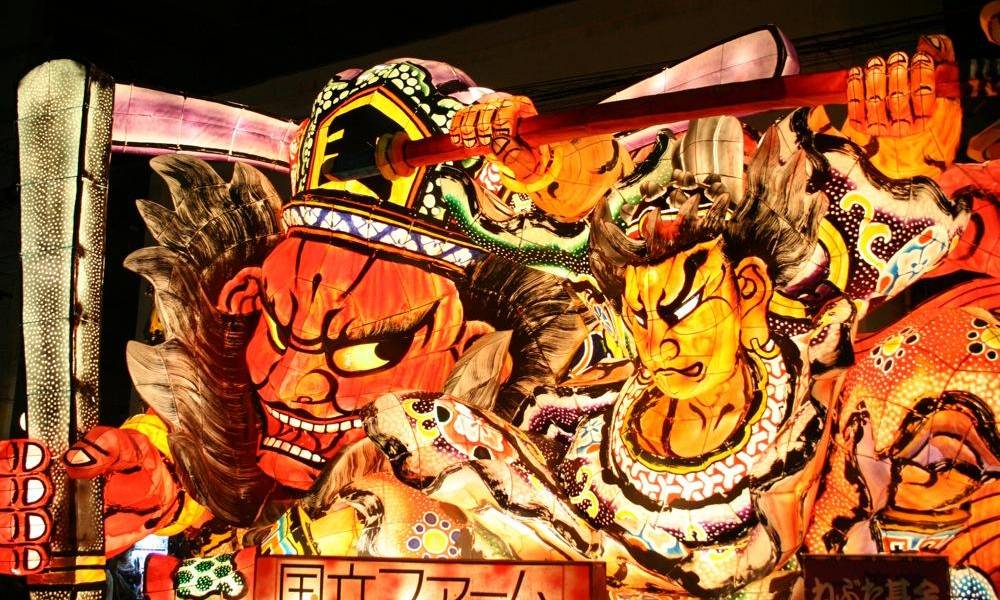 Cheapo Weekend for August 18/19: Nebuta, Hip Hop and Dancing in the Streets (sorry, no more fireworks)

What, no fireworks you say?? Well if you’re that desperate you can probably find a festival somewhere in the Kanto area, but with both the Jingugaien Fireworks and the Tokyo Bay Fireworks last week, there are no major fireworks festivals until July 2013.  Do not despair – while this weekend’s events will induce less oohing and ahhing, there is plenty of interest to keep you out of the house and off the couch.

Tokyoites love to celebrate all the colourful regional festivals that Japan has to offer – but not enough to actually go to the remote locations where they happen.  Therefore, almost every regional festival has a copy-festival held somewhere in the Kanto region.  This weekend Tachikawa in western Tokyo hosts a facsimile of the boisterous and spectacular Nebuta Festival that originates from Aomori Prefecture in the far north of Honshu. Most of the floats in this festival have actually been sent directly from the city of Kuroishi so while the festival is a copy, the floats are originals. Nebuta features giant, hand maneuvered, lit-up floats formed into the shapes of characters from kabuki plays and accompanied with taiko drums and dancers.

Tachikawa Nebuta runs in the evenings from Friday the 17th through Sunday the 19th.  The show runs from 6pm to 9pm on Friday and Sunday and from 5pm to 9:30pm on Saturday.  The closest station is Nishikokuritsu on the JR Nanbu Line – one stop from Tachikawa Station on the JR Chuo Line.

If you think summer = Hip Hop, then you should head to Yoyogi Park for a taste of Japanese Hip Hop culture at BBOY PARK 2012.  The action begins on Friday the 17th with the Under 20 solo break dancing battle. The MC Battle heats follow on Saturday with the MC Battle finals and team break dance battles on Sunday.  In terms of the exact timing, your guess is as good as ours – even the official web site is extremely vague. The splash screen of the web site is quite amusing – you have to promise to dispose of cigarette butts in the appropriate places before entering the site.

Despite the name, the Sanja Latin Festival is a festival of ‘Latin culture’ rather than of the venerable language of ancient Rome. The festival runs on both Saturday and Sunday with a Samba Parade on Sunday from 1:30pm to 4:30pm and is based around Sangenjaya Fureai Square – closest station is Sangenjaya Station on the Tokyu Denentoshi Line.

If anyone knows a cheap way into Summer Sonic, let us know!

Suggested Activity
National Japan Rail Pass
The JR Pass is a 1 week pass that allows unlimited travel on Japan Rail lines throughout the country. This ticket is extraordinarily good value for long distance and inter-city travel. *Restrictions: Can only be purchased by temporary visitor visa holders not already in Japan. ...
Click here for details
Written by: Greg Lane
Greg's Tokyo favorites are: Shinshu Osake Mura, Kiyosumi Teien Garden, The American Craft Beer Experience 2023
Filed under: Things to do
Tags:
Sharing
Questions or comments about this article?
Start a thread on our community forum
Ask our local experts about Tokyo