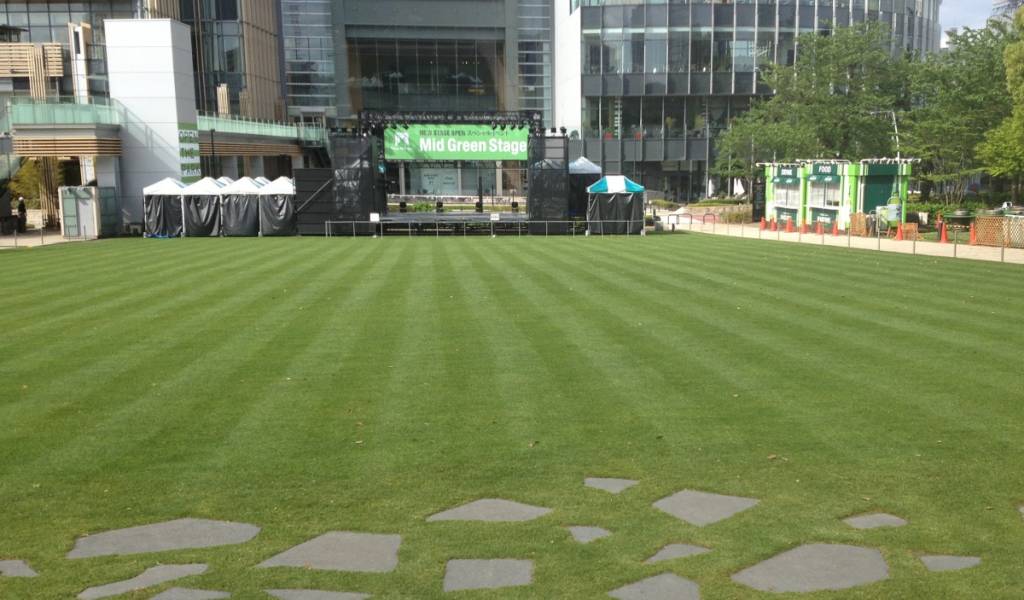 Cheapo Weekend for April 27/28/29: Free Concerts in the Park, Rainbow Pride and a BBQ Festival

To celebrate the launch of lots of expensive new shops at Tokyo Midtown and the ‘opening’ of the grass square area in Midtown Park, there will be free concerts from 3pm to 6pm from Saturday, April 27th through Monday, April 29th as part of their New Park Open series.  Saturday will see 2,600 professional opera singers (I think the definition of pro might be a bit loose here) perform in a show called ‘Digitalyrica’. Sunday will see a ballet performance including Star Dancers principal Kazuhiro Nishijima, while Monday (a public holiday) will feature an orchestral performance with conductor Tomomi Nishimoto.  All the concerts are free, but if you’d like to be seated (not sure if that means a patch of grass or an actual chair) you can pick up tickets next to the stage from 11am each day.  The closest stations to Tokyo Midtown are Roppongi on the Tokyo Metro Hibiya Line and Toei Oedo Line and Nogizaka on the Tokyo Metro Chiyoda Line.

This Sunday, April 28th sees the latest incarnation of Tokyo’s LGBT parade – Rainbow Pride 2013. Last year there was a parade that was scheduled, subsequently cancelled and then hastily replaced by another event organised by another group. Consequently, the turn out was rather small.  This year, the organisation troubles look to be fixed so it’s likely the turnout will be much larger. The parade will begin at 12:30 from the Yoyogi Park event space area and wind through the streets of Shibuya and Harajuku. The closest station to the start point is Harajuku/Meijijingumae on the JR Yamanote Line and the Tokyo Metro Chiyoda and Fukutoshin Lines.

On Monday 29th, if you have a hankering for some burned meat, then the Tokyo Barbecue Festival in Wakasu is the place for you.  In Japanese, 29 is pronounced ‘ni-kyuu’ which is similar to the Japanese word for meat – ‘niku’ so the 29th is touted as ‘meat day’.  The festival takes place at the Wakasu Park Camping Ground from 11am.  Entry to the festival is free (although the food itself is not) with a range of attractions on offer – including barbecue lessons and a ‘live barbecue’ performance. The closest station to Wakasu Park is Shinkiba on the Tokyo Metro Yurakucho Line and the JR Keiyo Line. It’s not that close though, so there will be a free shuttle bus running every 20 minutes from Shinkiba Station.

Written by: Greg Lane
Greg's Tokyo favorites are: Shinshu Osake Mura, Kiyosumi Teien Garden, The American Craft Beer Experience 2023
Filed under: Things to do
Sharing
Questions or comments about this article?
Start a thread on our community forum
Ask our local experts about Tokyo