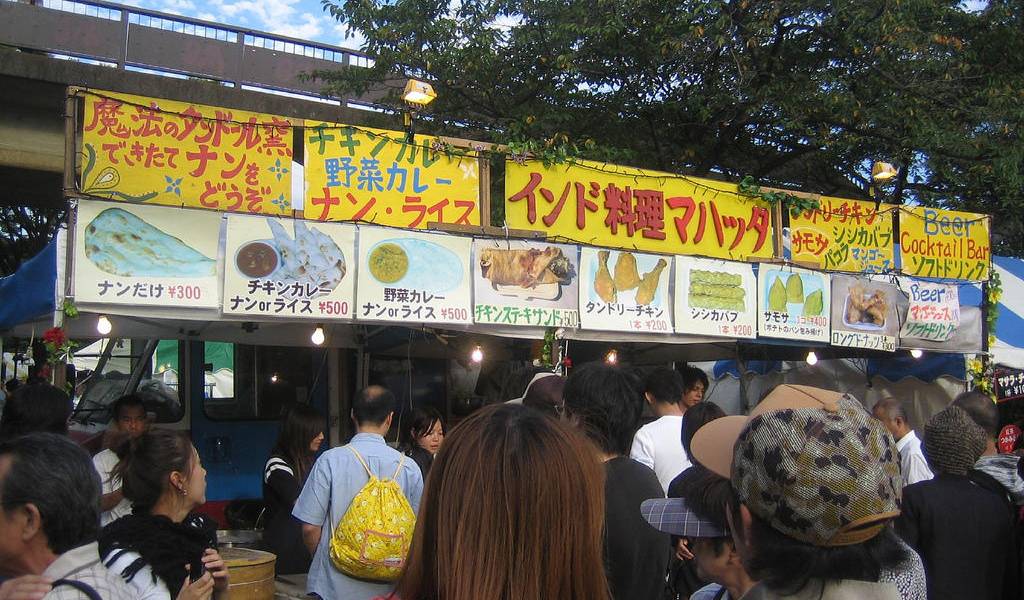 Although the weather starts to get a bit wild and woolly about now, it’s still plenty warm enough to enjoy the great outdoors and now that temperatures have dropped a few degrees, there’s probably less chance of expiring from heat stroke and/or over-consumption of alcohol.

The Namaste India Festival returns to the event square at Yoyogi Park on both Saturday and Sunday. With the links between India and Japan getting stronger, this festival gets bigger and bigger each year.  There will be 32 different food and drink stalls, musical performances, lectures and other displays.  There are scheduled performances from 11am to 7:30pm on Saturday and from 10:15am to 6:15pm on Sunday. Closest stations are Meijijingumae/Harajuku on the Chiyoda, Fukutoshin and JR Yamanote lines and Yoyogi Koen on the Chiyoda Line.

Just down the road at Yoyogi Hachimangu (Yoyosgi Hachiman Shrine) they’re holding their regular yearly festival. The festival will run on both days and there will be the usual activities – taiko drummings, parades of shoulder borne shrines and ‘yatai’ street food.  The schedule isn’t clear, but it will no doubt be in full swing by early evening.  Closest stations are Yoyogi Hachiman on the Odakyu Line and Yoyogi Koen on the Chiyoda Line.

Outside the east exit of Ikebukuro station this weekend will be the Fukuro Matsuri.  The festival is yet another autumn festival featuring a parade of shoulder borne shrines and lots of food stalls. Ikebukuro is a major station and there will no doubt be lots of people involved which means things should be quite boisterous. For an autumn festival within sight of Tokyo Tower (think of those photo ops!) there is the Atago Shrine Matsuri. Same deal as all the other autumn festivals.  Closest stations are Onarimon (Mita Line), Toranomon (Ginza Line) and Kamiyacho (Hibiya Line).

For something completely different, there is a beach volleyball tournament (link in Japanese) on the beach in Odaiba which is open to all comers – from beginners to pros. Pre-registration is required, so if you want to play this weekend you should get in quick.  Saturday will feature 2 player teams while Sunday will have a 4 player team tournament. Closest stations are Daiba and Odaiba Kaihin Koen on the Yurikamome line. The venue itself is Odaiba Kaihin Park.

Written by: Greg Lane
Greg's Tokyo favorites are: Shinshu Osake Mura, Kiyosumi Teien Garden, The American Craft Beer Experience 2023
Filed under: Living | Things to do
Tags:
Sharing
Questions or comments about this article?
Start a thread on our community forum
Ask our local experts about Tokyo