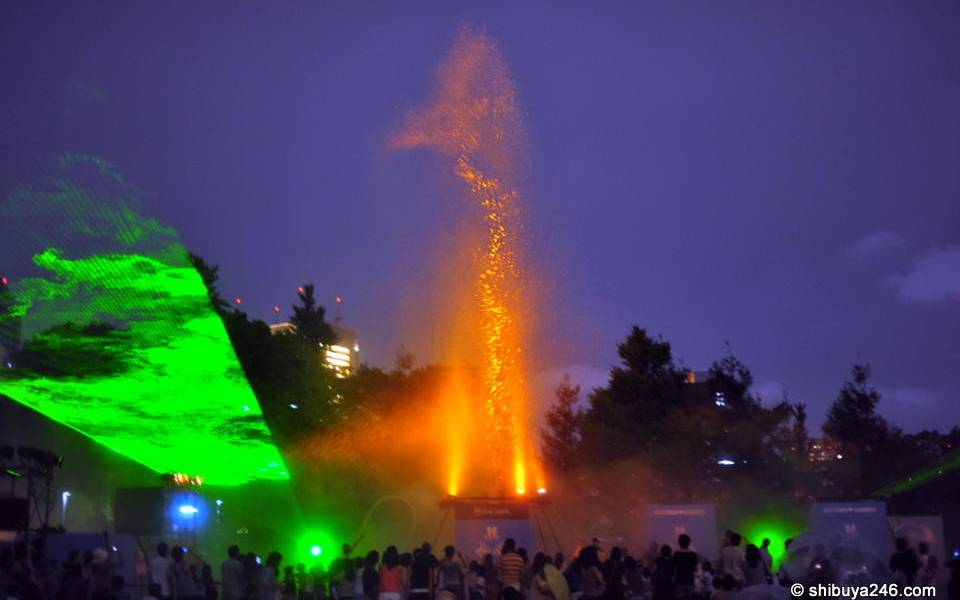 Timed to coincide with the end of rainy season and the onset of the seriously hot weather, there is a plethora of events on this weekend across the wider Tokyo Area.

If you feel like you need a break on an exotic Hawaiian isle but you don’t have the cash then head to er… Ikebukuro. Just outside the west exit of Ikebukuro Station in the originally named ‘West Exit Park’ you can enjoy the Tokyo Hula Festival.  There will be performers from Hawaii and Japan along with 20 stalls selling Hula related stuff and refreshments.  You’ll also have a chance to try Hula for yourself – just think of the photos you can post to facebook.  The event runs on Friday evening and all day Saturday and Sunday.  Entry is free.

Over in east Tokyo, there is an interesting event for the kids – a Goldfish Festival at Gyosen Park on both Saturday and Sunday.  The park is located near the Aeon Supermarket and about a 15 minutes walk from Nishi Kasai station.  Aside from the festival, Gyosen Park is a great cheapo spot as it contains a zoo with free entry.  The zoo features red pandas, wallabies, various monkeys, seals, some rather poor looking penguins and a petting zoo with rabbits, goats and sheep.  There will be various goldfish related activities including the traditional summer activity of ‘kingyosukui‘ – scooping a goldfish with a delicate paper scooper that will probably fall apart before you catch a goldfish.

If the lanterns at Yasukuni Shrine were a bit controversial for you or you happen to be located down Kanagawa way, head to the castle town of Odawara for 21st Odawara Lantern Festival which will be happening on Saturday and Sunday next to the moat at Odawara Castle Park.  There will be 2,200 traditional chochin lanterns illuminated and entry is of course free.

From tomorrow (Friday, July 20th) at Tokyo Midtown until September 2nd (so no need to hurry here folks) the water cannons and lasers return to the grassy square behind Midtown for the ‘Water Fireworks Show‘.  That doesn’t really make sense but if you see it you’ll understand!  Unfortunately Midtown have decided to be lazy this year with providing any information in English.  However, there will be two shows each evening beginning at 7:40pm and 8:30pm on Saturdays and Sundays and at 8pm and 9:10pm on weekdays.

Edit: Yoyogi Park sees the return of the national festivals with Festival Brazil happening on Saturday and Sunday at the usual venue nearby NHK.