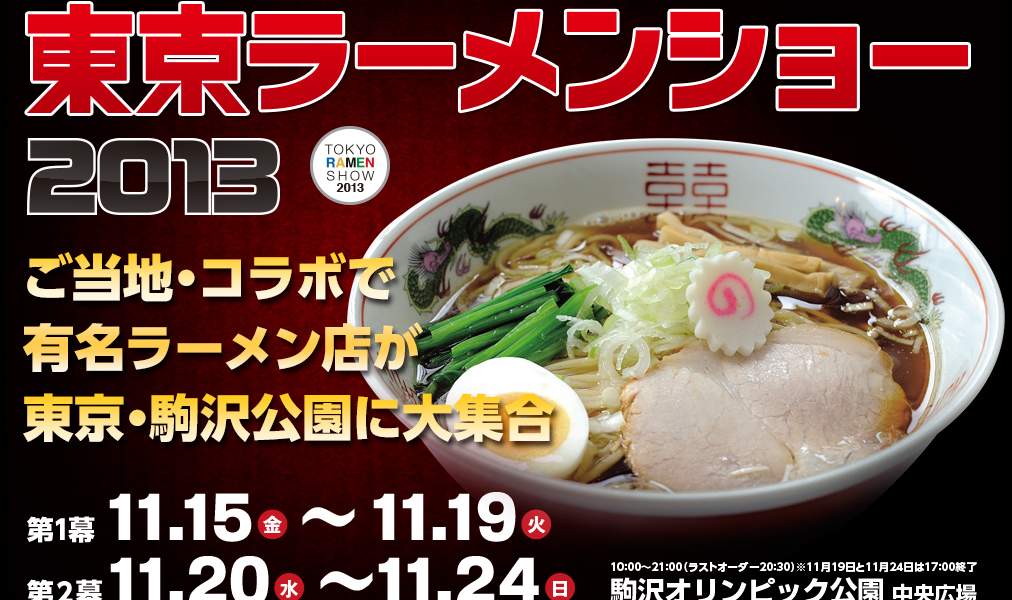 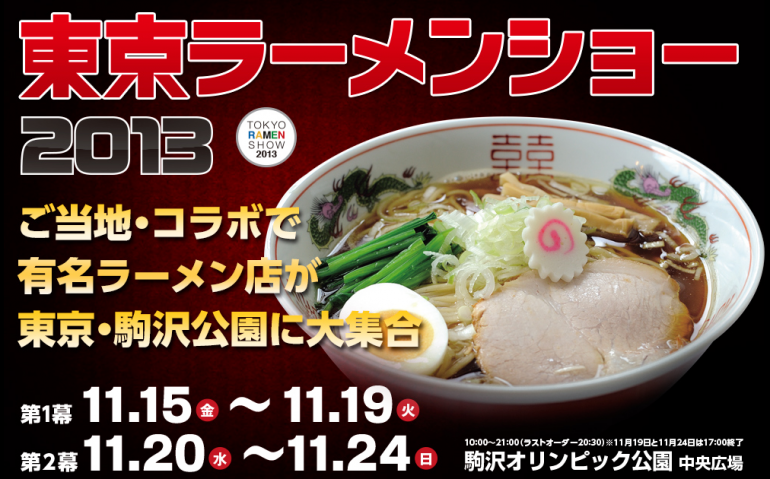 The Tokyo Ramen Show gets underway on Friday, November the 15th at Komazawa Olympic Park. It’s a bit of a trek from central Tokyo, but ramen paradise awaits. The event, broken into two parts – each with a completely different line-up of vendors – runs until November 24th. Go here for more information.

There will be a big dump of snow in the event square at Yoyogi Park this weekend.  Despite the falling temperatures and reported snow falls in Aomori and Hokkaido, this snow won’t be thanks to the cold weather – it will be trucked in from the mountains. The simple explanation provided by organisers of this event is Snowboard x Bone Marrow Bank x Life = Snow Bank Pay it Forward.  So it’s basically pro snowboarders getting together and performing in order to get more people to join Bone Marrow Banks. Despite the serious goal, it looks like lots of fun with music, art, food and of course, snow. More info here.

It would be difficult not to notice, but Christmas officially started at a number of major retail areas in Tokyo this week. Tokyo Midtown and Shiodome Caretta start their Christmas illuminations on November the 14th and 15th respectively. Take a look at our winter illuminations guide for more info.