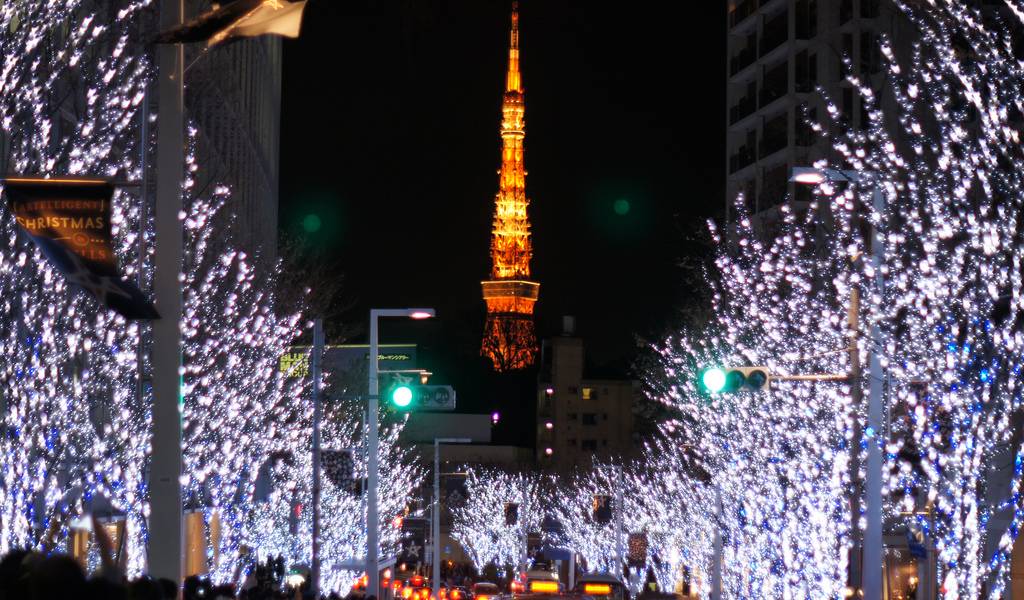 This weekend, the Shibuya Music Festival will be adding to the general din at various spots spread throughout Shibuya. Venues include  Shibuya Hikarie, Marui City Shibuya, Shibuya 109, Dogenzaka-dori, and Miyamasu Mitake Shrine and Shibuya Kokaido,

The music and dance offerings will range from traditional Japanese drumming to contemporary styles. Most of the events will be free while the event at Shibuya Kokaido will set you back a few thousand yen. The closest station – as you might have guessed – is Shibuya.

Behind Roppongi Hills, the the Roppongi Hills 10th Anniversary Christmas illumination has already started. To mark the 10th anniversary of Christmas illuminations along Keyakizaka, this year’s ‘light-up’ is a little different. There will be digitally choreographed shows for 10 minutes on the hour from sunset until 11pm. The closest station is Roppongi.

This weekend is also an excellent opportunity to visit the Tokyo Metropolitan Chrysanthemum Exhibition at Hibiya Park. The crysanthemum is the flower of Japan’s imperial family. This particular exhibition has been held since 1914 and features a wide range of crysanthemums as well as bonsai. The closest station is Hibiya.