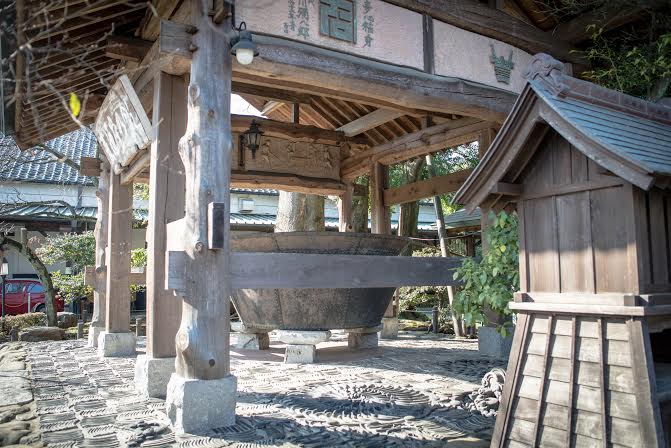 If you’re into tasty food, locally brewed beer and sake (alcohol made from fermented rice), and blues music, then look no further than Ishikawa Brewery in Kumagawa in Fussa City, Tokyo.

There you’ll find a 120-year-old sake and beer brewery that offers more than just a free tour of its 19th-century facilities. Not only is the Ishikawa Brewery run by Taro Ishikawa, the 18th generation owner who still lives on the site, but many of its Edo and Meiji period buildings are registered as tangible cultural properties—which makes for culturally enriching and bona fide Japanese experience.

Should you visit during the summer you might stumble upon one of the owner’s lively jam fests he holds for customers and staff.  He loves music and the tour guide told me that he wants to create a “Disneyland for beer lovers.” He is known to entertain staff and guests under the brewery’s 600-plus-year-old tree with both his harmonica and live bands.

The tour starts at the main kura (sake storehouse). Immediately upon entering you’re hit with the sweet mixture of sake and the building’s aged wood. At this point the guide explains the sake-making process  (the polishing, washing and fermenting of rice) before moving on to the other points of interest on the site.

Next stop is the beer brewery area. On the way you’ll see a huge beer brewing cauldron from 1887 that survived the war due to being poorly taken care of by relatives and became buried in the yard over the years (hmm, so laziness does pay off). After it was rediscovered it became a national heritage artifact and subsequently enshrined by the family.

The beer brewery building houses an event space upstairs. If you attend an event there you can enjoy freshly brewed beer straight from the tanks.  Four microbrews are available year round, and one or two seasonal varieties are introduced each year.

After the tour, my group was offered a generous sampling of 3 different kinds of sake made at the brewery. Once we got our buzz on, we were then shown the gift shop where you can buy their sake and beer, sake cups, local honey, and cheeses along with the standard souvenir shop fare. I suggest trying the Arabashri sake (17-20% alc.), and for beer I recommend the Blueberry Ale or Pale Ale—though honestly you can’t go wrong with any of their brews.

(Side note: On the day we went, the beer production area was unfortunately closed, but I heard people get beer samples too when it is opened.)

In case you get hungry

If you get hungry there are 2 restaurants that are housed in old kuras; one serves Japanese cuisine, and the other serves Italian. I chose the Japanese restaurant and the food was both oishii (delicious) and reasonably priced. I enjoyed their kitsune udon (thick noodles served with fried tofu) and shared an order of fried cream cheese puffs with my friends. It cost 1,500 yen total (less than $15 USD). I’d say that’s pretty cheap considering the tour and sake tastings were free.

Brewery Bonus: there’s also a free museum documenting the brewery’s history on the second floor of the Japanese restaurant.

Don’t speak Japanese? Fear not, my group received English pamphlets and an English guide is available. Please call ahead to schedule a tour in English.

Open with Maps
Ishikawa Brewery
1 Kumagawa, Fussa City, Tokyo 197–8623
Fussa
Official Website
042-553-0100
Mon-Fri 9:00 a.m. to 4:00 p.m.
Written by: Angela Schnabel
Filed under: Things to do
Tags:
Sharing
Questions or comments about this article?
Start a thread on our community forum
Ask our local experts about Tokyo