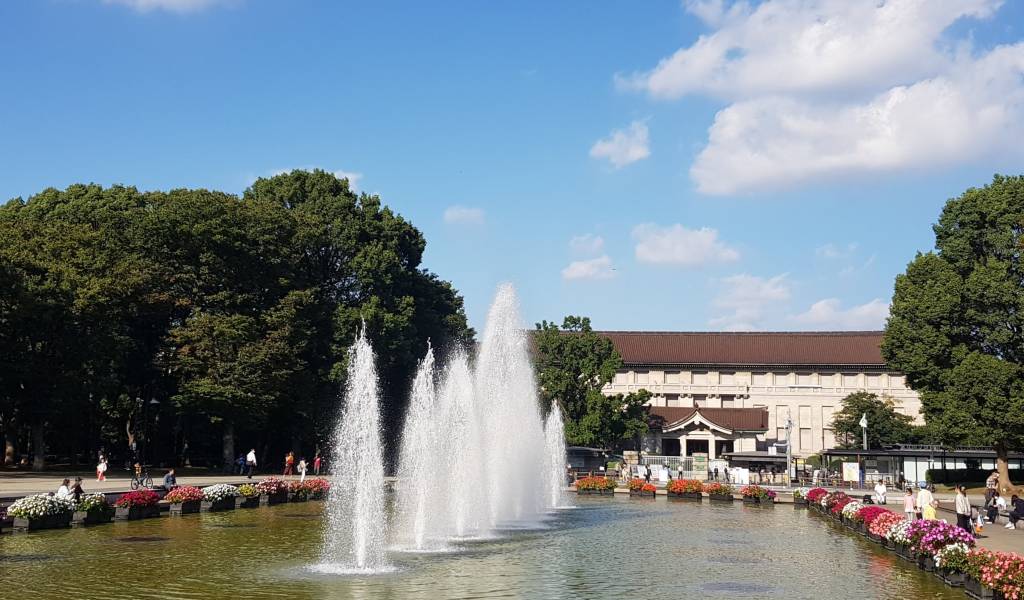 Get Cultured at the Tokyo National Museum

The Tokyo National Museum is Japan’s largest and oldest museum, housing over 133,000 pieces of art and archeological objects from Japan and other parts of Asia. At least that is what the pamphlet says. Admittedly, I had to go for a class trip, but that didn’t take anything away from it. The museum really does have a wonderful collection, comprising of Ukiyo-e, Buddhist sculpture, calligraphy, Ainu folklore, samurai relics, and a lot more. Just don’t pull out anything to drink there. I took the cap off my Aquarius and I might as well have pulled the pin off of a hand grenade to the security guard. It didn’t help that the guy berated me while I was in the presence of a deva king.

The museum is made up of a series of buildings and each is dedicated to a specific topic. There is also a really nice garden and teahouse, but it is only open during the spring and fall. I highly recommended checking out the Heiseiksn building, partly because it is an awesome visual guide to the complete history and foundation of Japan, starting with the Jomon period, but mostly because of the awesome haniwa display. You remember those creepy statues you dug up in Animal Crossing? The Tokyo National Museum has a lot of them.

The museum is located about a 10 minute walk away from Ueno Station and Uguisudani Station. The easiest way for me to get there is to just take the JR Line to Ueno Station and look for the park exit. It’s in the same area around the zoo and all the other museums that are worth checking out. Entry fee is 600yen, 400yen for students, free for persons younger than 18 and older than 70, or with disabilities. A cool bonus can be had on the 2nd and 4th Sunday of every month when the museum rolls out free-guided tours in English. The Tokyo National Museum is a very cool and relaxing spot that anyone interested in Japan, or Asian culture in general, should put on their list of places to visit. Besides, you’re in Japan; you might as well learn something about it.

Open with Maps
Tokyo National Museum
Ueno
Written by: Aaron Baggett
Filed under: Museums And Exhibitions
Tags:
Sharing
Questions or comments about this article?
Start a thread on our community forum
Ask our local experts about Tokyo