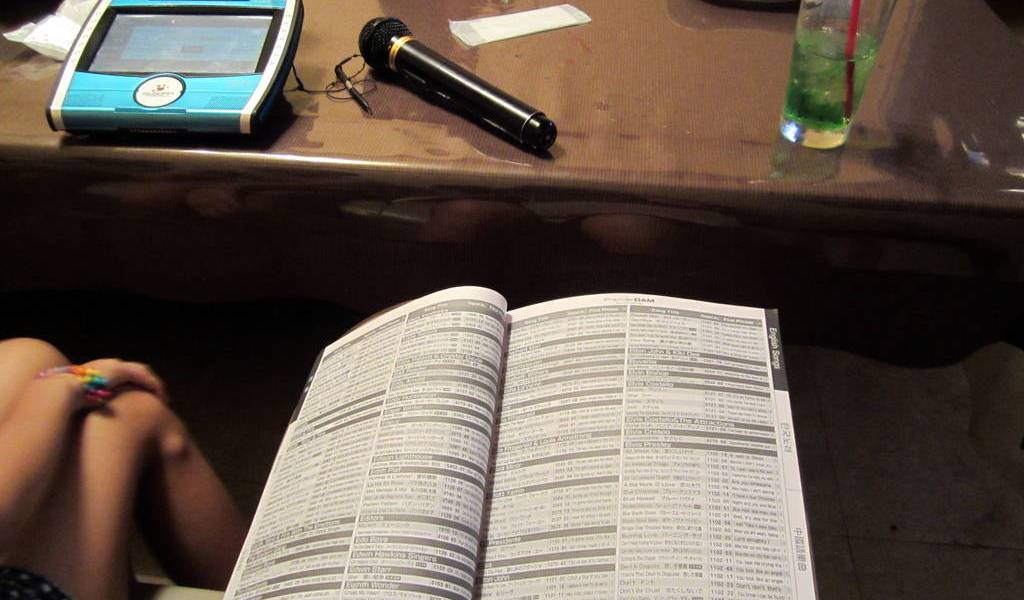 5 Ways to Save Money at Karaoke

1. Go to karaoke during weekdays before 5pm

Like all fun nighttime attractions, karaoke is cheapest during weekday days. The most expensive are weekends at night.

And while it is much more convenient to go on weekends or at night, if you are travelling in Japan, you don’t have to live by the normal Japanese working hours.

Another option is “free time.” Most shops will let you pay a flat fee for late-night karaoke (typically between 11pm and 6am). After you pay the flat fee, you can sing, sleep, or do whatever else you want – within reason – until “free time” ends. The flat fee can be anywhere between 1,500yen and 4,000yen, depending on whether drinks are included or not.

2. Calculate and compare prices ahead of time

There are two types of prices for karaoke clubs: including drinks (nomihodai) or excluding drinks (with the requirement that you order one drink). Bear with me, because there are also separate prices for weekday before 5pm, weekday after 5pm, weekend before 5am, and weekends after 5pm. Karaoke clubs either charge per hour or per half an hour (half an hour is the most common).

So right off the bat, a karaoke bar can theoretically charge eight different prices.

If there are two side-by-side karaoke bars in Shibuya, how do you figure out the best deal? It’s simple. Math.

Don’t worry, the math is fairly straightforward. The “all you can drink” price is typically the best deal if you are staying in the karaoke bar for less than two hours or you get thirsty easily.

For instance, if the karaoke shop in question charges 50yen for every half hour (excluding drinks) and 160yen (all you can drink), think about how long you will stay. Most soft drinks at the bar cost 320yen. Therefore:

If X = time = two hours (4 sessions of 30 minutes), you are better off doing the “excluding drinks” route.

The more karaoke you go to, the easier this calculation gets.

3. Pre-game at a local convenience store ahead of or during the session

Drinks and food are the real killers at karaoke. Even if you pay for the “all you can drink” route, you still might need alcohol to get the creative juices going. Rather than ordering extremely overpriced (but convenient) alcohol at the karaoke shop, try drinking ahead of time or leaving individually during the session, going to a nearby convenience store, drinking a can of beer, and heading back to the room.

However, as I will mention in the warning section – do not attempt to smuggle food, drinks, or alcohol into the room. If caught (or suspected of smuggling), a huge fine will be stamped onto your final bill. Karaoke shops make a lot of money on drinks, they don’t like it when you cheat the system.

4. Bring enough friends to make it fun, but not too many

I think the perfect number for karaoke is three to six people. Any more than ten is just a crowd and, unless you all know each other very well or are very drunk, it’s not as much fun. Individual people don’t get to sing – and trying to go solo on your own song can be a bit embarrassing or annoying.

When I go with large groups of friends, we tend to reserve multiple rooms (since it usually costs the same), and split ourselves into two groups of five. Then, we can move between rooms as much as we want.

5. Sign up for a member’s card or register your iPhone

If you have an iPhone or Android, bring it with you to karaoke. Members who “like” the page on Facebook or fill our surveys can get a permanent 5% discount and/or a one-time 20% discount. It’s not a lot, but every yen counts.

If you have a member’s card, you can also get coupons and discounts.

Do not smuggle in food, drinks, or alcohol.

That is against the rules of every single Karaoke club I have been to. It is tempting to smuggle in food or drinks during the marathon karaoke sessions, but if you get caught, you will have to pay a rather steep fine, ranging from 1,500yen to 3,000yen. If you want to do drunk karaoke, pre-game ahead of time at a local convenience store and then order one drink to share at the karaoke place.

If you DO smuggle in food or drinks, hide all the evidence.

Do not have sex in the karaoke room.

This is also against the rules (no surprises there). Yes, couples do this all the time but no, you shouldn’t. I have friends that have mastered the art of maneuvering and completing the act in record time – but I also have a friend who was caught going at it with her boyfriend and was forced to pay 20,000 yen to the karaoke shop. The doors have large windows and can’t lock. Kissing and a little touching is probably fine (or at least harder to actually get caught), but be aware the employees are constantly roaming the halls and delivering drinks.

Written by: Grace Buchele Mineta
Filed under: Music and Nightlife
Tags:
Sharing
Questions or comments about this article?
Start a thread on our community forum
Ask our local experts about Tokyo