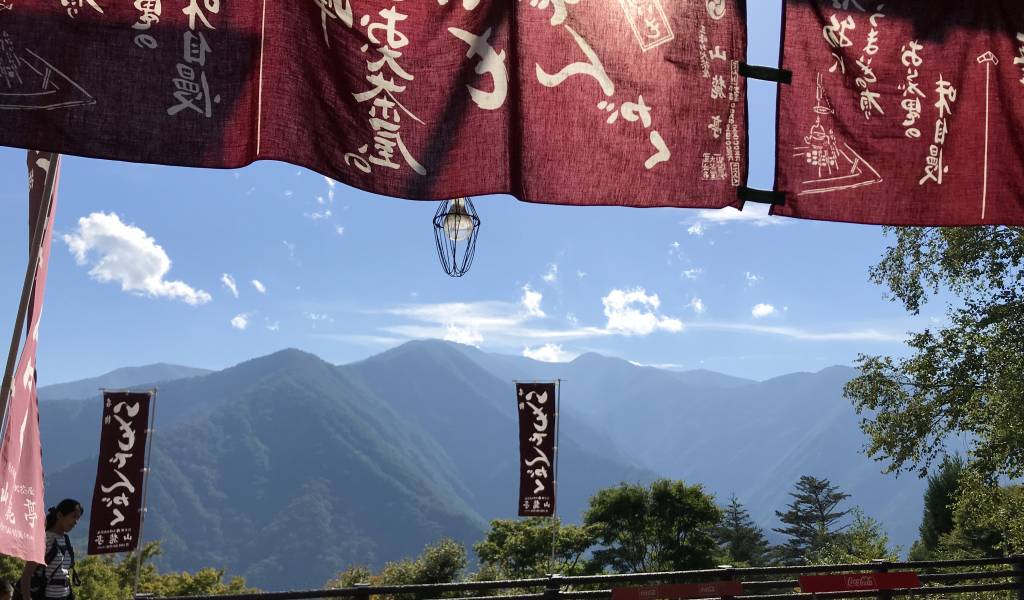 Saitama may be a commuter’s prefecture, but it’s got it’s own charm with a Little Edo town, natural havens, and even a bonsai village.

Head out of Tokyo and spend a few days relaxing in the mountains with cool rivers and impressive festivals to enjoy. The hiking options are practically unlimited, with routes like the Mt. Hiwada–Mt. Takasashi–Mt. Monomi trail offering great views and natural highlights like waterfalls and forests. If you’re more of a J-pop kind of fan, then the Saitama Super Arena is host to a huge variety of singers from Japan and abroad. The prefecture is famous for hearty food and sake, so taking a sake tour is a must-do, while a good plate of local soba will sober you up after! If you’re after something unusual, try the free G-cans drain tour, visit the teamLab Acorn Forest, or read on for some unusual statues hidden in the mountains.

Lay of the land

Surrounded by Chiba, Ibaraki, Tochigi, Gunma, Nagana, Yamanashi and of course Tokyo, Saitama is a small prefecture with plenty of neighbors. The capital, formed in 2001 is Saitama City and there are few other well-known cities. To the west is a mountainous region known as the Kanto Range connecting to Gunma, where many Tokyoites head on weekends for hiking and river sports. A large section of the Chichibu Tama Kai National Park is included in the prefecture, and to the east is the Kanto Plain, which is relatively flat in comparison.

Best spots to explore in Saitama

Nicknamed Little Edo thanks to its traditional architecture and old-town feel, Kawagoe is a great day trip from Tokyo if you want a change from the neon. The kurazukuri, which line the main street, are traditional warehouses and merchant homes, now mostly open as shops and cafes.

The Toki no Kane is a well-known landmark, meaning “Bell of Time” and stands tall after being reconstructed following the great fire of 1893.

Just around the corner is Kashiya Yokocho, aka Candy alley—a little street filled with traditional treats like brown-sugar coated fu (sort of like bread, sort of like polystyrene), sweet-potato chips and sugar balloons.

There are some great temples in the area too, including Kita-in, which is home to over 500 statues each with their own unique faces, Hikawa Shrine, and Semba Toshogu Shrine.

The Kawagoe Hikawa Festival is an autumn event with parades of stunning two-tiered floats topped with an Edo-style doll.

In spring, you can ride sakura boats through the narrow waterways, and in summer, there’s a “million lights” lantern festival.

To reach Kawagoe, catch the Tobu-Tojo Line express from Ikebukuro Station—it takes just over 30 minutes and costs ¥670. From Seibu-Shinjuku Station, it takes an hour on the Shinjuku Line express to Hon-Kawagoe and costs ¥510. You can save money with a Kawagoe Pass.

A hiking retreat with impressive shrines and a steam train, Chichibu is a sprawling district with large parts of the Chichibu-Tama-Kai National Park in its realm. Once the silk capital of the Edo period, creator of coins and later an industrial hub, Chichibu has only recently turned to tourism, so it’s still got a quiet, undiscovered feel to it.

Chichibu Shrine is one of the main draws in the city and is over 2,000 years old, with stunning carvings and elaborate designs. The city also has its own temple pilgrimage with 34 temples to visit. You can also explore the Meisenkan—the silk museum which still produces items in the traditional format today.

In winter, Onouchi Valley is famed for its icicles. In spring, be sure to visit Hitsujiyama Park for its incredible moss phlox festival.

Hiking options are vast from the city, including Mt. Mitsumine with accompanying shrine.

Chichibu Night Festival takes place annually in December. It is considered one of the top three float festivals in Japan. Watch as six lantern-lit floats parade through the city streets surrounded by crowds and food stalls, all kept cool by the brisk winter air.

From Ikebukuro, you can catch the Seibu limited express, which takes 1 hour and 15 minutes and costs ¥1,500.

Alternatively you can catch the regular express to Hanno where you’ll then switch to the Chichibu Line. This journey takes an extra half hour but costs half the price.

For those looking for adventure, Nagatoro is a rural town deep in the mountainous west of the prefecture. Since the whole town and surrounding areas has been designated a prefectural nature park and reserve, it will remain an unadulterated escape perfect for hiking and water sports.

The Arakawa River can be explored by boat cruise, with three courses to choose from, or whitewater rafting—both at a reasonable cost. The Iwadatami rock formations are another popular sight, seen either by boat or foot.

You’ll find the Hodosan Shrine at the base of Mt. Hodosan, which can be hiked or you can opt for the ropeway to get you to the top. From the top you can look out over Mt. Buko and the mountain ranges of Gunma, as well as the Hodosan Upper Shrine.

Every year on August 15 is the Funadama Festival, which takes place at the Iwadatami rocks. Stunning Mantosen lantern boats glide along the river as darkness falls and crowds watch from their spots on the famous rocks. The festival includes food stalls and fireworks, but crowds too, so arrive early if you can.

To reach Nagatoro, catch the Tobu Tojo express from Ikebukuro to Ogawamachi Station, then change to the local line. When you reach Yorii Station, change to the Chichibu Line and alight at Nagatoro Station. This takes just under two hours and costs ¥1,600.

A pretty new city, Saitama was only officially created in 2001 as the result of a merger of smaller cities including Omiya and Urawa. In addition to having the impressive Hikawa Shrine, the city is home to two spots which draw in plenty of enthusiasts from around Japan.

The Railway Museum is run by JR East and will teach you all you need to know about railway development in Japan, with everything from steam trains to Shinkansen.

Alternatively, the Omiya Bonsai Village is a relaxing neighborhood with nurseries and and a dedicated bonsai art museum to explore. While you can stroll through most of the nurseries, you can’t take photos. However, you can take photos at the Omiya Bonsai Art Museum, which has plenty of information in English and you can learn all about the ancient art.

Not quite in Saitama itself, but the Kumagaya Uchiwa Matsuri is too good not to mention. Held in Kumagaya City, just under 40 minutes from Saitama City (15 on the Shinkansen), it is one of Kanto’s largest festivals, similar to the Gion Matsuri of Kyoto with impressive floats and lanterns galore.

Omiya Station is Saitama’s main hub and is less than 30 minutes from Ikebukuro on the Saikyo Line rapid train for Kawagoe. The journey costs ¥400.

You can also reach Omiya from Shinjuku Station on the Shonan-Shinjuku Line in the same time for the same price.

This unusual site is a great day out if you’ve already seen most of Saitama and are looking for something a little different. The small village of Naguri holds an unusual collection of monuments which sit atop the nearby mountains. Not a temple nor monastery, the site has Buddhist affiliations and includes three large Guze Dai Kannon statues which loom across the landscape.

If you walk through the small village and follow the river you’ll find the main hall before continuing to the hiking path after paying a small entrance fee.

There’s an onsen nearby and you can relax knowing you’ve seen an unusual spot of Saitama not many will know about.

From Ikebukuro catch the Seibu semi-express to Hanno Station which takes 43 minutes and costs ¥480. Then, head to the North Exit to the buses and catch the 飯０３ bus and get off at the Renkeibashi stop. This bus takes just under an hour and costs ¥700.

Since it’s such a crazy commuter route, there aren’t too many travel passes between Tokyo and Saitama, but if you’re heading to Kawagoe and you’re here on holiday then you’re in luck.

The Seibu Kawagoe Pass is for overseas visitors with a foreign passport. The pass is shaped like a lucky charm to protect its travelers on their journey. Costing ¥700, it covers a round trip between Hon-Kawagoe Station and one of three Tokyo Stations: Ikebukuro, Takadanobaba or Seibu-Shinjuku. It can save you a few hundred yen, plus the added safety of course.

The Chichibu Railway does not accept Suica or Pasmo cards, so remember to buy local-line tickets if you’re traveling that way. Having change handy is always a bonus.

Special thanks to David, Tokyo hiking guru, at Ridgeline Images for photos of Hakuun-san Torii Kannon.