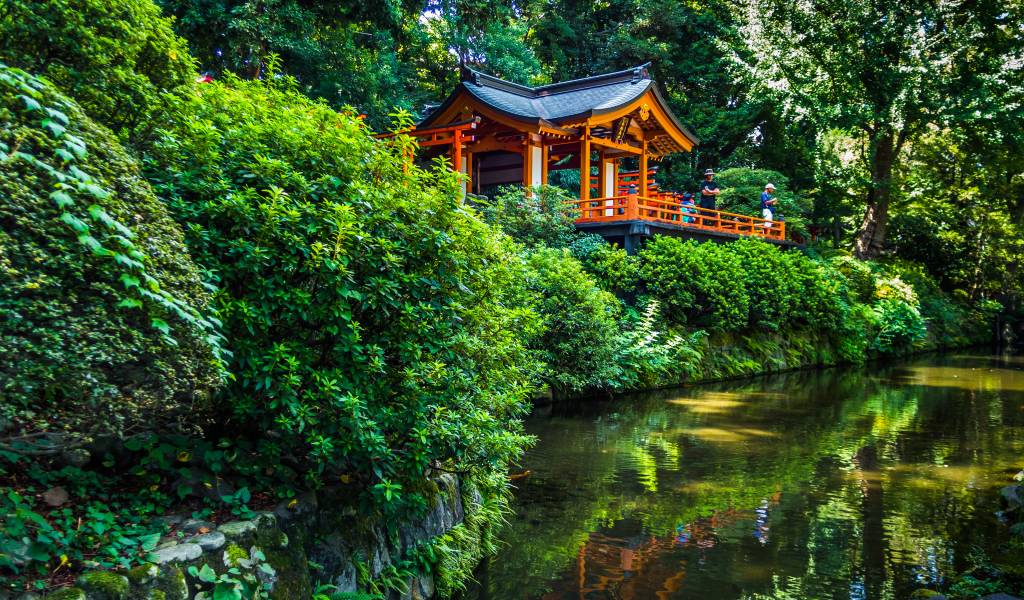 From a cheapo point of view (this is why you’re here, right?) few things can match temples and shrines in terms of value for money and Nezu shrine is no exception. Granted, not all temples are Kyoto’s Kingakuji in terms of scenic beauty or Asakusa’s Sensoji in terms of size and popularity but if you look a little closer, you can find little (and not so little) gems that could make you visit to Tokyo unforgettable by forgetting you are in Tokyo.

One such case is the Nezu Jinja, the main shrine of the Nezu area, northwest of Ueno Park and one of the oldest shrines in Japan. Even if we don’t take the legends at face value and it wasn’t really founded by prince Yamato Takeru about 1300 years back, the present structure is pretty much intact since the mid-Edo period (i.e. 1705) which makes it one of the few actually old temples/shrines in the metropolis; remember that most of what we call Tokyo today has been created post-war since the March 1945 air raids pretty much destroyed everything.

Nezu Jinja—built at the foot of a hill on the border of Bunkyo and Taito Wards—escaped though and despite the fact that most guides associate it with the tsutsuji (azalea) flowers and the mandatory matsuri/festival accompanying their blooming in April, personally I think it’s worth a visit anytime. Among other things, because its architecture is quite unusual and much more opulent than what you usually get in shrines (this style is called Gongen-zukuri and it’s most extreme version can be found in the Nikko Toshogu mausoleum) and because  it contains the closest you can get to Tokyo to a red-torii gate path similar to the one in Fushimi Inari Taisha in Kyoto.

This comparison will probably make Kyotoites scoff but the Otome Inari Jinja, the secondary shrine contained in Nezu Jinja’s grounds which is also home to this torii path is really beautiful, overlooking a longish koi (carp) pond and very photogenic, nested as it is in lush greenery. The fifth Tokugawa shogun, Tsunayoshi (aka “the dog shogun”—really fond of animals that guy) responsible for the shrine as it is today surely knew how to pick a location: according to history, he moved the shrine from its old location in nearby Sendagi to celebrate choosing his successor, his nephew Ienobu.

Visiting on a regular day you’ll have the chance to walk around the shrine’s grounds without being bothered by the crowds swarming most of the other famous temples and shrines like Kanda Myojin or Sensoji and take in the mix of nature and architecture. The second, two-story gate aka “Romon”, the third/main gate aka “Karamon” and the latticed wall aka “Sukibei” are all National Important Cultural Properties (the Japanese love these designations!) and certainly worth noticing; I think that some of the less illustrious micro-shrines and monuments worn from the centuries and scattered around the place are also worth examining but here we might be crossing into specialized interests’ territory.

If you are into exploring less crowded parts of Tokyo and seeing neighborhoods that are the extreme opposite of places like Roppongi, I’d certainly suggest the Nezu Jinja and its surrounding area. It’s beautiful, it’s steeped in history, it’s important to the culture of old Tokyo and it’s free; is there a better combination?