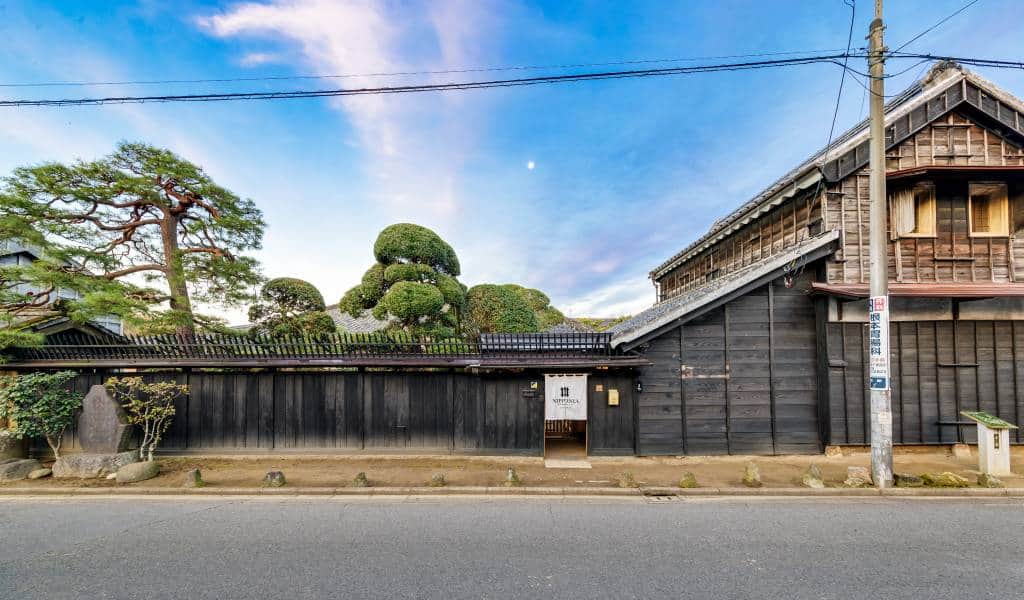 Sawara: A Trip Through Retro Chiba

Located in the northeast of Narita City, a pocket of Japan best known for its airport, is where you’ll find Sawara, an authentically traditional town with lots of charm and hardly any crowds.

If you’re on the hunt for a taste of old-world Japan, but don’t have the budget to visit Kanazawa and Kyoto, or if you have an early morning/late night international flight, a day or two spent in this picturesque town is time you won’t regret.

The history of Sawara

Sawara is part of Katori, an area that sits in the northeastern corner of Chiba Prefecture. Around 2,000 years ago, this region became a popular gathering spot for fishing communities who would work along the coast collecting fresh fish and shellfish.

A few hundred years later, the locals set up a shrine, Katori Shrine, to protect them against natural disasters, the most pressing of which was flooding. In 1590, Edo-era lord Tokugawa Ieyasu (1542–1616) proposed a public work that would change the course of the nearby Tone River and protect the area from future floods.

Sawara, a township that sat along the Tonegawa path, became an area known as “the kitchen” of Edo, with its own direct canal passage, the Onogawa River cutting right through the town center. Sawara also became a key distribution base, and merchants from across Japan traveled here to take advantage of the growth of Sawara.

During the Edo period (1603–1867), Sawara became a popular transport town. Here rice shipments destined for the capital were delivered before reaching Tokyo. To this day, there are a select few businesses that run as they did all those years ago. The streets look a little like Otaru in Hokkaido or Kawagoe in Saitama, so why tourists do not overrun this historic little pocket is a bonafide mystery!

The canal, which is the main artery that runs through the center of Sawara, is a very stroll-worthy destination. Along the way, you’ll find countless snack stores selling local favorites like yakiimo (grilled sweet potato), and peanut ice cream (peanuts are a Chiba specialty). If you want to see the town from a different perspective, you can also sign up for Sawara Sightseeing Boat that departs near the Chukei Bridge. The cruises start daily at 10 am and finish running between 3 pm and 4:30 pm depending on the time of year. They’re relatively short—only 30 minutes—but full of impressive scenery. It runs year round, but probably isn’t ideal on cloudy and rainy days as the boats have open roofs.

Sitting just outside Sawara, the Katori Shrine is an icon of the area. Across Japan, there are 400 shrines called Katori Jinja Shrine and this one is the head one. It has a history that goes back over 2,600 years and is said to be the home of enshrined deity Futsunushi-no-Ookami, the god of family safety, business, marriage, and fertility and childbirth. According to Japanese tradition (or superstition might be a better word), the ages 25, 42 and 60 for men, and 19, 33 and 60 for women are said to be unlucky years. When local folks turn one of these ages, they head to this shrine to ward off evil fortune.

The town is also well known for being the host of the popular and spectacular Sawara Matsuri, a festival where floats ridden by giant dolls, crafted in the likeness of mythological Japanese warriors, parade along the streets. While the event runs twice a year in July and October, you can see some of the shrines on display year long at the Dashi Kaikan Museum.

During the 18th century was when the Tone River was at its most intoxicatingly influential. The river attracted a flood of merchants as well as 35 sake brewers to set up shop in the area. Today only a handful of distilleries remain—one of which is Tokun-shuzo, an award-winning sake distillery keeping the area’s history and legacy alive. Here you can join one of the distillery’s daily tours (in Japanese) and sample some of their products. The front store sells plenty of unique sake-related gifts including sweets, cosmetics, and other sake-infused drinks like umeshu (plum wine) and yuzu spirits.

Where to stay in Sawara

Boutique hotel crew Sawara Merchant Town Hotel Nipponia is a top choice for those wanting to really immerse themselves in the culture of the area. The company behind the concept renovated four merchant houses to create hotels that combine Edo-era architecture with modern luxury finishes. The homes were all built sometime between 1855 and the Meiji era.

The concept of Nipponia is that the city itself is a hotel, so merchant houses are treated as separate hotel rooms. To access the lobby, guests must wander down along the river to the merchant house turned check-in desk and restaurant. It’s a novel concept and a great way to see the city.

Sawara sits around 20 kilometers northeast of Narita Airport. From Tokyo by train, take the JR Sobu Line to Narita Station, then change to a local train (JR Narita Line), which is 30 more minutes to Sawara Station.

By car, it takes about 30 minutes to get there from Narita Airport via the expressway—or about 45 minutes by toll-free roads.

Open with Maps
Written by: Lucy Dayman
Filed under: Sightseeing
Tags:
Sharing
Questions or comments about this article?
Start a thread on our community forum
Ask our local experts about Tokyo