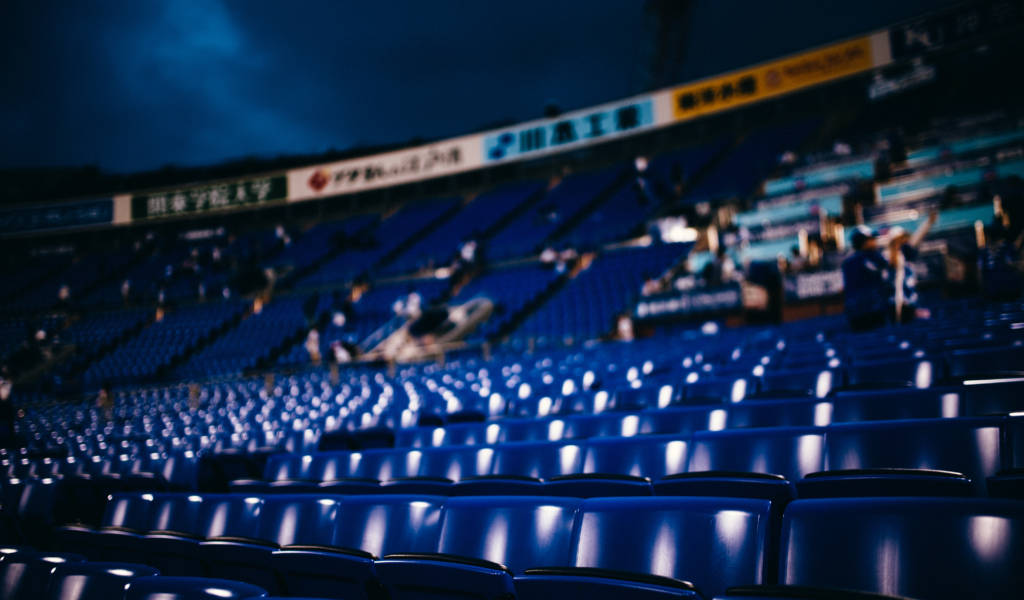 The third-largest sporting event in the world, the Rugby World Cup, will be held in Japan from September 20 to November 2, 2019. This will be the first time ever that the cup is taking place in Asia. The country is anticipating 400,000 rugby supporters to arrive from abroad throughout the six-week tournament. The event is already proving immensely popular, with more than 4.5 million applications received for the tournament’s 1.8-million ticket pool, both public and restricted.

So far, organizers reported that tickets especially for matches involving the host nation Japan and the strong rugby nations of New Zealand, England and Ireland are in high demand and expected to sell out. Read on below to learn how you can still lay your hands on some rugby tickets now.

Pro tip: Missed out on tickets? Find out where to catch the action at Tokyo pubs and sports bars.

According to the organizers, tickets can only be purchased from the official RWC site and select partners.

Ticket sales started last year, with the first tickets becoming available for official supporters from January 1. These tickets are being sold through the official travel agents (bottom of page), so check their sites to see what packages are still available and in your price range (hint: official tours often include a lot of extras that aren’t always cheap).

Also in January, the priority sales programme for the Japan rugby family, host cities’ residents and Supporters’ Club/Front Row members launched and tickets and bundles were available for a limited time.

Phase 2: Individual sales for priority groups and the hospitality programme

The official hospitality programme launched in February, more below under “How can I still get tickets?”

The first ticket sales stages that were actually open to the public—so that mere mortals like you and me could have a go at scoring a ticket—were a ballot from September 19 to November 12, 2018 and a first-come-first-serve sale of remaining tickets on January 19, 2019. These stages have finished now.

How can I still get tickets to the rugby in Japan now?

Fans hoping to attend the rugby cup will have one more chance to secure tickets in May. The second general ticket sales phase opens at 6pm JST on Saturday, 18 May.

Additionally, the organizers will open an official re-sale platform. There, fans will be able to sell and purchase tickets in a safe and secure manner. Scheduled to open at 6pm JST on Friday, 31 May, all tickets here will be dealt at face value prices.

Finally, for those that can or are willing to shell out more cash, there are also so-called hospitality tickets available. Sold by Sports Travel & Hospitality Japan, these packages include category A (the best seating) tickets, as well as e.g. access to VIP and lounge areas, dinners, hotel nights and so on.

Prices start at around ¥90,000 for the smaller packages and less popular matches and go up to ¥2,192,800 for a suite package to all the matches played in the Yokohama stadium, including the final. In addition, check the official RWC partner agents that sell similar packages—usually also in a similar price category.

A word of warning for unofficial resale sites

If you google “how to buy tickets for the rugby world cup”, most definitely you will see ads or listings for ticket resale sites, including some that even have names including terms like “rugby”, “tickets”, and “world cup”. But not only is the ticket markup on these scalper sites often multiple times the face value, there is also no guarantee that your ticket will be valid or in the worst case, will actually ever be sent out to you. Especially notorious ticket resale site Viagogo has recently come under scrutiny and ample 1-star bad reviews of these sites that can be found online. Make sure to check if the site you are buying from is an official partner and their reviews before purchasing tickets.

Even though you really want to go to the world cup and finally visit Japan and kill two birds with one stone, it might be better to hold off and try to go through the official channels described above first before you risk it.

Ticket prices and other details for the rugby in Japan

During the third phase, which sold tickets to the general public, prices for adult tickets started from around ¥3,000, while tickets to the final on November 2 were up to ¥100,000, so the same or a similar range can probably be expected for the yet-to-come selling rounds. Children up to 2 years old are free.

Ticket prices include tax and are shipped worldwide and guaranteed to arrive on time. There are four categories to choose from A, the best seating, through to D. Here is an overview of the RWC 2019 match schedule. Finally, the organizers guarantee that you and all members in your party will be seated together, so the conditions will likely be the same for the final ticket sales round in January and the resale round that remains yet to be announced.

Finally, if you missed out on all or some tickets but still want to come to Japan for the atmosphere (or already live here) there are official rugby fan zones during the cup. Here, matches will be screened on a big screen, rugby-themed entertainment and food and drinks will be available. Entry to the fan zones is free.

We will be updating this article frequently throughout the year leading up to RWC 2019—so check back for updates!

Tokyo Cheapo has no association with the Rugby World Cup, World Rugby or the official tournament organizers, nor is any association intended. Any mention of Rugby World Cup is for news reporting purposes only.
Written by: Mareike Dornhege
Mareike's Tokyo favorites are: The Ultimate Hachijojima Itinerary: A Tropical Weekend Just 1 Hour from Tokyo, Hachijojima: Tokyo’s Tropical Getaway, Top Diving Day Trips from Tokyo
Filed under: Sporting Activities
Tags:
Sharing
Questions or comments about this article?
Start a thread on our community forum
Ask our local experts about Tokyo