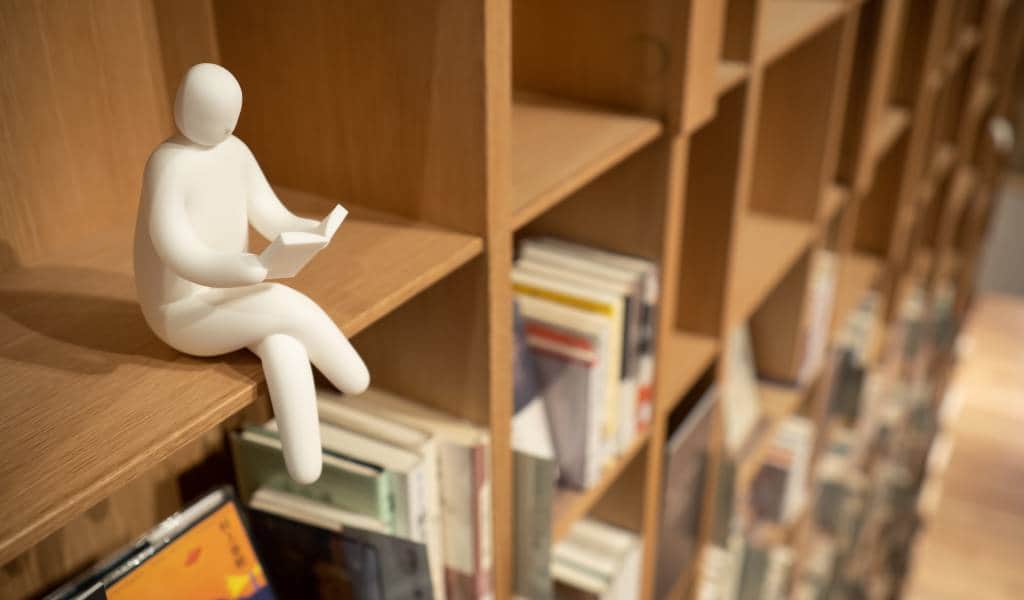 Part library, part literary haven, the Waseda International House of Literature is much more exciting when called by its alternative name: The Haruki Murakami Library.

While readers have rarely been more than a handful of pages from getting lost in one of Murakami’s carefully crafted worlds, this is the first opportunity to step into a physical space of his own curation.

Aiming to create a ‘House of Literature’, Murakami worked with the Waseda team to create a space that is less memorium, more creative hub, with performances, workshops and exhibitions held regularly. The Library reference isn’t a wind up, however. The library holds around 3000 texts, from translated novels to first editions to interviews, all donated by the author himself.

Who is Haruki Murakami?

Author of novels, essays and short stories, Haruki Murakami is a world-renowned writer with a bounty of interests that thread through his work. Raised in Hyogo prefecture, he later moved to Tokyo to study drama at Waseda University. Just before graduating from Waseda, Murakami and his future-wife Yoko opened a jazz cafe called Peter Cat in Kokubunji, running it for seven years. Having worked part-time at a record shop until then, his love of music and his ability to create worlds were combined.

While Murakami didn’t begin writing until the age of 29, he has since produced 14 novels, dozens of short stories and over 40 pieces of non-fiction. Popular titles include Norwegian Wood, the Wind Up Bird Chronicle, Kafka on the Shore and Hard-Boiled Wonderland, with his non-fiction writing growing in popularity in more recent years.

Taking to another hobby later in life, Murakami became a keen runner at the age of 33. His late start was no impediment, however, as he soon began running marathons and triathlons. A memoir, published in 2008, ‘What I Talk About When I Talk About Running’ is a series of essays about his experiences of running.

Criticised during his career as ‘un-Japanese’ in some domestic literary circles, Murakami has been lauded elsewhere for writing universal stories within Japanese settings. In a recent interview, the library’s advisor and literary scholar, Robert Campbell noted that Murakami is ‘the first Japanese author to succeed in conveying his stories without carrying the burden of various national qualities or historical messages’. While the quiet streets and moon-lit playgrounds his characters find themselves in are distinct to their Japanese cities and neighborhoods, Murakami’s writing is about more than Japan.

With a growing collection of work and having long decided not to have children, Murakami approached Waseda to create the space. Combining his works and his own life story, it is a space that allows you to get to know Murakami, as well as discovering his writing.

An existing university building reimagined by leading architect Kengo Kuma, the library has a selection of smaller spaces to explore. The exterior of the building was painted white, with a reinforced wooden tunnel curving around the building and arching over the entrance. Explaining that his design celebrates Murakami’s use of the ordinary, Kuma also highlighted the curves found throughout the design, created to reflect the author’s kind nature.

The building has three floors open to the public. The first floor is home to the Gallery, Audio Room and Information Desk. Visitors can head to the second floor for the Exhibition Room and Studio before returning down the stairwell to the basement floor for Murakami’s study, the Orange Cat Cafe and Lounge and the entrance to the Pocket Park.

In the Gallery are original chairs from the Peter Cat Cafe, pristine and waiting for a reader to settle in. Just above the chairs, a framed flat-lay photo of Murakami’s desk sits, showing his writer’s view on a regular day. The walls are lined with over 1,400 books, written between 1979 and 2021 and containing translations and different editions of his novels and non-fiction texts as well as short story collections. There is a handy display showing the timeline of the books, running clockwise, with the oldest books on the higher shelf.

Reflecting Murakami’s love of Jazz and all things musical, the audio room plays a curated playlist of his favourite songs. Using a Luxman turntable, it brings back the Jazz cafe days, with many of the records bearing the cafe’s original seal.

2F: Exhibitions and Events at the Haruki Murakami Library

An ongoing series of exhibitions reflect related themes and elements of Murakmai’s writing as well as literature and culture overall. Over the summer of 2022, ‘Jazz and Literature: Scoring Sound, Cutting Language’ explores the relationship between text and music. Along with texts by Murakami, the works of Yumiko Kurahashi, Kenji Nakagimi and Hiroyuki Itsuki are considered, with Jazz culture form the 1960s and 1970s. The exhibition runs until August 28th, with a break before the next exhibition begins.

The previous exhibition, ‘Literature in Architecture, Architecture in Literature’ examined the bond between the two worlds of design. Using the Library itself as a starting point, the exhibition focused on the elements used to create it as well as how architecture has been used within writing.

There is a busy schedule of events at the Library including live music, talks, reading group and, seminars. Pairing up with speakers and performers from the University and beyond, the calendar has a variety of themes. While the talks are usually in Japanese, some are in English with music performances available to everyone.

The most striking part of the library, the wooden shelf-lined tunnel is home to Murakami’s first editions. The steps are also a reading space, with small figures to keep you company. With Murakami’s wish to create a collaborative and open space, the reading areas encourage conversation rather than the silence of traditional libraries.

On the basement floor, a replica of Murakami’s study is sometimes open to visitors. Lined with records, the room is visible from the hallway when not open, and allows visitors to see where the author creates his many works.

BF: The Orange Cat Cafe, The Lounge and Pocket Park

Student-run and serving blends enjoyed by Murakami himself, the Orange Cat Cafe is a homage to his earlier jazz cafe. Along with coffee and seasonal drinks, the cafe has a light lunch menu including an Egg Royale Sandwich, Keema Curry and Cod Roe Spaghetti, with a selection of cakes and desserts also available. Unlike many themed spots, the cafe is more like a regular cafe with regular-cafe prices. For a little fun though, they do have a signature drink called the Orange Cat which is a cream-soda type drink and a few of the dishes do borrow names from popular titles. The neighboring lounge area offers a chance to relax and read with a drink, with occasional live music on offer.

The cafe is open from 10am — 5pm and is closed on Wednesdays, with some variation depending on special events at the Library.

Outside, the Pocket Park is a small green space acting as the perfect buffer before heading out into the streets of Tokyo.

Getting Tickets for the Haruki Murakami Library

Admission to the library is free, which is exciting, but there are a few hoops to jump through to get in. There are four time slots per day, with a maximum capacity of 40 people per window. There is an online reservation system that has tickets for up to 30 people per slot, while the remaining 10 spots are offered as walk-ins on the day.

Tickets can be booked online one month in advance and until 9.30am on the day of your visit using this link. For the walk-in spots, you simply have to be there early. They are offered on a first-come-first-served basis at the information desk on the first floor, becoming available at the start of each time slot. Needless to say, weekends are busier but almost all days have availability (at the time of writing) in different slots, so it’s not exactly the Hunger Games.

It’s handy to know that reservations can be made for a maximum of three people at a time, although this may be reviewed in the future.

How to get to the Haruki Murakami Library

The most direct way to the Library from Shinjuku is to hop on the number 77 Bus from the East Exit of Shinjuku Station. It takes 20 minutes and costs around ¥210. If you prefer the trains, catch the Yamanote Line to Takadanobaba Station and change to the Tozai Line, taking 15-20 minutes and costing around ¥300.

From Shibuya Station, you can also take the Yamanote Line to Takadanobaba and change to the Tozai Line. This journey takes about 20-25 minutes depending on transfers and costs roughly ¥330. If you fancy a walk through the area, the Fukutoshin Line will drop you at Nishi-Waseda Station, which is a 14-minute walk from the Library.

From Tokyo Station you can reach the library direct on the Tozai Line. The journey takes 20 minutes and costs approximately ¥170.

Open with Maps
Written by: Lily Crossley-Baxter
Lily's Tokyo favorites are: Shirohige Cream Puff Factory, Anata No Warehouse, Todoroki Valley
Filed under: Things to do
Tags:
Sharing
Questions or comments about this article?
Start a thread on our community forum
Ask our local experts about Tokyo