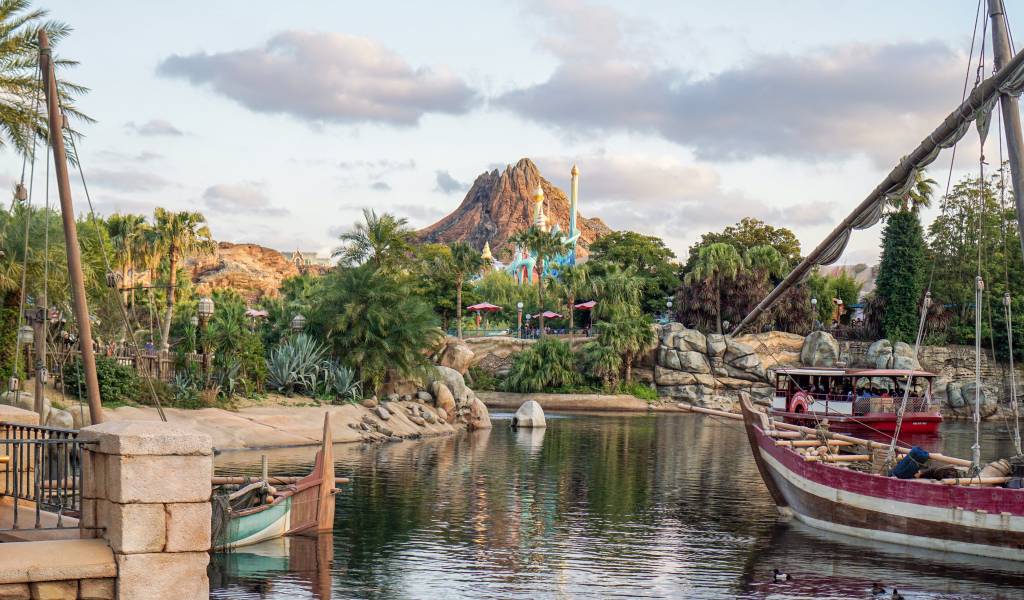 The Know-Before-You-Go Guide to Tokyo DisneySea

March 13th, 2019 | Tiffany
Sharing
Tokyo Disneyland and DisneySea are scheduled to reopen on July 1, but will operate at reduced capacity in ongoing efforts to prevent the spread of COVID-19.

Bringing in crowds since 2001, Tokyo DisneySea is the only Disney theme park of its kind in the world, with a focus on nautical adventures. Whether you try the thrill rides, watercraft, jumping jellyfish or a journey 20,000 leagues under the sea, there’s something for visitors of all ages.

With areas resembling picturesque port towns, such as the canals of Venice, it’s also regarded as having a more romantic ambiance, as compared to neighboring Tokyo Disneyland’s magical, whimsical vibe (although the latter is also a popular date spot).

Sounds like a place to bring out the voyager in you, right? The only downside is, with Japan having a lot of hardcore Disney enthusiasts, as well as a tourism boom, DisneySea can get extremely packed. As one of the most visited theme parks in the world, even on a “good” (read: light) day, you might still find yourself waiting in line for a popular ride for an hour or even two. But don’t let that discourage you from visiting Tokyo DisneySea! If you are a Disney fan, it will be worth your while.

Preparing for your Tokyo DisneySea voyage

Read on for our guide to Tokyo DisneySea, including expert tips on how to have a fantastic day.

Use the crowd calendar

Currently, there are no official crowd calendars, but Disney fans swear by this one (link in Japanese). Avoid dates in orange, red, burgundy, and black if you can—although this can be practically impossible during peak season (e.g. school breaks and Halloween).

Not only does this save you time, but it also reduces the risk of you not being able to get a ticket at the entrance. When the Disney parks are extremely crowded, on-the-spot ticket sales are sometimes suspended, leaving people high and dry.

You can purchase tickets from the official website, at a Disney Store, at convenience stores, or from an authorized reseller to save time.

The more, the merrier

This writer has gone to DisneySea alone (and she enjoyed herself), but going with at least one other person not only helps you share the wonderful memories, but also makes sense from a practical standpoint. You can take turns waiting in line or staking out viewing spots for shows. And while some of you wait, others can use the restrooms or grab munchies for everyone.

If you can read Japanese, download the official Tokyo Disney app

This will make your life easier. With the app, you can buy tickets and just scan the QR code at the entrance gate, and also use it to book restaurants, get real-time updates on attraction waiting times, check Fastpass availability, and join the lottery for shows. (Seating for some shows is decided by lottery.) There’s no word yet on whether multilingual versions will be released, but for now, you can download the Japanese-language app here.

Getting to Tokyo DisneySea

Get off at Maihama Station, which is served by JR’s Keiyo and Musashino Lines. You can walk from the station to DisneySea in around 15-20 minutes, or take the Disney Resort Line monorail (one-way: ¥260 for adults; ¥130 for children aged 11 and under).

Look for the Resort Gateway Station—just a stone’s throw away from Maihama Station, and next to the Ikspiari shopping complex. The train arrives every 4 to 13 minutes, depending on the time of day. Alight at Tokyo DisneySea Station, and get ready for a fun-filled day!

Pro tip: Maximize your time; arrive early. Depending on the season, Tokyo DisneySea opens anytime between 8 to 9 am, and closes at 10 pm. Also, note that getting to Maihama Station from some parts of central Tokyo can take up to nearly an hour.

DisneySea has seven areas, or Ports of Call:

– Mediterranean Harbor, which greets you upon entrance and resembles a European port city
– Mysterious Island, a Jules Verne-inspired area where you can find DisneySea’s iconic volcano (complete with eruptions a few times a day!)
– Mermaid Lagoon, home to Ariel the Little Mermaid and her friends
– Arabian Coast, themed after the Arabian Nights
– Lost River Delta, designed to resemble a jungle with Aztec ruins
– Port Discovery, a sci-fi-themed area
– American Waterfront, reminiscent of New York in the early 20th century

The most popular attractions, for which waiting times are around three hours on average, are (in no particular order):

This handy system will save you the trouble of waiting in line for hours. Just find the corresponding Fastpass ticket machine for your preferred attraction and insert your ticket. You’ll then get a pass telling you to be back within a certain timeframe. Once you’ve returned, present your Fastpass to a cast member. You’ll still have to wait in line, but the Fastpass line moves much faster.

Note that you can only get another Fastpass two hours after getting the previous one. Also, Fastpass tickets run out in the afternoon, so arrive early if you want to experience multiple popular attractions. You can get Fastpasses for all the above-mentioned attractions.

Don’t want to spend time lining up for attractions? Why not watch some of Tokyo DisneySea’s shows? Their entertainment offerings won’t disappoint.

If Tokyo Disneyland is famous for its elaborate parades, Tokyo DisneySea is more known for its shows, many of which take place at Mediterranean Harbor. There are shows throughout the day, as well as a spectacular nighttime show, Fantasmic. You can check the official website to see what’s on for seasonal events, such as Halloween and Christmas.

Unfortunately, because the action is centered at a particular area (as opposed to Disneyland parades, which go around various areas of the park), if you don’t secure a good spot early enough, you’ll hardly be able to see a thing.

American Waterfront also has some shows: one at the Dockside Stage, the indoor stage show Big Band Beat (at the Broadway Music Theater; seating by lottery), and My Friend Duffy (at Cape Cod Cook-Off). Check out Hangar Stage at Lost River Delta as well, and don’t miss the chance to hear Ariel’s lovely singing voice at the Mermaid Lagoon Theater (Fastpass available).

Dining out at DisneySea

Also, Sebastian’s Calypso Kitchen (Mermaid Lagoon) has pizzas for around ¥700 (albeit only for one person … who doesn’t have a big appetite, at that). New York Deli (American Waterfront) has sandwiches for less than ¥1,000.

Alternatively, you can go even cheaper by just snacking instead of getting a full meal. You can get the famous DisneySea churros (¥350) or turkey legs (¥750) from food carts around the park. Check out the different carts—from sushi rolls to pizza pockets, who knows what you’ll find?

Not sure what to buy? Plush toys and other merchandise of Duffy the Disney Bear and his friends are especially popular, as they’re exclusive to DisneySea.

But if you’re a cheapo who wants to save on souvenirs, why not commemorate your visit with stickers? They’re absolutely free! Just approach a cast member, and you can get a “My First Visit” sticker, a birthday sticker, or a seasonal/themed sticker. The last type of sticker is only available if there’s an occasion; for instance, during Halloween, cast members at the monorail give out stickers if you greet them with “Trick or Treat!” As another example, in spring 2018, when the park had Pixar Playtime as its theme, saying certain words to cast members could get you a Pixar character sticker.

Before you go, see our general tips to save money at Tokyo Disneyland and DisneySea. And if you’re thinking about staying near Tokyo DisneySea, have a look at our hotels guide for the area.

Open with Maps
Written by: Tiffany
Filed under: Family | Themeparks and Zoos
Tags:
Sharing
Questions or comments about this article?
Start a thread on our community forum
Ask our local experts about Tokyo