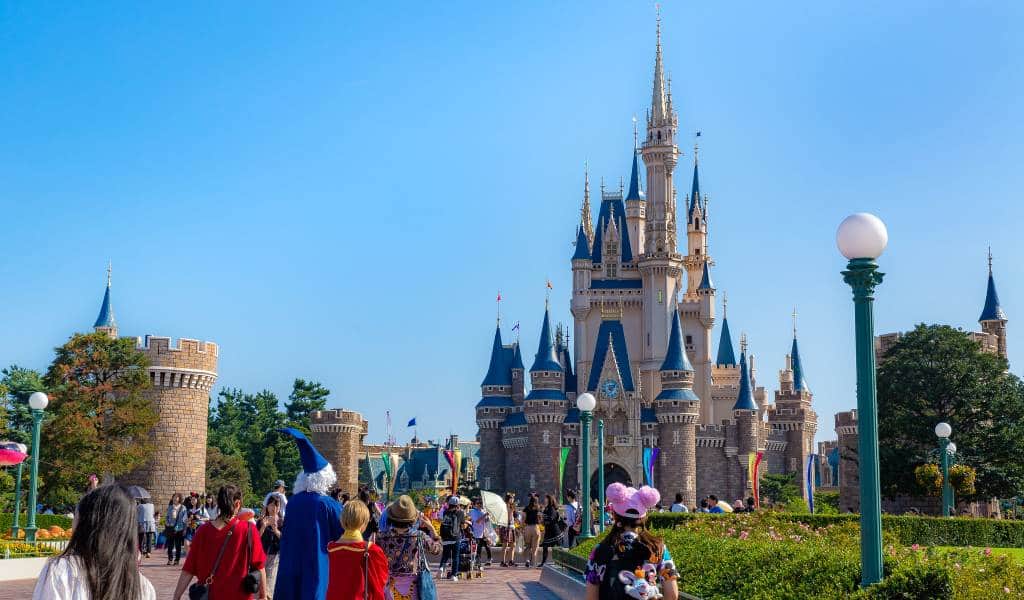 While the park itself can be pricey, there are plenty of cheap(ish) hotels and other types of accommodation near Tokyo Disneyland and DisneySea, with budget beds on which to lay your head. Here are a handful of options within reasonable reach of the magical kingdom.

We’ve listed the following hotels in order of their online ratings as of February, 2019. All ranked above 7/10 when we checked. Prices are a guideline only and may vary according to season, demand and events in the area.

The name says it all: Niceinn Hotel Maihama Tokyo Bay Premiere is a nice hotel, which is also friendly to your wallet. On the lower-cost side (doubles begin at something like ¥13,000) of the hotels within a 2km radius of TDR (hospitality lingo for Tokyo Disney Resort), the property is a business hotel that offers great value. 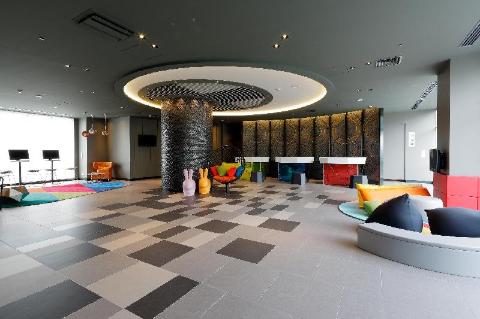 Ibis Styles Tokyo Bay is brand new, and the vibrant pop-color theme that runs through the hotel goes hand-in-hand with a trip to the magic of Tokyo Disneyland. Rooms are on the smaller side, but a very good deal, with offers for doubles starting under ¥10,000. The interior is stylish, shuttles are available and the breakfast buffet is also value for money. There is also a sento (public bath) to relax in before or after a long day at TDR.

You can’t get much closer than Hotel MyStays Maihama—a modern business hotel on the pricier and fancier side that is only ten minutes’ walk from TDR, with a free shuttle to boot. It’s best to reserve early, as rooms seem to book up quickly (especially since many hotels in the immediate area cost two or three times more). You’ll pay around ¥15,000 for a double room here, making it one of the more expensive places on this list, but you can’t beat it for convenience. 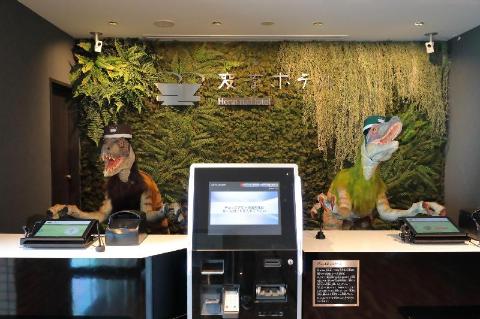 Henn na Hotel literally translates to “the strange hotel” and being served by robot raptors at the check-in counter might have something to do with that. The Maihama Tokyo Bay branch of this chain has a dinosaur theme on top of the robots that replace (some) living and breathing service staff, which makes it more Jurassic Park than Disney, but who doesn’t like a bit of crossover? Prices are mid-range, starting at just over ¥10,000, there is a free shuttle bus to Maihama Station and it’s just shy of 2 kilometers from Tokyo Disney. 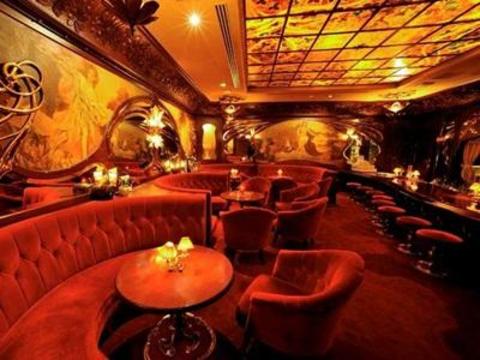 A retro option is Hotel Springs Makuhari, just one express train stop away from Disney. It’s old-school but kind of classy and the price is right, starting at around ¥8,000 for a double. 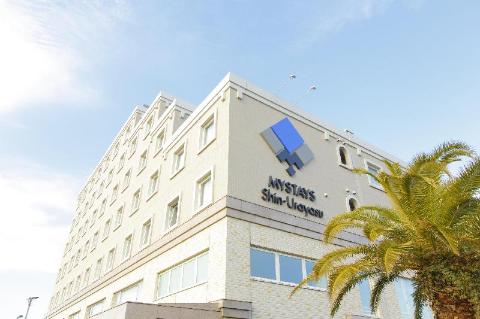 The Shin-Urayasu MyStays is also not too far away if the Maihama MyStays is booked up—and it’s substantially cheaper. Rooms start below ¥10,000 for a double, and there is a free shuttle to Tokyo Disneyland, DisneySea and Maihama Station. 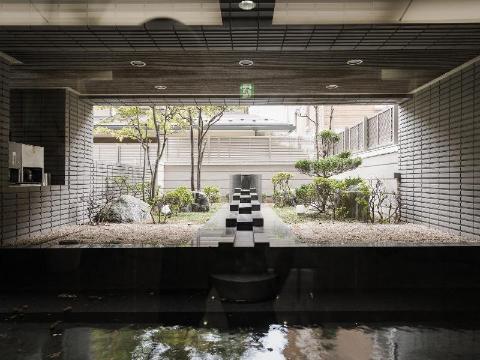 Another reasonably-priced option (starting in the ¥7,800 belt) in the Tokyo Disneyland Resort area is Flexstay Inn Shin-Urayasu, 15 minutes’ walk from Shin-Urayasu Station, and 2.3 km, or a little less than a half hour’s walk, from TDR (if you’re not herding small excited children along, that is). This hotel doesn’t offer a shuttle. 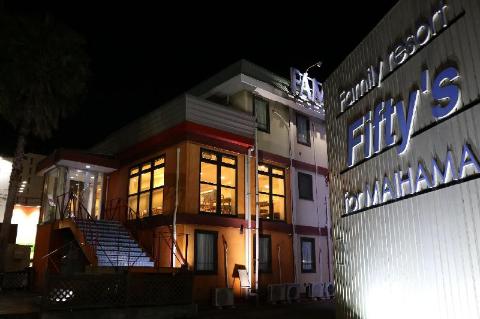 Family Resort Fifty’s For Maihama is a mouthful and a bit retro, but it’s just shy of 2 km from TDR and thus technically within walking distance, or a cheap taxi ride, away. Internet and breakfast are included in the room fee. The prices are some of the cheapest you will find for a double room (starting around ¥7,800).

For those who might like something more bijou, the delightfully named Pension Unbirthday (site in Japanese) is a small, quirky option just two stops from TDR, and takes only a few minutes by car. This indie pension has only four rooms. Singles start at ¥7,000, but rooms can hold up to four people, and in that case prices start at ¥2,800 per person, depending on the day of the week. Styled as a bed and breakfast, Pension Unbirthday promises freshly made bread and soup with plenty of vegetables for your morning meal. Each room has an en-suite bath and toilet, and they offer to drive you to the theme park in the morning.

Just across the bay from Disneyland is the Wakasu Seaside Park, which has a campsite. A short bus ride or a long walk from Shin-Kiba station, this spot is urban camping for sure, but right on the water. Shin-Kiba is only a few stops from Disneyland. The fee to use the campground starts at ¥600 per person (bring your own gear, of course), and there are taps, toilets, and fire pits available. Reservations are required, and they’re closed on Tuesdays.

You might want to make it an once-in-a-lifetime experience and go all out. In this case, there are four official Tokyo Disney hotels located within or just outside the parks. The most popular of them all is the Tokyo Disneyland Hotel, in front of the main park gates. 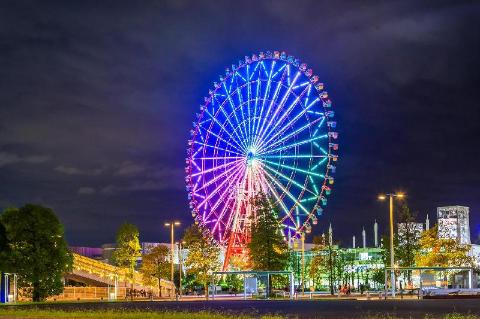 This hotel offers early entry to the parks in the morning and has a view of Disneyland. The rooms are themed to different Disney characters and movies. But the dreamlike, chateau-style hotel comes with a hefty price tag: depending on your travel dates, double rooms start at around ¥50,000.

A more reasonable option is Tokyo Disney Celebration Hotel, which is located close to the parks. It offers a free shuttle bus and early entrance. The rooms all feature decorative wall paintings from the movies and the theme of the hotel is that of a classy tropical resort. Rooms usually start at around ¥20,000, making this a bit easier on your wallet while still getting you the full experience.

You may be wondering why we haven’t listed any capsule hotels here. Short answer: there aren’t many and they’re not very close to TDR. The closest capsule hotel is a 15-minute taxi ride or a 50-minute train and bus ride to the park. The options around these parts are also restricted to men only. If you’re keen on a capsule hotel experience, we recommend trying one elsewhere in Tokyo.

Pro tip: We’ve listed some approximate walking distances here, but if the weather’s wet, hot or humid, or if it’s getting late, or you’re tired, or wee children are becoming fractious, it may be better to spring for a taxi or shuttle. Rates will vary depending on your embarkation point.

Before you go, you might find our tips for saving money at Tokyo Disney and our guide to getting from Narita to Tokyo Disney handy, as well as our general accommodation guide for other areas of Tokyo.

This post was originally written in January, 2015 by Selena Hoy, and updated in February, 2019. We do our best to make sure all details are accurate, but they may vary.