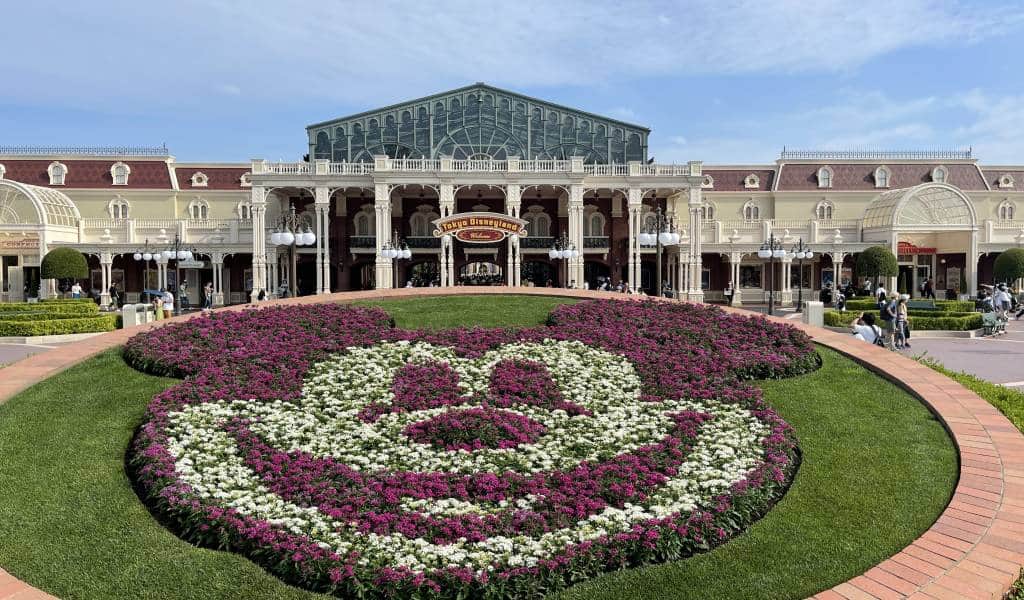 How to Get From Narita to Tokyo Disney

There’s no denying that Disneyland (together with Tokyo DisneySea) is a super-popular destination for visitors to Tokyo. There’s also no denying that getting from Narita to Disney, if you are planning on heading there directly after landing at the airport, can be a bit of a mission.

Funnily enough, neither Tokyo Disney Resort (the collective name for Disneyland and DisneySea) nor Narita Airport are actually in Tokyo: they are both next door in Chiba Prefecture. However, they’re still about 58 km (36 miles) apart, meaning it’s a trek to get from Narita Airport to Tokyo Disney no matter which you option you take. And in a plot-twist, some of the route options will actually take you into central Tokyo before heading back towards Chiba. Sound complicated? It depends. Let’s talk details.

Overview of getting from Narita to Tokyo Disney

Taking into consideration convenience, price, and ease-of-use this shared taxi gets our top recommendation. If you’d prefer a cheaper option, the Limousine Bus is good option, but keep in mind that departures are limited.

You can also take trains, but the savings aren’t that substantial. Plus, you have to deal with lugging suitcases around while making transfers — definitely not the most fun way to start your holiday.

Note: Unless otherwise noted all times and prices are calculated based on travel from Narita Airport Terminal 1 to JR Maihama Station (which is the unofficial ‘gateway’ of sorts into Tokyo Disney Resort).

Taxis: The most convenient

We seldom recommend taxis, as they can be exorbitant. But in this case, taxis are the most convenient option for several reasons: because you don’t have to make transfers with heavy luggage; they’ll take you directly to Tokyo Disney Resort; and they depart more regularly, and at all hours of the day and night.

A pre-booked shared taxi service is the best taxi option, as it is more affordable and less hassle than a regular taxi. This shared taxi service runs 24/7 and costs about ¥7,030 per person (with a minimum booking of two people). They will take you from Narita right to Maihama Station.

If you have a big enough group (three to four people) and some cash to spare, you can take a regular taxi. It will get you to Disney for about ¥19,000 total, or about ¥4,750 each for a group of four. Ask for a fare estimate to avoid any nasty surprises — but don’t worry, Japanese taxis can be trusted.

How much does it cost? ¥7,030 per person for a prebooked shared taxi or around ¥19,000 by the meter (per car) in a regular taxi
How long does it take? 50 minutes or more depending on traffic

Airport limousine buses have similar perks to taxis — no transfers and they’ll drop you right at Disney (or one of the major Disney area hotels). However, their infrequent departures (currently only six per day between 9:30 a.m and 6:30 p.m.) make them a little inconvenient. If you’re arriving between those times though, they are excellent value for money. You can reserve tickets online here, for ¥3,100 one-way.

How much does it cost? ¥3,100 per person
How long does it take? 50 minutes or more depending on traffic

Trains from Narita to Tokyo Disney

There are two main options if you want to take the train instead of a bus. Trains from Narita to Disney run until much later, but note that you do have to make at least one transfer. Trains can also be a bit crowded and stressful, especially during rush hour — and especially if you have lots of bags.

Pro tip: If you’re traveling with large bags, you can port them from the airport to your accommodation for an easier transfer. Cheapo readers get a discount through our partner, Luggagent.

Take the Keisei Skyliner to Nippori Station — it costs ¥2,570 and takes around 40 minutes. Trains usually leave from the airport two or three times an hour, with a slightly altered timetable on the weekend. In both cases the last train leaves Terminal 1 Station at 11 p.m. You can buy a ticket online in advance for a slightly cheaper ¥2,300.

At Nippori Station, transfer to the JR Yamanote Line (you’ll need to buy a JR ticket for ¥310, or use a Suica or Pasmo) and take it to Tokyo Station (10 minutes). Then transfer to either the JR Keiyō or JR Musashino Line; you don’t need to exit the station, just change platforms, and you don’t need a new ticket either (¥310 covers the whole JR journey). Then head to Maihama (15 minutes away), the closest station to Tokyo Disney. From there, it’s just under 10 minutes by foot to Disney, or you can hop onto the Disney Resort monorail to speed things up.

Note: There are cheaper Keisei trains and other possible transfer points besides Nippori, but it can become confusing and stressful. Read our full guide to taking Keisei trains to learn more.

Taking the JR Narita Express to Tokyo Station costs ¥3,070 one way, or just ¥4,070 for a round-trip (within 14 days). This snazzy express train gets you from Narita Airport to Tokyo Station in under 60 minutes. There is usually one departing every 30 minutes.

At Tokyo Station, disembark and transfer to the JR Keiyō or JR Musashino Line for Maihama. You can either pay in the fare difference ahead of time when you purchase your N’EX ticket, or adjust before you exit the gates at Maihama Station.

Another option is to spend the night in central Tokyo, and head to Disney the next day, or after a few days of sightseeing. If you’re going that route, check out our article on the cheapest ways of getting from Narita into Tokyo central.

You might also want to have a peek at these ways to save money at Disneyland, and these accommodation options with easy access to the Disney parks. While you’re at it, why not book your Disneyland tickets online and save some time?

Also, if you’re arriving at Tokyo Disney Resort with luggage, there are coin lockers available for ¥400 to ¥800. But they are first-come-first-serve so you might want to consider having your luggage delivered to your hotel or stored. If you’re staying at a hotel in the area you might want check if they offer luggage storage.

While we do our best to ensure that everything is correct, information is subject to change. Originally published in October 2016. Last updated in November 2022 by Maria Danuco.

Open with Maps
Written by: Carey Finn
Carey's Tokyo favorites are: artless craft tea & coffee
Filed under: Getting around | Transport
Tags:
Sharing
Questions or comments about this article?
Start a thread on our community forum
Ask our local experts about Tokyo