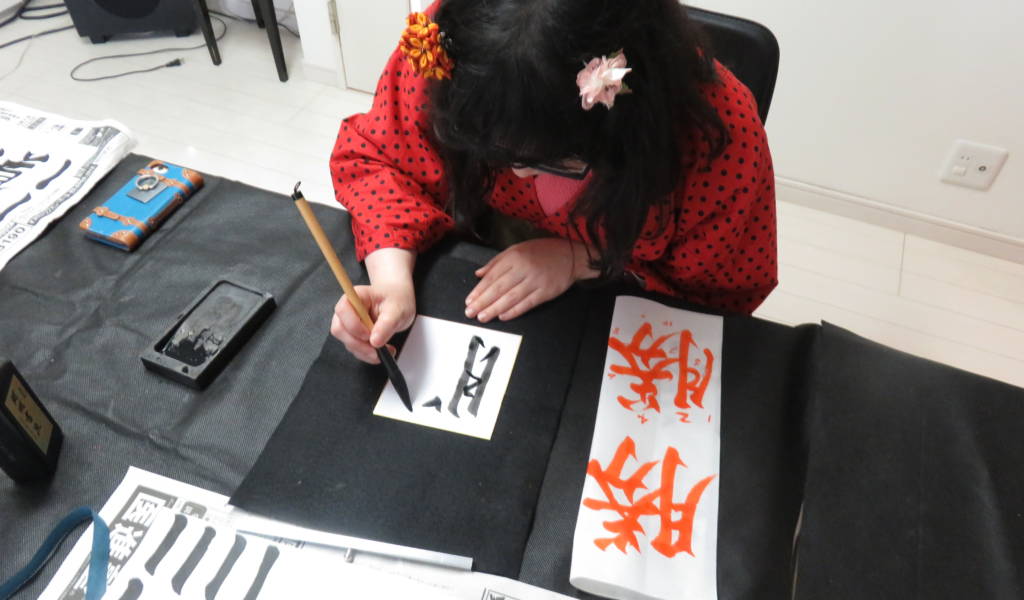 The art of Japanese calligraphy is known as shodo, which literally translates to “the way of writing.” Although the practice originated in China (what with kanji characters being a Chinese import) and was introduced to Japan in the sixth or seventh century, Japanese calligraphy eventually developed its own styles, especially after the invention of hiragana and katakana.

The three basic styles of shodo, however, are quite similar to Chinese calligraphy:

Despite the introduction of pens and—later on—gadgets, calligraphy has managed to survive to this day; it still has a place in modern-day society. It’s still being taught in schools to help students develop penmanship and the ability to quietly concentrate. For those who want to enhance their skill, make a pastime out of calligraphy, or specialize in it, there are also extracurricular clubs and shodo schools. Additionally, calligraphy can be considered a Zen activity in that calligraphers must, ideally, clear their minds and focus on their writing.

Why don’t you spend some quiet time trying your hand at this art? You, too, can experience writing the old-school way—not with a brush pen, but with a brush and ink—at these places or websites that offer calligraphy workshops in Tokyo. As these workshops are geared towards first-timers and/or those who just want to experience calligraphy, don’t expect to write an entire poem. Instead, you will usually just learn the basic strokes, write a kanji character of your choice, and take home the finished product.

Note: unless otherwise specified, costs listed here are per person. Reservations are required.

Dates/times: Depends on Yunagi’s availability; book on Voyagin to arrange a date
Duration: 1 hour
Cost: From ¥3,000
Address: Exact address to be given upon confirmation of booking | Access: Nakameguro Station

This author was offered the chance to experience Voyagin’s most popular and most-reviewed (as of this writing) calligraphy workshop, which this section will focus on.

The instructor, Yunagi, is a licensed calligraphy teacher who has been practicing shodo for close to 30 years. She and her sister Asanagi have been featured on TV and a number of publications, and have also featured in some live calligraphy performances.

An hour-long lesson with Yunagi typically starts with an introduction to Japanese calligraphy, followed by some time to practice the right posture and basic strokes. Afterwards, it’s time to write your chosen character. The basic option is to write a paper board for ¥3,000, but you can also write on a wind chime (¥4,800), Japanese fan (¥4,800), or T-shirt (¥7,200).

Should you want to take your calligraphy skills to the next level, Yunagi also offers a monthly course: four lessons a month for ¥15,000.

Calligraphy is one of the cultural experiences that the Ota City Tourist Information Center offers for foreigners to try. The lesson will begin with an introduction, and you’ll get to take home your handiwork afterwards. The center can also provide lesson assistance in Korean and Chinese.

Be sure to make a reservation at least three days in advance. Also, do note that your reservation isn’t guaranteed to be accepted, as the instructor may not be available on your preferred date.

Previously featured on our article on ikebana experiences, the Yanesen Tourist Info and Culture Center gives you the option to try calligraphy on paper or a T-shirt. To reserve (they also accept same-day reservations), fill out their inquiry form or call them.

How about something different for a change? Most calligraphy workshops featured here will teach you to write a kanji character in one of the three basic shodo styles, but opportunities to learn wayo calligraphy, which uses Japanese characters (hiragana and katakana), are few and far between.

Fortunately, Udoyoshi of Wayo Udoyoshi—the only calligraphy school that uses Japanese characters—is determined to keep wayo alive. To revive wayo, he invented his own modern wayo calligraphy style, as the traditional cursive script is unreadable to most modern readers.

A lesson, which requires a minimum of two people and a maximum of eight to push through, typically takes an hour, but could be longer depending on various factors. You will write on washi (Japanese paper), but you can also request a different surface, such as a fan, for an additional fee. For an additional ¥5,000, you can also carve your name onto a seal.

One of Airbnb’s popular experiences, calligraphy lessons with Tenshin are for a good cause, as everything you pay will support Tenshin’s non-profit NPO-Lesa, which provides scholarships, clothes, beds, and more to Vietnamese children with HIV.

A master of shodo, Tenshin has been practicing for over 45 years and is happy to share his knowledge. After the lesson, guests can enjoy some chit-chat over tea and cookies. Note that guests must be over the age of 12 to participate.

Wakana of Wakalture Experience, which won a TripAdvisor Certificate of Excellence in 2018, started offering Japanese cultural experiences to foreigners with the aim of making their time in Japan more memorable. A licensed shodo teacher who has been practicing for 23 years, Wakana offers calligraphy lessons for a maximum of six people at a time. For an additional ¥500, you can write on a fan instead of paper. Children under the age of 12 only have to pay half price.

Advanced lessons are also available for ¥8,000 per session.