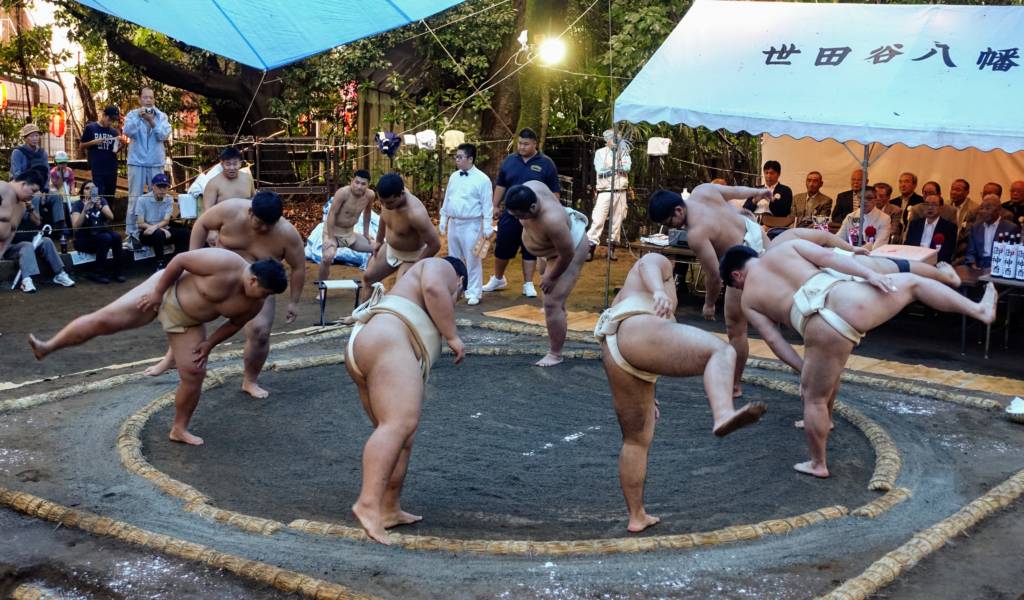 Pic: Lily Crossley-Baxter
Sharing
We are yet to confirm the dates and details of this event.

Held every May, this is the third of Japan’s six annual Sumo Tournaments, known as honbasho. With sumo rankings released a few weeks before, it’s a chance to see the traditional sport up close and personal. While the fights are broadcast on NHK, nothing beats the atmosphere of the tense final matches of the day, complete with cushion-throwing and cheers. Seating is divided into box seating – tatami areas seating four people which start at around ¥38,000 and arena seats which start from ¥3,800.

Tickets can be purchased online in advance, with some released on the day – for these you have to be there very early, but it’s good for last-minute plans. Sumo matches take place throughout the day and you can leave to grab food and return when you like. The busiest times are as you may expect – weekends and towards to end of the tournament. Not here during a tournament? Fear not – here’s how to see sumo in Tokyo throughout the year.

To prevent the spread of COVID-19, many events have been canceled. Always check official sites before heading to an event.
Open with Maps
~
May
Ryogoku Kokugikan
¥3,800 – ¥38,000
Official Site
Ryogoku
Typical weather at this time:
High: 28 ºC Low: 19 ºC
Powered by Dark Sky