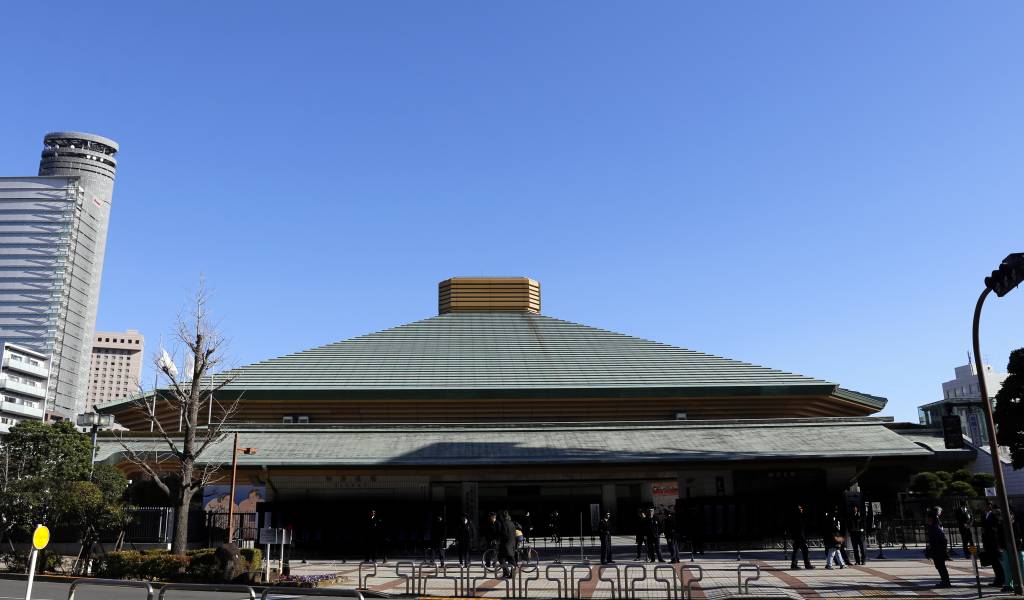 The Kokugikan is an 11,000 capacity Sumo wrestling hall used for a variety of events.

The first iteration of the Kokugikan in Ryogoku was completed in 1909 to cater for the growing popularity of sumo during the Meiji-period. During World War 2, the original hall was taken over by the Japanese military. After the war, during the allied occupation, the arena hosted only a couple of sumo tournaments. Although the allied authorities cracked down on martial arts, sumo got something of a pass as it was seen as a less-threatening sport. Soon after, the venue became a skating rink.

A second Kokugikan to replace the deteriorating original was built in 1954, in the Kuramae neighborhood of Tokyo. Through the fifties, sixties, and seventies, sumo boomed as a sport, so the third—and current—Kokugikan was constructed back in sumo’s traditional home of Ryogoku. The current Kokugikan opened its doors at the end of 1984, with the first sumo tournament happening in early 1985.

The arena borders the Ryogoku area but is technically in the Yokoami neighborhood. The area is rich in Sumo history, with a museum and plenty of restaurants serving “chanko” and other sumo inspired cuisine. These days the hall sometimes hosts some slightly different varieties of wrestling, like New Japan Pro Wrestling tournaments and even WWE’s The Beast in the East event.

The arena hosted the boxing competition for the Tokyo 2020 Olympics.