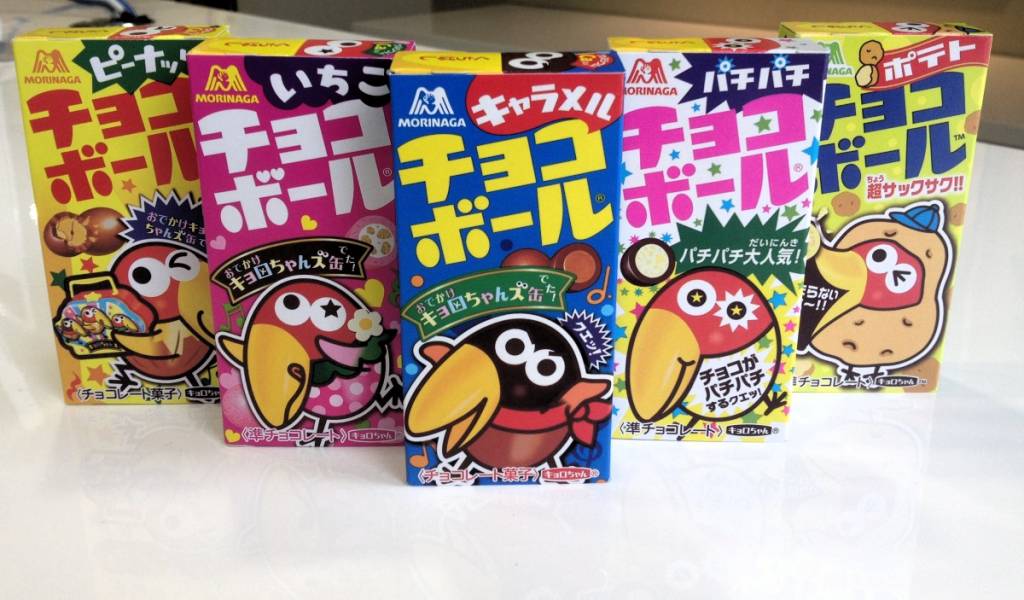 Choco Ball – or more correctly, ‘Choko Boru’ is what it says on the pack – a box of chocolate balls for a mere 70 to 74yen. 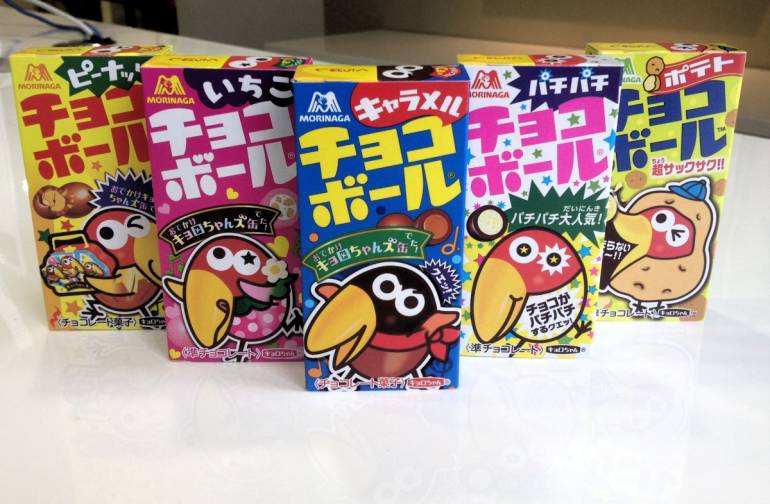 Although there isn’t a ‘salty’ flavour (South Park reference: check) there is a big variety of flavours including Peanuts, Caramel, Strawberry, Potato and ‘Pachipachi’. As with Tirol chocolate, there are always new and seasonal flavours coming out. Past flavours include Cookies & Cream, Melon, Peach, Blueberry, Raspberry and Hokkaido Milk.

The mascot character that features on the front of each box is called “Kyoro chan” and was created by an in-house artist at chocolate maker Morinaga for the product’s launch in 1967. Kyoro chan proved so popular that he had his own anime series which ran for 91 episodes between 1999 and 2001. 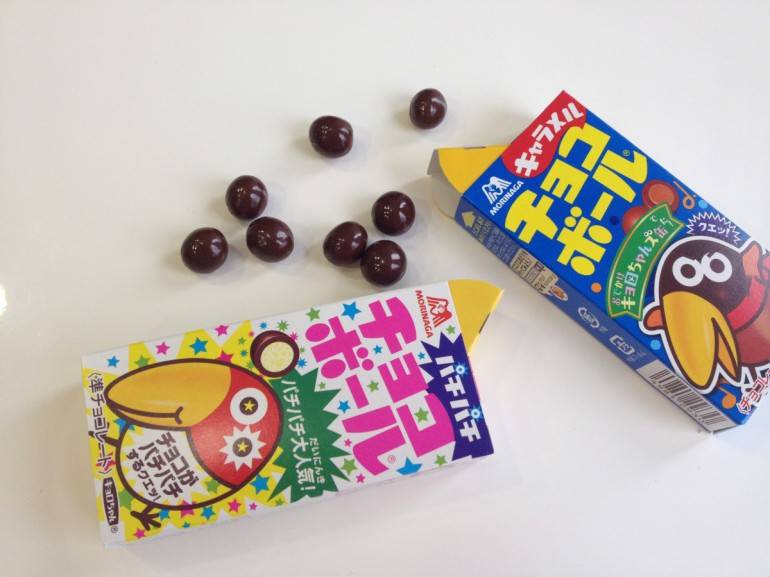 Since Choco Ball is primarily aimed at kids, I recruited the help of my two daughters for a taste test. They took to the task with great gusto, producing twin essays describing the flavours and textures of each.

While I would love to share these detailed treatises, I decided to summarise.

Choco Ball Peanut: “It’s not too hard and not too soft. It’s a little crunchy.”

Choco Ball Strawberry: “Sweetish strawberry flavour with soft chocolate – it kind of melts in your mouth.”

Choco Ball Pachipachi: “It pops for a while in your mouth and tastes crunchy.”