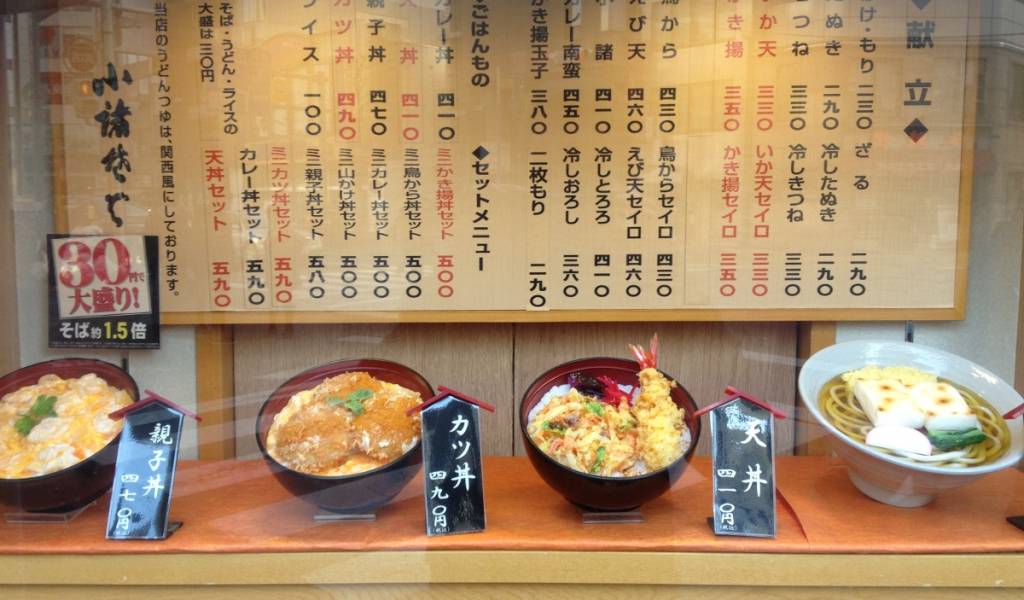 How to Order Food in Japanese

If you’re not too well-versed in the vernacular, eating out in Japan can be a bit stressful. Pointing and gesturing will get you some of the way, but it might also get you something you didn’t order! No time for Japanese lessons? No problem. Whip out this guide on how to order food in Japanese and prepare to dine like a pro.

Upon entering a café, restaurant or izakaya (the Japanese equivilent of a pub) you will likely be greeted with the word “irasshaimase”, meaning “Welcome”. Soon after, the person greeting you will likely follow up with:

English: How many people are there?
Japanese: Nan mei sama desu ka

Now it’s time to respond in Japanese! To do that, it will help to know a little more about one important part of this sentence: the “mei” counter.

For the uninitiated, Japanese has a large range of counters that are used to count different things. There are counters for people, animals, birds, small objects, long objects, flat objects, and many more. The “mei” counter used here is the polite counter for people. In the question above, it is used after the word “nan”, which by itself means “what”, but when combined with a counter like “mei”, it means “how many”.

When responding to this question, you too can use the “mei” counter or the less formal counter for people, “nin” if you prefer. Mei is a little simpler to use; if you can count to ten using regular numbers (ichi, ni, san…), all you need to do is combine this number with “mei”. So, if you are a group of three, you could respond to the question by saying:

Assuming you aren’t in a high-class establishment, there’s no reason not to use the “nin” option and you’ll likely hear it said by other diners. It varies a little more depending on numbers, with one example being the option for a solo diner:

Although the staff member would have used the word “sama” in their question, which is a more polite version of “san” as it is used after names, be careful not to include “sama” in your response. Like “san”, “sama” is an honorific suffix, and therefore shouldn’t be used when referring to yourself.

The only other thing to be careful of is that for the numbers four and seven, you should use the “yon” and “nana” variations, not “shi” or “shichi”.

Ordering food and drinks in Japanese

Ordering an individual item of food or drink in Japanese is quite easy. All you need to do is say the name of the item you wish to order, followed by “kudasai”, or “please”.

Now, a lot of the time, you’re going to be ordering more than one thing. To do that, just use the particle “to” in between each item of food, like you would use “and” in English, and finish with “kudasai”. Here’s an example:

This is fine if you only want to order one of each item, but there are going to be times when you want to order more of something. To do this, you need to express the quantity using another counter. There are a number of counters that can be used when ordering food or drink, but there are two in particular that will get you through any situation – the “tsu” counter and the “ko” counter.

As it goes, the “ko” counter is quite easy to use. For most numbers, you just need to say the number followed by “ko”, and you’re done. There are a few exceptions though, so here is the “ko” counter for the numbers one through ten.

You will need to pay special attention to the numbers one, six, eight and ten. For all of these, the original number has been shortened, and a hard double “k” sound is added in its place.

The other counter, “tsu”, is more common, but also more difficult, because most of the numbers look nothing like the regular ones. Here they are:

Although it requires a bit more effort, these are worth learning, as the “tsu” counter is probably the most commonly used counter of all.

Now, when we actually want to order more than one of something, we need to add these numbers to the original sentence we used to order things. The best way to do this is like so:

Now, if you want to get a little bit tricky and order multiple items, including more than one of some items, you can do so using “to” like before. The only difference is that this time, it should be used after each counter. Here’s an example you might use when ordering sushi with both counter options:

Whether you’re vegan, vegetarian, have allergies or are looking for halal food, stating your dietary requirements in Japanese can be a serious matter. Many restaurants are getting more familiar with this though and allergen sheets or sections on menus are becoming more common so do check the backs of menus or at the counter.

Quite often, a single ingredient change can make all the difference: think removing that pesky ham from a pasta salad or avoiding that sprinkle of bonito fish flakes. If you know what it is you want to remove, you can simply say:

Being vegetarian or vegan

For the plant-based among us, these are some specific phrases to et under your belt. If you’d like a little more guidance on the issues of vegetarian and vegan dining in Japan check out our five-step guide and our top vegan and veggie restaurant reccomendations while you’re at it.

English: Is there meat or fish in this?
Japanese: Niku ka sakana ga haitte imasu ka?

Allergies in Japan are taken seriously – but there can still be issues, especially if it is something common such as seafood. If your seafood allergy is particularly strong, be wary even entering certain restaurants as seating and kitchens are often close together, and ventilation systems can be non-existent. This can mean sudden clouds of steam can surround diners, and those with severe allergies can be triggered.

There are allergy cards you can print out using universal symbols, or you may already have a digital one, but here are some phrases and key allergens to get you started:

If you feel a reaction starting and will need urgent help, you can use the following phrases:

Religious preferences are respected in Japanese daily life, and more and more restaurants are specifying when food is Halal. It still isn’t super common though, so you may need to ask.

Japan’s ‘Bon Appetit’: What to say before you dine

Every country has its own version of cheers, be it na zdorovie, salut, chin-chin or iechyd da, and Japan is no different. Unlike a lot of countries however, Japan also has a pre-eating option too – think bon appetit, but a bit catchier.

When drinking alcohol, it is polite to wait until everybody has received their drink before starting. Once everyone has their drink in hand, it’s time for everybody’s favorite word: “kanpai!” This is the Japanese equivalent of “cheers”, and once said, you are free to go ahead and drink.

Anytime you’re eating in Japan, it is customary to say “itadakimasu” before digging in. This word literally means “receive”, and is a polite way of expressing your gratitude for the meal that has been provided for you.

Asking for the bill in Japanese


When you’ve finished eating and are ready to pay, you will probably need to ask for the bill. To do this, just say the following to the waiter:

Literally, “kaikei” means “account”, and an “o” is added to the front to make it more polite.  “Onegaishimasu” is a polite word used when asking for something, much like the word “kudasai”.

Paying the bill in Japanese

It’s becoming more common to use card payments in restaurants, but the emajority of independents are still cash only. Another option is to use your Suica or Pasmo to pay, but if you’re topping it up as you go, it can be simpler to stick to cash.

If they accept card, you’ll likely be answered with ‘hai, daijōbudesu’ which means yes, that’s fine and if not, a pained face for which no translation is really needed.

Although it’s not absolutely necessary, it is polite to thank the restaurant staff on your way out. You can do this using one of two phrases:

The former is just the regular old polite way of saying “thank you”, but in the past tense (the usual way is fine, too). The latter literally means, “That was a feast”, but is essentially the same as saying, “Thank you for a wonderful meal”. You can also use this when eating at home – yours or someone else’s – to thank the cook for preparing the meal.

And there you have it – all the basic phrases you need to order food in Japanese. Try them out next time you head out for a meal and let us know how you go. Good luck!

Written by: Richard Webb
Filed under: Eating & Drinking | Living
Tags:
Sharing
Questions or comments about this article?
Start a thread on our community forum
Ask our local experts about Tokyo