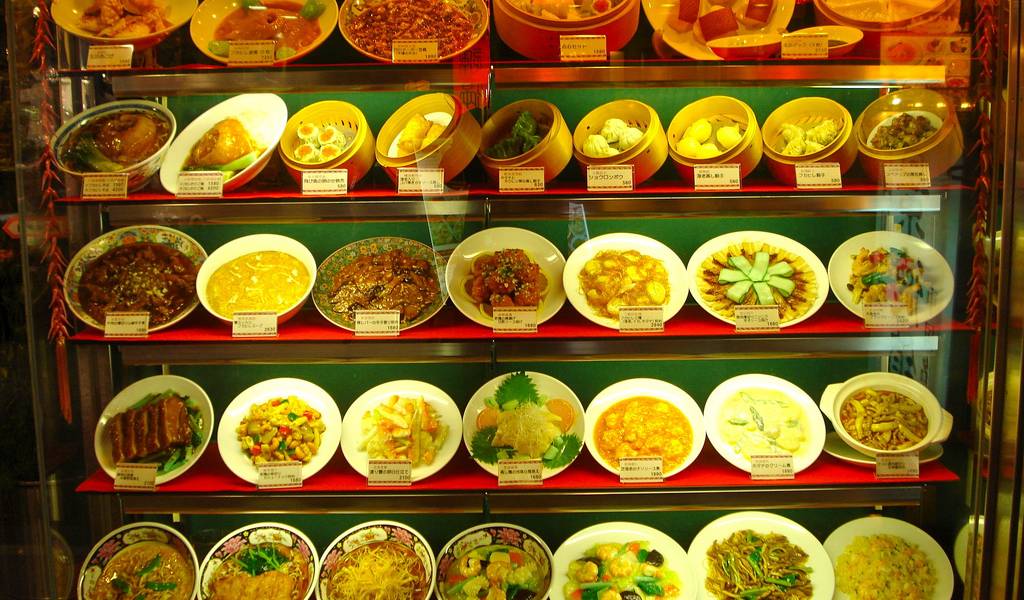 Although the Chinese are one of Japan’s largest minority groups and there are Chinese restaurants aplenty, most Chinese food in Japan has been adjusted to suit local palates. These dishes are called chūka ryouri (which literally means “Chinese cuisine”), but if you’re meticulous about “authenticity”, it’s important to make the distinction between this and mainland Chinese food.

Generally, you can imagine chūka ryouri as Japan’s answer to General Tso’s chicken, chow mein, and fortune cookies, which can be found in Chinese restaurants all over America but are not part of mainland Chinese cuisine. Unlike the MSG-laden Americanized Chinese cuisine, however, chūka ryouri is not usually that far off the bat, but there may be differences in flavor, consistency, or ingredients. Something interesting to note is that ever-popular ramen and gyoza are actually based on Chinese noodle dishes and dumplings, but are now more closely identified with Japanese cuisine.

Types of chūka ryouri that are popular in Japan are subuta (literally “vinegared pork”), which is sweet-and-sour pork with a thicker, lighter-colorer sauce than usual; chahan, Japanese fried rice; hiyashi chūka, a popular summer dish that is essentially chilled ramen; mapo tofu, which is mostly similar to its Chinese counterpart; ebi chili, shrimps cooked in a sweet chili sauce; and kakuni, or braised pork belly.

Where to get Chinese Food in Tokyo

Yokohama’s Chinatown, the largest in Asia, is as authentic as it gets, and it’s less than an hour away from Tokyo via train. But if you don’t want to go all the way there, here are some alternatives in Tokyo itself. Note that even restaurants mainly serving authentic mainland Chinese dishes also serve some chūka ryouri.

We’ve already covered this restaurant here. They boast of serving the best Peking duck in Tokyo. This succulent delicacy is a whopping 3980 yen, but this is actually reasonable if you have 3 people (or more, if you’re with diners with small appetites), and it comes with vegetables and soup. If that’s too pricey for you, their dumplings are good value for money.

With branches in Marunouchi, Shinjuku, and Tachikawa, they specialize in dumplings, xiaolongbao (a kind of steamed bun/dumpling), and an original dish that’s a crepe-like omelet with stir-fried vegetables. They also serve lunch sets for 500-1000 yen. Portions are generous, so it’s best to visit with a group.

And if you want an extremely cheapo option, try…

This is a popular chūka ryouri chain with branches all over Tokyo. Its noodles are called “chūka soba” rather than ramen, and noodle prices start at 390 yen. They also offer value sets such as chūka soba and fried rice. Big eaters will also appreciate the greasy goodness that is the W-gyoza set, which consists of 12 pieces of gyoza, rice and a few pieces of karaage (Japanese-style fried chicken), all for 620 yen. The staff also tend to give you a coupon for a free size upgrade for noodles or rice, encouraging you to keep coming back.