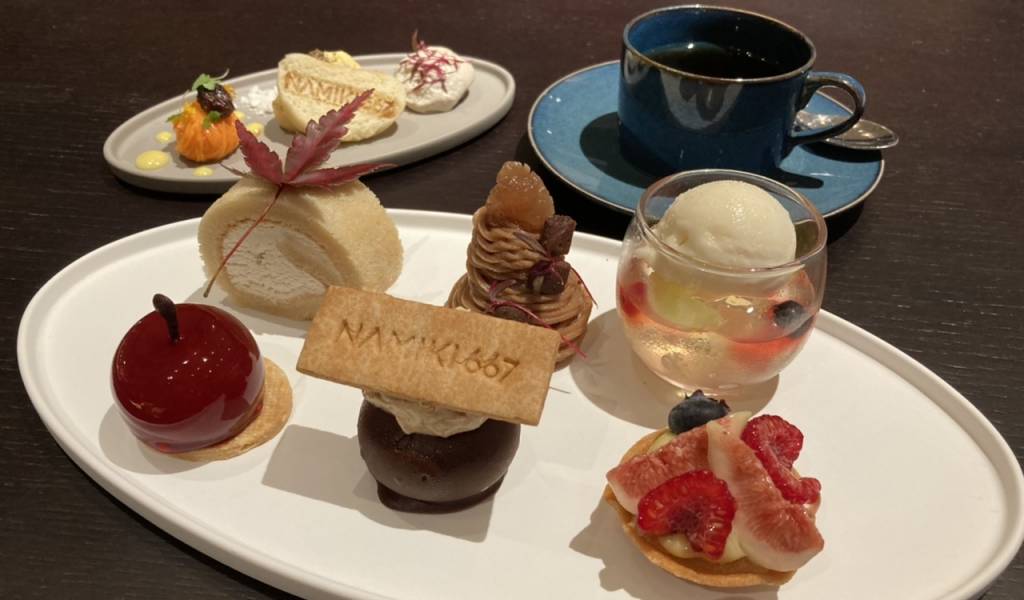 Japan can be a challenging place for a vegan. However, long term Tokyo resident and writer Chiara Terzuolo shows that the choices when eating out are greater than you might think. In order to share her vast knowledge, Chiara has produced the Tokyo Vegan Guide. We sat down with Chiara to discuss her book and to pick up some tips on living the vegan lifestyle in Tokyo.

Tokyo Cheapo: Please tell us a bit about yourself—what you do and how long you’ve been in Japan?
Chiara Terzuolo: I am a freelance writer/editor, inbound tourism consultant and singer based in Tokyo. I have been in Japan (this time) since 2011.

TC: How do you choose which restaurants make it into your book Tokyo Vegan Guide – do restaurants need to have some vegan dishes or must they be wholly vegan?
CT: There are a variety of factors I take into consideration (including location, prices, range of dishes and likelihood of surviving in Tokyo’s competitive restaurant scene) but the most important question I ask myself is: would this be worth traveling halfway across the world to experience this food? While many of the places in the guide are totally vegan, there are a number of omni/non-vegan places that offer some options that are outstanding. In those cases I always make sure to mention that they also serve meat/fish etc… so people can make up their own minds.

TC: What are some of your favorite vegan restaurants: For traditional Japanese? For international cuisine? For comfort food?
CT: For Japanese food one of my favorites is the rather fancy Fucha Bon, followed by the cheap and wonderful vegan karaage at Izakaya Masaka. For international cuisine, I am a big fan of the burgers at Great Lakes, the vegan American-style pizza at Pizzakaya and the marinara pizza at Savoy (for a splurge I go to Tudore Tranquility). For comfort food, the vegan ramen from T’s Tantan is a perennial favorite, as is the mac and cheese from Ripple. Dessert at Wired Bonbon is a must in my opinion.

TC: Is there a neighborhood (or neighborhoods) in Tokyo that has embraced the vegan lifestyle, making it easier to find vegan-friendly restaurants?
CT: While not entirely embracing the lifestyle, Shibuya, Aoyama, Nakameguro and other spots along the Toyoko Line tend to have a high concentration of vegan-friendly spots.

TC: What are some common vegan dishes that you can order at an izakaya?
CT: I tend to avoid izakaya because I dislike the atmosphere, but usually edamame, tofu (minus the katsuo bushi), tomato salad, pickled cucumbers etc… are a decent option.

TC: Are there dishes that are traditionally thought of as being vegan, but are actually not in Japan?
CT: One of the big ones is inari zushi (tofu pocket sushi). People don’t realize the tofu pockets are soaked in fish broth. Cheap mochi (the type not made by hand) also often has egg white in it.

TC: Can you find vegan snacks at the convenience store?
CT: At Natural Lawson there tend to be a good selection, but in regular conbini there are usually just some fruit, nuts, plain onigiri… however things are changing. More conbini are experimenting with selling plant-based meats, non-dairy milks and other similar foods, which is a new and positive development.

TC: Beyond dining out, what shops, ingredients or recipes do you recommend for cooking at home or at the hotel?
CT: Vegan Store in Asakusa, National Azabu in Ebisu, and Natural Lawsons around the city all stock some good quick options. T’s Tantan now makes vegan cup noodles which can usually be found at Natural Lawson, and Chaya Macrobiotics vegan curry packets seem to be popping up at some of the nicer supermarkets.

TC: What about vegan desserts in Tokyo?
CT: There are a number of great spots, such as Wired Bonbon for parfaits, Good Town for donuts and Glen’s Coco for ice cream… because of high interest in vegan sweets, I am adding a section all about them to the 2021 version of the guide.

TC: Where can readers learn more about you and your quest for vegan finds in Tokyo?
CT: You can find tons of free content on my Instagram and Facebook pages, or you can buy the guide on Amazon in either Kindle or print editions.

Also see our guide to Tokyo’s top vegan/vegetarian restaurants and our tips for surviving in Tokyo as a vegan.