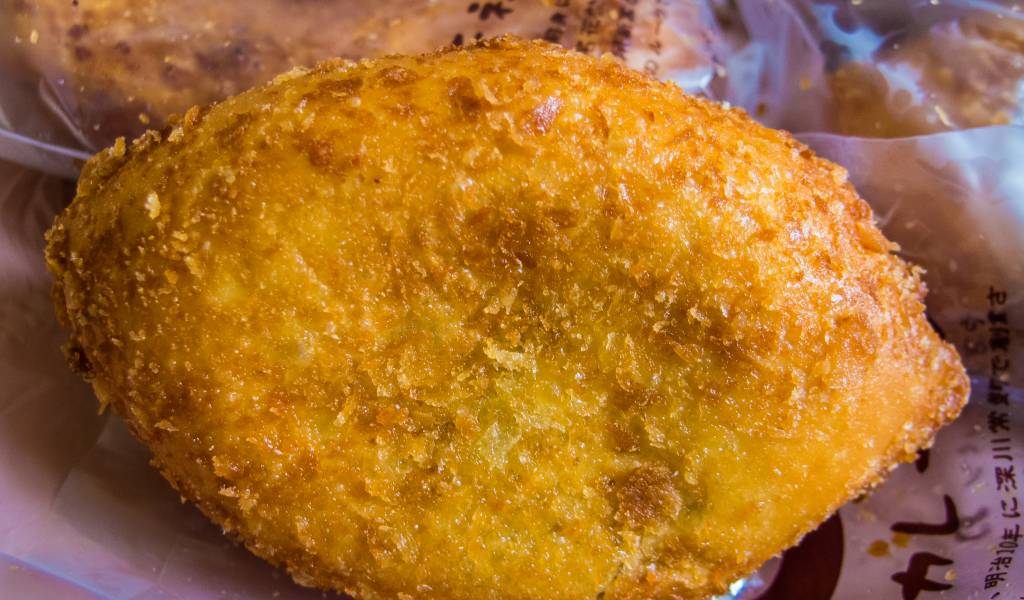 There are several things to do in the broader Morishita area, east of Sumida River, but Cattlea alone is almost worth the train ticket. On the outside it’s a small neighborhood bakery (named oddly enough after a Costa Rican orchid), but it’s packed full of history.

Almost a century ago (in 1927 to be more accurate), the owner of the bakery (which was already 50 years old at the time) whipped up the new gastronomical fad of the time: curry and deep frying (a Western method of cooking). The result was something that has come to be one of Japan’s most popular fast foods: karepan—i.e. deep-fried bread with a curry filling.

At ¥194 Cattlea’s karepan is expensive, at least by karepan standards: It’s at least 50–60% more expensive than the version you get at most convenient stores. But really—leaving aside the Japan’s obsession with ganso (Japanese for “founder” or “inventor”) and how they’re certainly better than anyone after them—Cattlea’s karepan is among the best things you can eat in Tokyo and a steal at this price. It’s just crispy enough on the outside, the bready part is neither too thick nor too thin, and as for the curry itself, it’s the closest I’ve tasted to what a pretentious food critic would call “edible velvet”. Plus the amount of curry used is easily double that of the konbini karepan.

Get there from the A7 exit of Morishita Station on the Toei Shinjuku and Toei Oedo lines–turn right, walk for a few yards and you’ll see it right there. They’re open everyday (except Sundays) from 07:00 to 19:00 but the best times to get your karepan freshly baked are at or around 07:00, 11:00 and 15:00. And while you’re there, wander a little: Morishita is classic shitamachi (old school downtown Tokyo) with a very nice neighborhood atmosphere.