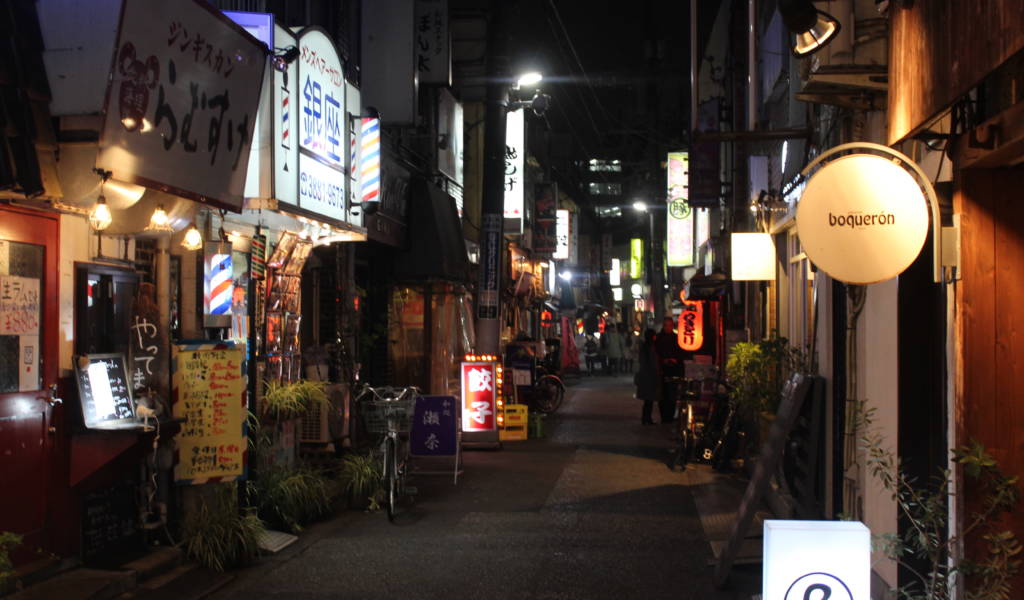 Alleyways, or yokocho, in Japan are a central component of urban nightlife. There’s nothing quite like squeezing into dimly lit wooden bars alongside local nightly revelers and hunching under low door frames into pint-sized establishments that offer peculiar juxtapositions of seediness and conviviality. For us, there’s no better—or cheaper—spot in Tokyo to do that than Kitasenju’s Nomiya Yokocho.

Yokocho culture has not been lost on the increasingly large numbers of tourists traveling to Tokyo year over year; 2020 is set to see unprecedented levels of visitors making their way to the capital. This huge influx has caused Golden Gai, Omoide Yokocho, Nonbei Yokocho, and the like to lose some of their charm and authenticity—while their rates have gone through the roof.

Nomiya Yokocho, for the time being, has not quite succumbed to this transition just yet: happy hours abound, whereas those nasty cover charges are all but absent. This is largely thanks to its location in the less-frequented northern ward of Adachi.

Yet after dark, there is a real sense of energy pulsating around the yokocho’s lamp-lit corridors, with its open shop fronts, raucous local clientele, and shoebox bars and yakitori joints spilling out onto the streets. Even the grungy men’s clubs with their tacky neon signage add to its distinct character.

If this sounds like it’s right up your alley, then here are some cheapo recommendations for you.

While drinking is the activity of choice in Nomiya Yokocho, the restaurants lining its narrow confines provide an equally interesting cocktail of vibes. Yakitori and Japanese sharing plates dominate the fare, and most of these shops are reasonably priced. Kabura-ya does meat and vegetable skewers for less than ¥100. Yet the new wave of foreign food restaurants are the pick of the culinary bunch.

Suggested Activity
Go Bar Hopping in Shibuya
Explore the underground food scene of Tokyo's coolest nightlife district, with a friendly local guide. Experience Shibuya like you live there, by sharing a table with locals and sampling Japanese beer and pub dishes. This is one of the most highly rated tours in the city!
Click here for details

Agalico is a unique izakaya and difficult to define—Japanese-European-Asian fusion tapas, perhaps? They serve spicy chicken wings, garlic prawns, finger food smorgasbords, European pastas and South East Asian cuisine, along with a rotating craft beer selection. If you’re so inclined, you can sit around low tables on a platform just above the bar, where the staff will unceremoniously launch your dinner up to you. Honestly, it’s great. The craft beer can be a little pricey, but if you split the assorted tapas board between two and add in a couple of glasses of house beer, it will knock you back around ¥1,250 each. 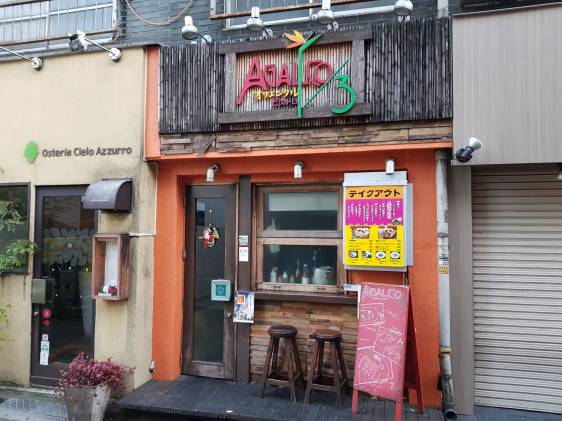 Beer-Ma is a standing craft beer bar and liquor store: look out for the patchwork of blue corrugated steel sheets nailed together above its glass-walled entrance, and the illuminated crowds of beer drinkers huddled together inside. Their selection of 1500 beers can be bought by the bottle to take out, or drank inside by the glass. Some of the cheaper local brands, like BrewDog or Baird Beer, start from around ¥400.

Nanban Try is another standing bar in the area, with shades of the miniature ramshackle pubs that typify the classic yokocho style. No more than four of five patrons can squeeze into its lone room, but if you’re lucky enough to get in, expect a welcoming atmosphere. Old records play over the analog speakers, while conversation between fellow imbibers and the accommodating bar staff is usually free-flowing. All drinks are ¥500—the ume (plum) sour is hard to beat—with accompanying light snacks available.

Next door to Nanban Try is Foot Rize. You can sit in here, don’t worry. If the seats along the bar are full, as they often are, place yourself around low tables in the room next door, where you’ll find a couple of four-to-five-person booths. When you’re ready to order from the girthy menu, ring the bell to attract a server’s attention.

There are several beers on offer, while the cocktails and spirit lists are equally capacious. Drinks may be a little more expensive than other spots along the yokocho (around ¥500–¥600 a pop), but they come with a plate of sweetened vegetable chips on the house. Plus, if you’re still hungry, you can order personal-sized pizzas for just ¥300.

This should be enough to get you started at Nomiya Yokocho, but part of the fun is discovering hidden spots for yourself. That sense of discovery is one of the great delights of yokocho culture. Plus, if the last train passes you by, there are several karaoke chains near Kitasenju Station to keep you occupied through the wee hours of the night.

Kitasenju
Written by: David McElhinney
Filed under: Eating & Drinking
Tags:
Sharing
Questions or comments about this article?
Start a thread on our community forum
Ask our local experts about Tokyo