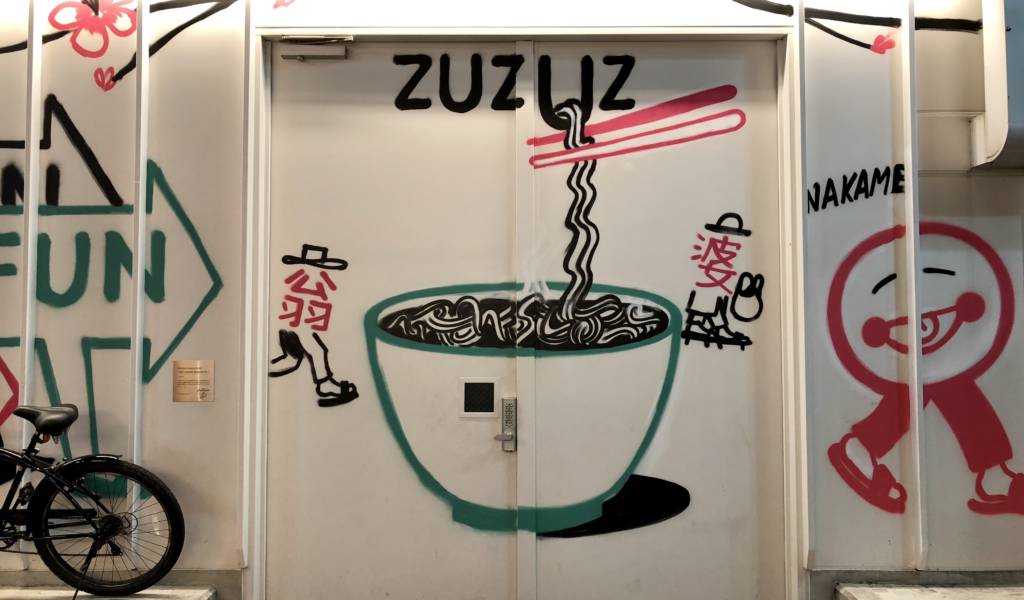 Under the Beaten Tracks in Nakameguro

One of Tokyo’s trendiest districts, Nakameguro is a maze of narrow streets that are brimming with all manner of cool cafes, quirky shops, street art and other things that necessitate more than one visit to fully explore.

Other than taking a stroll along the famous Nakameguro Canal during cherry blossom season, one of the best ways to experience the area is simply getting off the train at Nakameguro Station and following the tracks in the direction of either Shibuya or Yutenji.

Under, alongside and nearby the tracks you will find every kind of cuisine that the mind can conjure. Ramen is lined up alongside Spanish cooking, pastries are interspersed with curry, oden and more. And of course, this being hipster heaven, there’s craft coffee and tea to wash it all down.

Below are just a paltry five of the highlights on the road that leads you towards sleepy Yutenji. If you don’t have a SIM card or wifi router that allows you to use a map app to confirm the direction, just ask the station attendant to set you right.

Though there are a number of tempting taverns along the way, we’ll start with a little oden shop on the left corner as you walk up from the station.

Pro tip: These tracks are best followed in the late afternoon or early evening for maximum enjoyment. With the exception of the coffee shops, not much is open until late in the day.

Toridashioden Samon is a stylish place that specializes in one of Japan’s traditional winter comfort foods, oden. Seen at the front of convenience stores in the cold months, this is a dish that can be described, rather basically, as a bunch of stuff in a broth. I must admit, I was leery of it for many years, but now I’m firmly on the side of all things oden.

Toridashioden Samon, which is open all year round, simmers ingredients both traditional and unconventional in an umami-rich chicken broth. You can sample fusion offerings like tomato with a touch of kelp, old-school favorites such as eggs, tofu, fish cakes, konjac and daikon radish, and others like potatoes and greens. Grilled chicken skewers and beer are also on the menu.

There is almost always a line outside, even on rainy days, meaning there’s a chance you’ll have to stand and wield chopsticks while holding an umbrella (gaijin mastery, 10 AP). The staff can be a little grouchy (ah, Tokyo), but the oden experience is worth it. It’s not cheap, though; expect to fork out around ¥3,000 to cobble together a full meal. 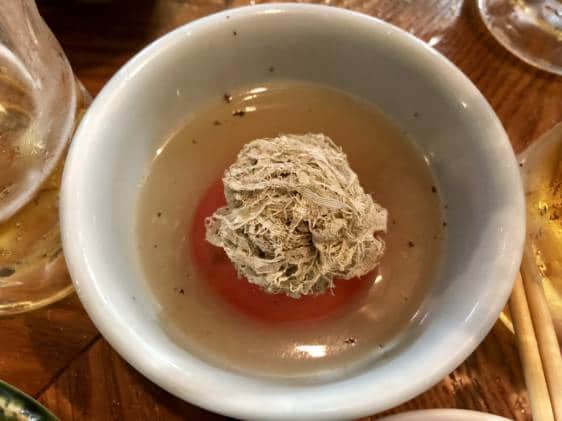 Craft that’s not artless at all

Towards the top of the street, where things start getting super narrow, is a caffeine specialty store like none other. A clean black counter, a handful of stools, a range of single origin coffees and Japanese roasted teas, served by a seriously Zen barista. This is “artless craft”, and it may just be the universal source of the modern hipster, or perhaps something deeper.

Speculative ramblings aside, their cafe au lait with organic milk and honey (¥700) is jolly good, as is their roasted green tea (houjicha). Their charcoal tea and mysterious rock ice coffee (of which there are only eight cups daily) are on the to-imbibe list too.

There are also soft drinks, sweet eats (including vegan cake) and, on Friday nights, cocktails.

One of Tokyo’s more established Mexican joints, Junkadelic will stuff you full of cheesy nachos, quesadillas, fajitas and whatever else your spicy little heart desires. Tacos? Check. Chimichangas? Plenty. Margaritas? Frozen and waiting for you.

Budget about ¥2,500 for a hearty helping of this self-proclaimed “comfortable Mexican” chow. You’ll find the restaurant tucked away on the right corner of the road as you wind your way up from artless craft. 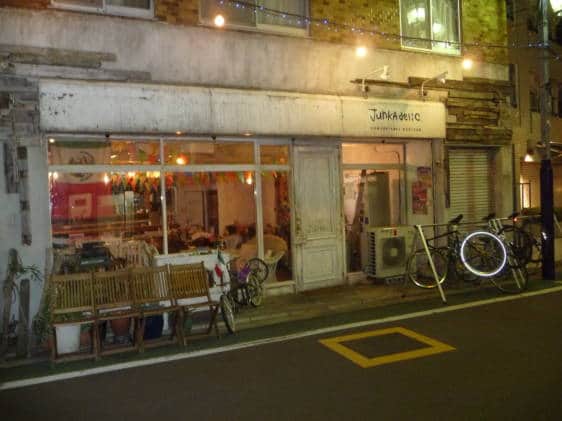 If you like wholesome food and locomotives, this is the place to go for lunch or an early dinner. Curry Station Niagara is the labor of love of an elderly Japanese train fan, and a fun favorite among visitors to the area. Closer to Yutenji Station than Nakameguro, this little “only in Japan” gem can be found by following the narrow back streets as they skirt the train tracks.

You can expect Japanese-style curry and rice (delivered by model train, if you’re lucky) and more train memorabilia than even the most ardent trainsters can process in one sitting. After the meal, you might be tempted to try your hand at some Tokyo trainspotting yourself, or perhaps give the 140-yen train hack a go. 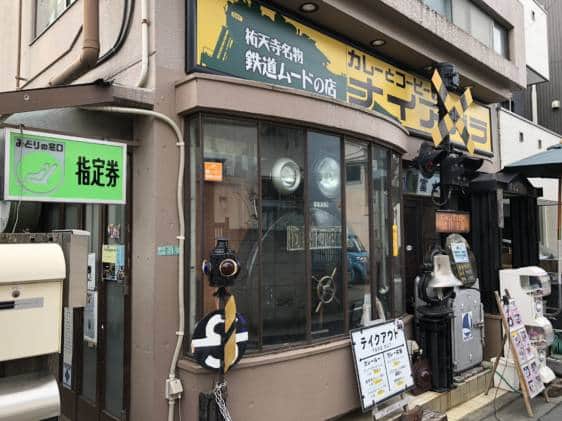 If that doesn’t float your boat (mixed metaphors ftw), you can always pop into the oddly named but immensely popular Curry Shop Inoue Chimpanzee—a tiny restaurant on the way back to Nakameguro Station. Never without a sizable queue of hungry hopefuls, the food-stop specializes in Japanese-style curries, with an underlying fruity twist. Try the ginger pork stir-fry curry with egg (raw or otherwise) for ¥850 and throw in a lassi (banana or mango) for an added ¥450. They like the phrase “curry or die”, so do we.

There are many, many more awesome stops under and near the tracks. Some come, some stay, some go—the area seems to be in a constant state of flux.

The best approach is to simply wander around and into whatever catches your eye. In addition to the abundance of eateries, there are stores selling art, apparel and all sorts of other gear.

When you’ve seen/eaten all the things, you can head the other way, down to deeply cool Daikanyama and staggeringly busy Shibuya.

For other ideas on what to see and try, have a look at our list of 10 free things to do in Nakameguro.