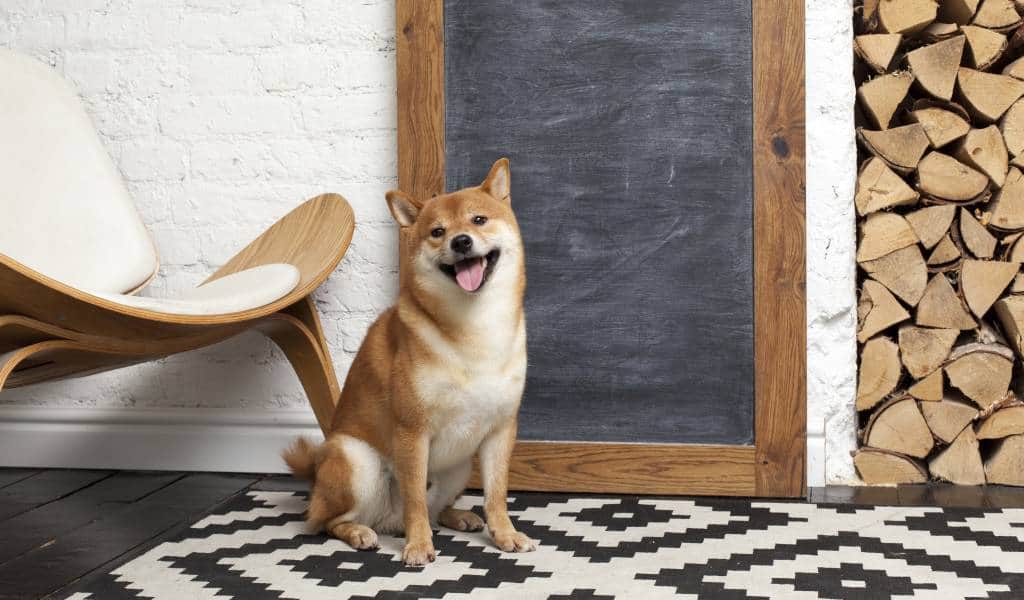 Everything You Need to Know About Shiba Inu

Whether you know it by name or not, anyone who’s a Japanophile — or just spends a lot of time on the internet — will be familiar with the adorable ball of fluff that is the Shiba Inu. They are an official living national treasure of Japan, and they’ve also firmly established themselves in internet culture through memes and cryptocurrency (which made research for this article an interesting task). But there’s a whole lot more to these dogs than internet memes and cuteness.

Shibas have a long history in Japan — and we mean long. There is archaeological evidence of dogs matching their size going as far back as the Jōmon Era (approximately 14,500-500 BCE). The Shiba Inu we know today is likely to be the result of cross breeding between those ancient dogs and other breeds brought to Japan over the following centuries. These dogs were specifically bred to hunt small game, which explains their sturdy stature and occasionally fiery attitudes.

But the world almost missed out on the opportunity to fawn over these dogs. A combination of factors, including World War 2 food shortages and disease outbreaks meant that Shibas almost went extinct in the 1940s. Breeding programs were established to save Shibas and there is a now healthy population — thank goodness!

Shiba Inu are now one of the most popular pets in Japan. They also star in a number of anime/manga, like Oda Cinnamon Nobunaga and Lovely Muco. Real life stories of brave Shiba Inu protecting their owners are also popular. The movie A Tale of Mari and Three Puppies is a good example of this, and was popular with Japanese audiences.

Shiba Inu have also inspired memes like Doge. Which in turn inspired cryptocurrencies like Dogecoin and Shiba Inu. There are also numerous Instagram accounts dedicated to people’s pet Shiba Inu, including Kabosumama. This account belongs to the owner of Kabosu — the Shiba behind the original doge meme.

So what do you do if you want a Shiba Inu as a pet?

First, you need to look past their initial cuteness and meme-ability. Pets are a commitment and you need to decide whether a Shiba Inu would really be a suitable pet for you. They are very loyal pets, but also very independent. They need training to teach them good manners. The fact that they were a hunting breed also means they might not be suited to households with small animals. If those things aren’t deal breakers for you, then your options depend on where you are in the world.

If you’re in Japan you can reach out to an animal shelter. While there’s no guarantee there’ll be a Shiba Inu waiting just for you, animal shelters are a good place to start your pet ownership journey. Pet shops in Japan have windows full of cute Shiba Inu, but the sad reality is that these guys are incredibly expensive, and often the result of puppy mills. By going to an animal shelter you are not only giving abandoned or neglected animals a second chance, but also avoiding inadvertently supporting poor breeding practices. And anyway, even if you don’t find your dream Shiba Inu there, who’s to say you won’t fall in love with another just as deserving dog (or even cat).

If you want more information on adopting animals in Japan, be sure to check out our pet adoption guide.

What about Shiba Inu ownership in the rest of the world?

If you live overseas, your options are more limited. Our advice of first visiting an animal shelter still stands, there are just too many animals waiting for homes to not mention it. But if you absolutely must have a Shiba Inu, seeking out a reputable breeder is the way to go. This will involve a lot of research on your part. Ideally the breeder should hold some sort of registration with your country’s kennel club or a similar group. Look for breeders who will allow you to visit their kennels so you can get an idea of the conditions their dogs are kept in. If anything feels off, trust your gut. It’s better to come away empty handed than support the neglect and mistreatment of animals.

Other places to get your daily dose of Shiba

Pet ownership not an option for you? You’re not the only one! Luckily, there is no shortage of Shiba Inu memes, Insta accounts and Shiba
themed merchandise out there for you to indulge in instead. If you want to see a Shiba Inu in person, visiting a Shiba Inu cafe might be tempting, but as we point out in this article animal cafes don’t always care for their animals well. And finally, there’s always the most cheapo friendly option — dog watching. You can head to your local park, but if you have time head to Yoyogi Park. There is a dog run there where you’ll be able to see dogs of all shapes and sizes having a blast. Some friendly owners might even let you pet their dogs once they’re all tuckered out.

Written by: Maria Danuco
Filed under: Lifestyle | Living
Tags:
Sharing
Questions or comments about this article?
Start a thread on our community forum
Ask our local experts about Tokyo