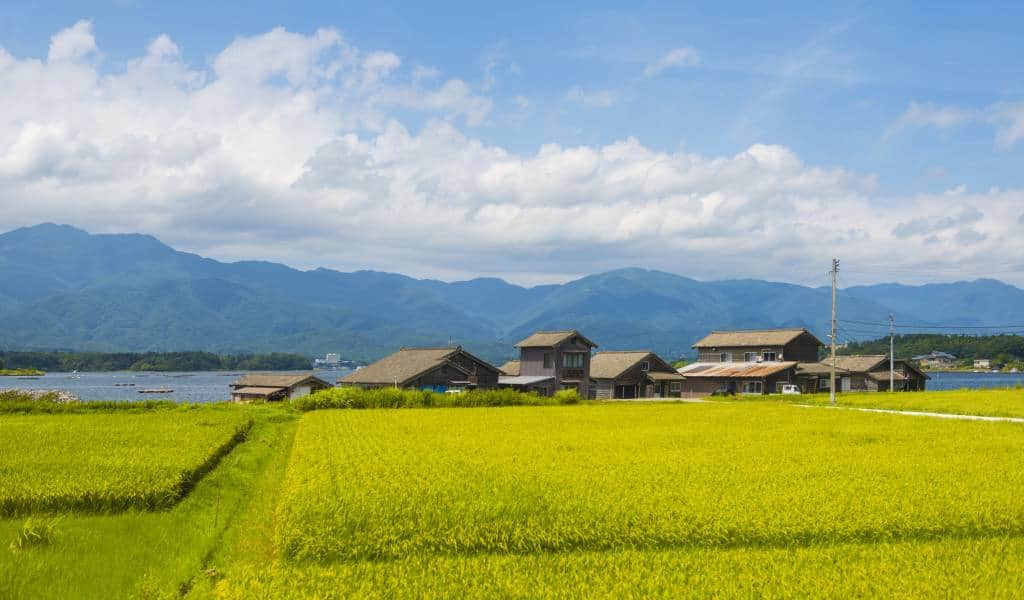 Akiya: Vacant Houses in the Japanese Countryside for a Steal

Do you yearn for a home in the Japanese countryside, far from the hustle and bustle of big city life? An akiya (abandoned house) may be the opportunity you’ve been waiting for.

What is an akiya?

Quite simply, akiya (空き家) means “empty house”. What it really means is a vacant home in a small town (possibly in the middle of nowhere) that no one wants to move into and which real estate agents have basically given up on trying to sell. Akiya are both a symptom of Japan’s rapidly falling population and of the overwhelming preference of Japanese home buyers for newly built houses over older buildings. When seniors move to smaller houses or care facilities, or pass away, there are no younger generations around to move into their big, old houses and keep small towns going. In addition, some akiya may be stigmatized properties.

According to an article on Japanese real estate information site Lifull Homes, in 2013 there were an estimated 7.57 million akiya, making up 13.1% of Japan’s total housing stock. With the “population problem”, as it is referred to within Japan, the number of vacant homes is set to explode with projections of a fall of Japan’s population from the current 126 million to 88 million by 2065.

Akiya are often quite large. For example, most of the houses on the akiya bank for Usuki City in Oita Prefecture in Kyushu are enormous compared to modern Japanese homes. Looking for a nine-bedroom house? They got you covered. Don’t expect real space though. An examination of the floor plans shows that most rooms (as you would expect with old Japanese houses) conform to the 4 1/2 to 6 tatami mat standard, usually with one larger room of 8 to 10 mats. The kitchens in particular can most generously be described as rudimentary. For toilets, you might need to squat!

What to be aware of with akiya

These houses are often old, unwanted and have sometimes been left empty for an extended period of time. So straight off the bat, making your akiya livable may require an investment to bring the house up to scratch. Depending on the age and construction method of the house, repairs to the existing structure could run into the millions of yen. If your plan is to bring the house up to a modern standard with things like insulation, soundproofing and new wiring, then you can add another zero to that cost. There may be subsidies available from the local municipal government for renovating akiya, so make sure you ask at the akiya bank (see below) about this.

Additionally, you should forget about akiya as an investment. Unless there is something special about your akiya (for example, if it’s a traditional farmhouse with lots of historical character) and you spend a large amount on renovation, you will also have trouble finding a buyer.

No, but they can be very cheap. Some are as low as JPY 50,000 to buy. Prices this low are the exception rather than the rule though. Large houses on a substantial lot of land are often listed for JPY 2 million, with the potential to negotiate a lower price. Let’s face it, if the place has been empty for a few years with no interest from buyers, then the seller probably has unrealistic price expectations due to sentimentality or the sunk cost fallacy.

It’s also worth noting that not all akiya are for sale. Some are for rent. These rents can also be extremely low—sometimes under ¥10,000/month. All the same drawbacks of buying an akiya apply: If you want to make a ¥10,000/month house livable, you will need to spend a small pile of cash on fixes.

Recently some municipalities have started to get more creative with their approaches to dealing with akiya, even offering to help cover some of the extra costs involved, and a small number of municipalities in rural areas do offer free houses. But in both cases they come with strict conditions attached. One condition could be that you agree to live in the town for a certain number of years before you obtain the title to your house. The preference for those is young families.

The other thing to be aware of with free or very cheap houses are the taxes that you have to pay in addition to the purchase price.

When buying any existing house and land in Japan, there are five different taxes to be paid. From most expensive to least expensive, they are:

Additionally, you should budget about another JPY 100,000 for lawyers fees. The cost of the “judicial scrivener” (司法書士) who will draw up the contract and carry out the changes in registration is usually borne by the buyer.

Unless you are using an akiya bank, or buying a foreclosed property, you will also need to pay the real estate agent. Although it would be illegal in many Western countries, Japanese real estate agents can collect a commission from both the seller and the buyer. This is limited by law to 3% of the sale price + JPY 60,000 + consumption tax. On our hypothetical JPY 2,000,000 purchase, this would be a maximum of JPY 132,000.

Akiya are not just an issue of falling demand and collapsing buildings, unoccupied homes also bring down the value of the surrounding houses and the lack of new residents is a threat to the survival of whole villages and towns. Without a stabilization of the population, services like supermarkets, medical centers, care homes, schools, shops and restaurants aren’t viable. When these services disappear, the decline of the village accelerates. To address this, local governments throughout the country created akiya banks—offices specialized in looking for new owners for akiya. Their aim is not just to find buyers for the akiya, but to revitalize the village. The word “bank” is a little misleading and reflects Japanese usage of the English loan word. It’s more akin to a blood bank than a financial bank.

Although there are plenty of websites like this one that collect listings from throughout Japan, they tend to present the more average-priced houses. They’re still after a commission, so it’s in their own self-interest to highlight higher-priced, easier-to-sell homes. For the real bargains, you need to check the sites set up by the municipalities—and there are hundreds. Not surprisingly, there is no accommodation for English speakers with these sites, although anecdotally, most are receptive to approaches from foreigners. Not unusual for Japan, plenty of akiya banks don’t have websites, or the website is just a place to put their address and phone number. If you are interested in the area, you can call/email and request information.

The way that each Akiya Bank operates can vary a lot. Most ask that you register so that you can receive information updates on new akiya that come on the market, or when there is a price drop. However, this registration can be as simple as filling out an online form, right through to having to fill out multiple paper forms with your personal seal affixed and writing a letter to the mayor!

For more information on akiya banks, including advice on how to deal with them, see our guide to akiya banks.

This post was originally published in October 2020. Last updated in August 2022 by Maria Danuco.