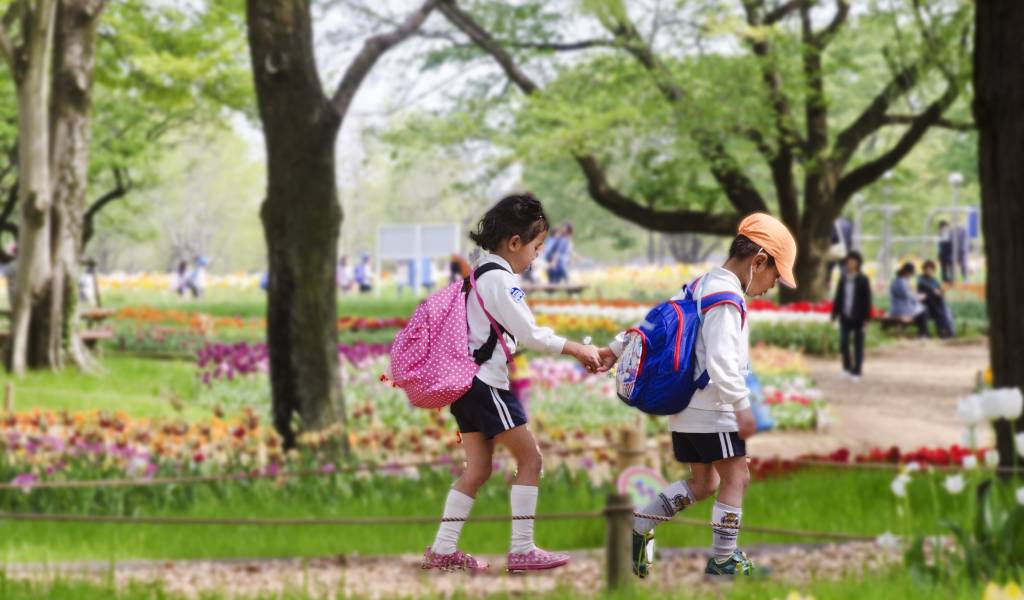 The Showa Memorial Park, also known simply as Tachikawa Park, is a family favorite in Tachikawa – just off the Chuo Line. With 11 kilometers of bike paths, weekly events, a variety of ponds, flowers, and nature formation, Showa Kinen Park has a little bit of something for everyone.

The main park is free. If you’re willing to shell out a bit of yen (400 yen to be exact), you can pay to go inside the inner park.

The inner park has a couple of fun cycling paths, a Japanese Garden, a Japanese tea house, a couple of souvenir shops, some nice fountains, and some beautiful flowers. Couples can rent one of the tandem bikes (or if you’re fighting/just with friends, you can rent regular bikes) for cheap; by bike you can explore most of the inner park without a problem.

The highlights of the inner park of Tachikawa Showa Memorial Park are the cherry blossoms in the spring, the tulips in the spring, Christmas illuminations in December, fireworks festivals on weekends in July, the “Fuji viewing mountain” lake, the Japanese garden and tea house, and the bike paths. On semi-cloudy days, you can get a glimpse of amateur models and their photographers, doing photo shoots amid the gorgeous scenery in the park.

However, as I mentioned before, the outer park of the Tachikawa Park is completely free. The ground is fairly flat; most of the Showa Memorial Park actually encompasses the former Tachikawa Air Force Base and Japan Self Defense Force Base.

On weekends, they will have festivals or events near the entrance of the free park. When I went, they were holding an international food festival. They’ve also been known to have live performances or traditional Japanese festivals.

The entire park is a mixture of futuristic technology and simplistic nature. For instance, near the entrance of the park, they have escalators that lead up to the top of a hill. I’m still not quite sure why.

In any case, the Showa Memorial Park is a great place to relax on the weekend. It is full of families with kids, couples, and groups of pre-teen girls. When I went, there was a group of five bodybuilders that were tanning on some of the park’s foldable chairs.

I get the feeling you never quite know what you will get when you go to the park in Tachikawa. You should try it out and see.