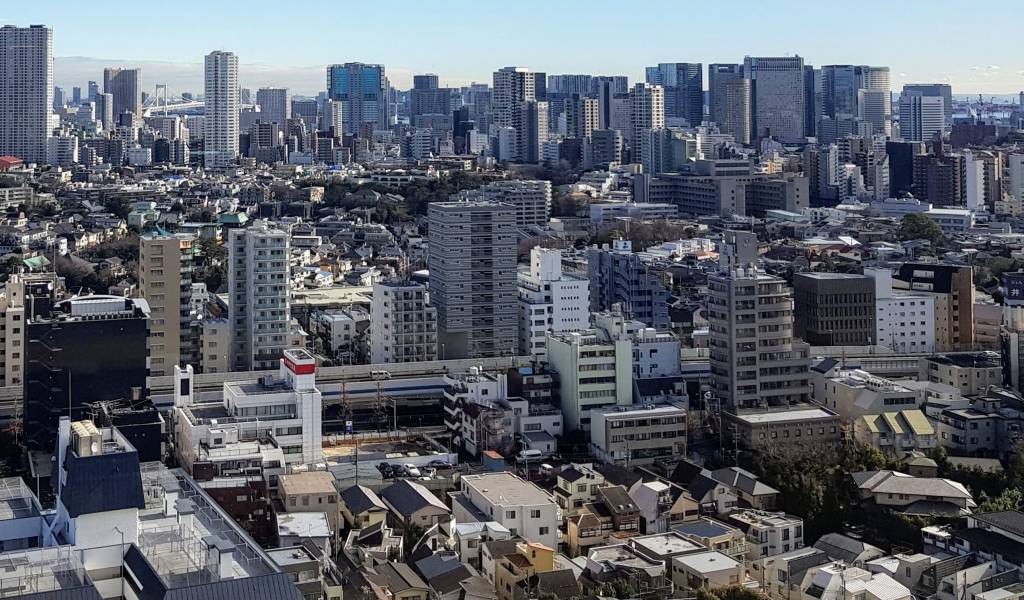 How to Rent an Apartment in Tokyo: A Cheapo's Guide

There’s a wide array of available accommodations in Tokyo, as you would probably expect from the biggest city in the world. If you’ve rented an apartment before in your own country, you might be wondering what is the point of writing a guide about it. You just go to the rental agency, pick a place you like from the available listings, and sign a contract, right? Well… not in Tokyo.

I mean, not at all. Even if you have wads of yen spilling out of your pockets and are willing to waste them (a cheapo isn’t), you can’t assume it’s going to be easy and straightforward—especially so if you are a gaijin (foreigner). So, let’s have a step-by-step look at how to get the best possible accommodation, without getting yourself into an unnecessarily expensive contract.

Renting an apartment in Tokyo (or Japan in general) is typically expensive, with the initial set-up fees costing 5 or 6 times that of the rent. The effectiveness of this business model is questionable, since it makes everyone less likely to relocate, but that’s how it works so you need to get used to it. A deposit is almost always required (1-2 months), like anywhere in the world; but be careful, sometimes landlords will do everything they can to keep it while you move out, trying to charge you for any possible repairs or refurbishment. An agency fee is common custom as well, and it’s usually hard to negotiate on it (0.5-1 month). What rockets the moving price to crazy levels are other pointless fees like cleaning fee (nobody gets how cleaning a two-room apartment costs 40,000 yen), “24-hour life support” (what?), among others, together with the key money (1-2 months), which is essentially ‘thank you’ money for letting them rent you the apartment. The last one was introduced at the end of WWII, when the Emperor imposed fixed rent costs in Tokyo to prevent the few apartments left standing from becoming overpriced. Landlords smartly decided to introduce key money, and it’s imposed even now that apartment prices are no longer fixed. Depending on where you are going to live, you might be able to get a nice discount on all of the above. You also have to pay the liability insurance: the agency is going to offer you a plan that’s three times overpriced, but online you’ll get something more reasonable (4,000 yen/year for a small apartment) in 10 minutes. Don’t let them force you into getting the insurance they’re offering—it’s illegal.  Finally, you will need to have a Japanese guarantor: companies and universities will probably offer this service for free (or almost free), otherwise the rental agency can do it for you (0.5-1 month). Some of them may force you to use this service from them, and in this case it’s perfectly legal. These are basically all the initial expenses, but keep in mind that every month, together with the rent, you will pay for a maintenance/common expenses fee (0-10,000Yen), that fortunately is always clearly stated on any agency website.

As you probably concluded after reading about the initial costs, paying all all those fees upfront is not worth it if you just plan to stay a few months. Luckily, there are some short-term accommodation options (with no key money) available too: Sakura House, Oak House, Leo Palace are some of the biggest ones. You will get a furnished room or small apartment, without paying crazy fees, and supported by English-speaking staff. However, all of this comes at a cost: the rent is typically going to be about 50% more expensive than standard apartments, so this option is not suggested if you plan to stay for a long time.

While planning a longer-term stay, it’s worth taking some time to find a good and reasonably priced apartment. Gaijin-oriented websites—those you find by typing in Google “rent apartment Tokyo” (or more smartly “rent cheap apartment Tokyo”)—are by far not the best in this case. Less choice and higher prices make them worse than sites aimed at Japanese renters, like Suumo or Chintai—which are in Japanese, but Google Translate is fortunately able to help you if you can’t read it. The disadvantage here is that you will waste some time checking out apartments you will not be able to rent. Why? Because there’s no anti-discrimination law, so landlords are perfectly allowed to not accept foreigners. However, the money you will save with these websites and the related agencies are worth some “sorry no gaijin” calls, when compared to the previously mentioned ones. Lastly, UR (Urban Renaissance) apartments are typically cheaper than average (lower moving cost especially), although availability can be quite limited. Both UR and Suumo actually offer “suicide/deadly accident apartments” (Jiko Bukken) for unsurprisingly reduced prices, typically half of the average cost in a certain area. You will also find out that they are always completely renovated, to make them more attractive. With this option there’s just one thing to consider, are you afraid of ghosts?

Living in downtown Tokyo is of course nicer, especially in the Shibuya area. Fortunately, prices vary quite a bit depending on the neighborhood, so if you check our Tokyo rent map to determine budget-friendly zones, you might be able to save some good money. Since trains in Tokyo don’t run 24h, it’s usually nice to live reasonably close to where you like to hang out so you don’t need to worry about the last train, while of course living close to where you work is more convenient and will save you some time every day. Try to find a good balance, it’s usually feasible.

If you have a very limited budget, choose the train line, not the neighborhood. The further out you go from central Tokyo, the cheaper apartments become. And quite a bit actually, especially for the initial cost (much more negotiable). Being on a good train line will mean you’ll be able to leave quite late from central areas—and avoid living near random stations on train lines not connected with nice/poppin’ places.

In both cases, living far from the station will save you a lot of money: Japanese people pay a premium to stay close (5 min), and prices drop considerably while getting further. And since you are not regularly going to the gym (—are you? Well, you have better time management skills than I do) some exercise is not going to hurt you.

Timing, Sharing and Other Tips

To get the best deals, you have to know about ‘moving season’. In Japan, people typically relocate themselves in April, at the beginning of the fiscal year, when you usually get a new job or get assigned to a different company office. Same, but less relevantly, happens in October. This basically means that you should not get your own apartment in these months, or in those immediately preceding them. Agencies are quite optimistic, and they will assume they will certainly be able to fill any of their apartments (although it doesn’t happen at all, Tokyo and the Kanto region have about 15% of empty rooms), so they are not going to be willing to negotiate. Sometimes, it’s much cheaper to stay a little longer in a temporary location to wait until moving season is over.

Sharing apartments in Tokyo is uncommon, to be euphemistic. Even among students it’s much more common to get a single room apartment. There might be many reasons, that we are not going to investigate, but in general if you don’t already know someone who is willing to share an apartment, you’re out of luck on that option. Share houses (like Sakura House we mentioned above) are still quite different to what Westerners are used to, being more similar to hostels. They will typically be relatively expensive, while getting a proper shared apartment with friends can be extremely cheap. Also, larger apartments tend to be nicer than single room ones, having a proper kitchen and so on.

The age of the building is going to majorly influence the rent price. Japanese people, especially those older than 30 years old, are willing to pay more to get a brand new apartment, and this together with earthquakes justifies the demolition-reconstruction cycle you will see everywhere in Tokyo. In general, getting an apartment 10-20 years old (in most countries it would still be considered new) will save you some good money and allow you to live quite comfortably. Older ones (built in the ‘80s) might be lacking a modern look, but many are far from shabby and can save you even more. Note, though, it’s not advisable to get anything built before 1981, when earthquake safety laws became more restrictive.

We finally get to the important part: how to get the best deal once you’ve chosen your new apartment. It might be harder or easier depending on where and when you want to move, but there are some points that will work in general.

Main thing, negotiate on the extra fees, not on the rent. If you are lucky you will get a 5% discount on the rent, but key money (free cash given to the landlord while moving in) and many other pointless move-in fees can typically be dropped if you don’t move in in April. Depending on where you are going to settle, you might be able to do away with all of them, except the deposit (check if you will get it back, sometimes it’s just a name for a moving fee) and the cleaning fee that they theoretically paid in advance.

Finally, for some reason every agency has access to every apartment listing in Tokyo. If you’re interested in another agency’s listing, your current agent will certainly let you rent it through them. What happens, though, is that you will need to pay an agency fee to both parties (approx. 1.5 month of the rent’s cost). Speak to different agents, check which apartments they are actually managing, and you will avoid wasting money (which you’ll need later to furnish your apartment!).

Written by: Giulio Coral
Filed under: Lifestyle | Living | Places to stay
Tags:
Sharing
Questions or comments about this article?
Start a thread on our community forum
Ask our local experts about Tokyo